Fortnite has been removed from the Google Play Store for Android devices hours after the game was removed from Apple’s App Store. The reason for its removal from both stores stem from Epic’s decision to allow players to purchasing Fortnite’s in-game currency directly from the publisher.

This policy change meant Epic would charge 20 percent less if players purchased V-Bucks through Epic than if they did so through Apple or Google. In a statement to The Verge, Google said Fortnite’s sudden change “violates [its] policies.” 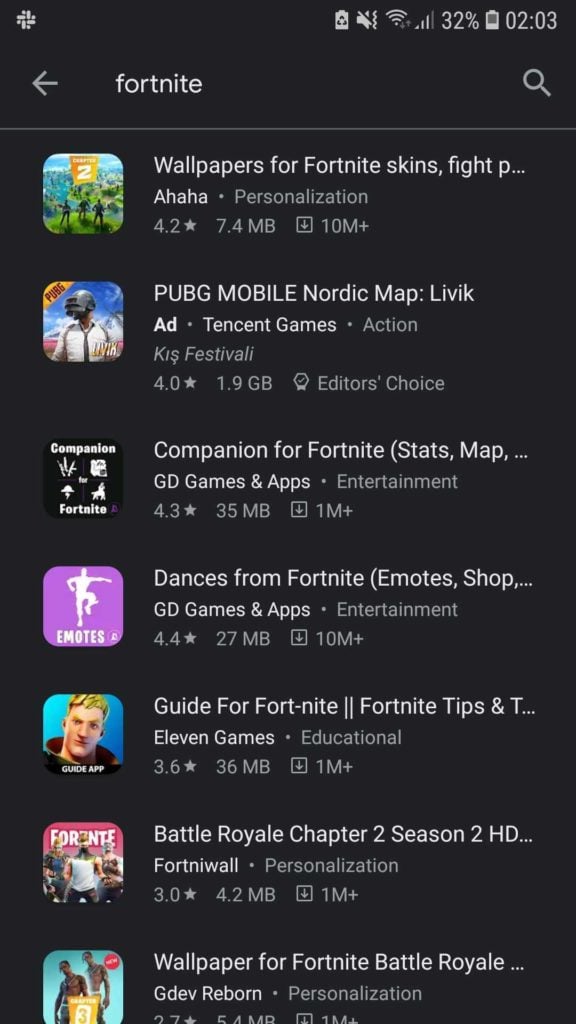 “The open Android ecosystem lets developers distribute apps through multiple app stores. For game developers who choose to use the Play Store, we have consistent policies that are fair to developers and keep the store safe for users. While Fortnite remains available on Android, we can no longer make it available on Play because it violates our policies,” Google said. “However, we welcome the opportunity to continue our discussions with Epic and bring Fortnite back to Google Play.”

Fortnite can still be downloaded via the Epic Games app and the Samsung Galaxy Store, so the situation on Android is a bit better than the one on iPhones. There is no way to download Fortnite on Apple devices at the moment.

Apple told The Verge Fortnite was removed from its App Store because it violated its guidelines in regards to in-app payments. Epic filed an injunction in the Northern District of California shortly after the game’s removal.

READ  How to watch BTS in Fortnite

Everything About This Sucks