Fortnite‘s V-Bucks may have dropped 20% against the dollar, but economists need not fret. Unlike the real world, Epic’s murder island isn’t suffering an economic downturn. Instead, the blockbuster battle royale has decided to permanently drop the cost of acquiring its virtual currency to spite tech giants Apple and Google, in an app store feud that’s quietly benefiting those of us who prefer to parachute into Fortnite on PC.

Business being business, this generous Fortnite Mega Drop didn’t come out of thin air. Rather, Fortnite’s funbux are going down in price to spite mobile platform-holders Apple and Google. See, Epic have added their own “Epic Pay” system for purchasing V-Bucks on mobile, and as shown below, the purchase screen conveniently boasts how much cheaper this’ll be compared to purchasing through the App Store or Google Play. 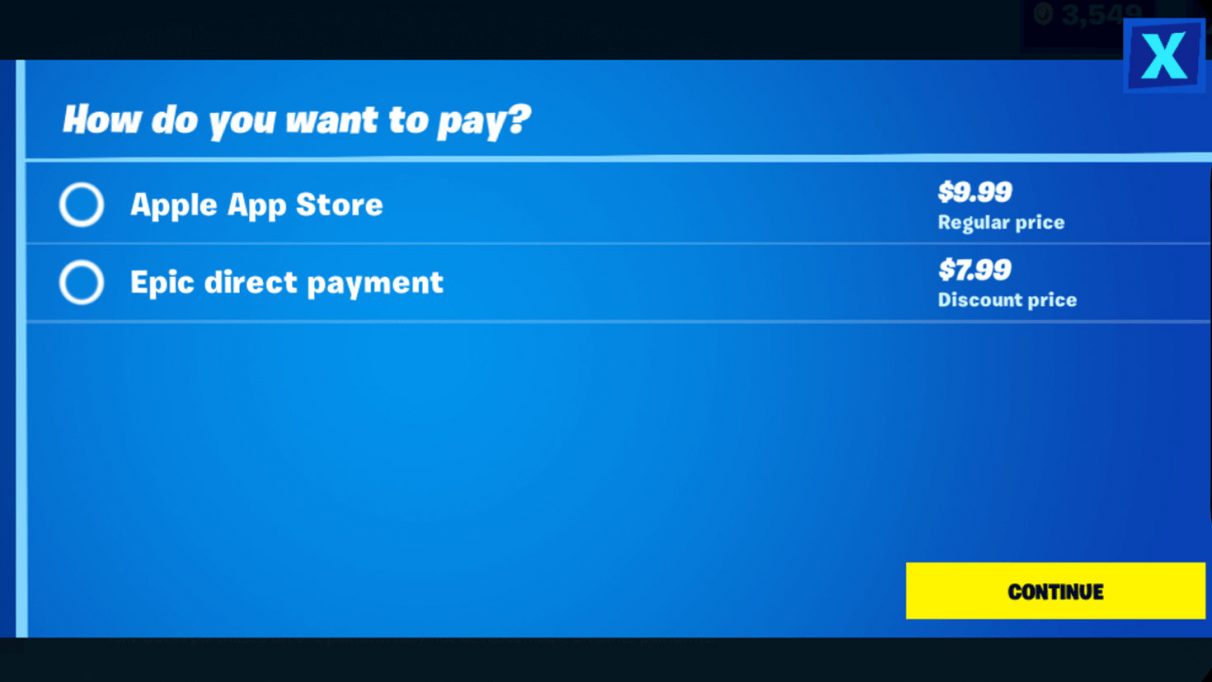 Handily, that 20% discount extends to those of us who’d rather play Fortnite on desktop or console. But beyond giving us money off, it also adds to the pressure against mobile folks choosing to pay via their storefront. What kind of fool would choose to charge themselves more for the same amount of Fortnite funbux, anyway?

Basically, Epic are throwing shade at the 30% fee applied to transactions on those stores. It’s the same tune Sweeney’s been singing since the run-up to launching the Epic Games Store, itself launched largely as a challenge against Steam’s 30% revenue cut.

If you’re unfortunate enough to have just shelled out before the discount, Epic are offering a “V-Bucks Bonus” to anyone who spent money on Fortnite in the last 30 days. All active players will also be gifted the Shooting Starstaff Pickaxe, regardless of whether they’ve paid up or not.

The good news is, these new V-Buck prices are permanent. Of course, It’s entirely possible that Epic could eventually ramp up the fake currency cost of cosmetics. Let’s hope they don’t, eh?