Apple recently announced that it removed Fortnite from the Apple store due to the fact it violated the terms of service. Epic Games replied to the removal of Fortnite by filing legal papers, something which Epic games decided to tweet on the official Fortnite account (image below).

Epic Games also stated more than an hour ago that they would premiere a brand new Fortnite short film. These have been released sporadically by Epic, but have always simply been posted on their YouTube channel.

Now Epic have Fortnite Party Royale, they thought it would be best to announce that the Nineteen Eighty-Fortnite short will be premiered live in party royale.

Ninteen Eighty-Fortnite is Epic’s response to Apple removing them from the app store. In the short file, Epic mentions that they have defied the app store monopoly and in retaliation, Apple has blocked Fortnite from a billion devices.

RELATED:  Fortnite: How to Complete Gas up a Vehicle at Catty Corner Challenge

They continue to take shots at Apple by telling their player base to join the fight and stop 2020 from becoming “1984”. 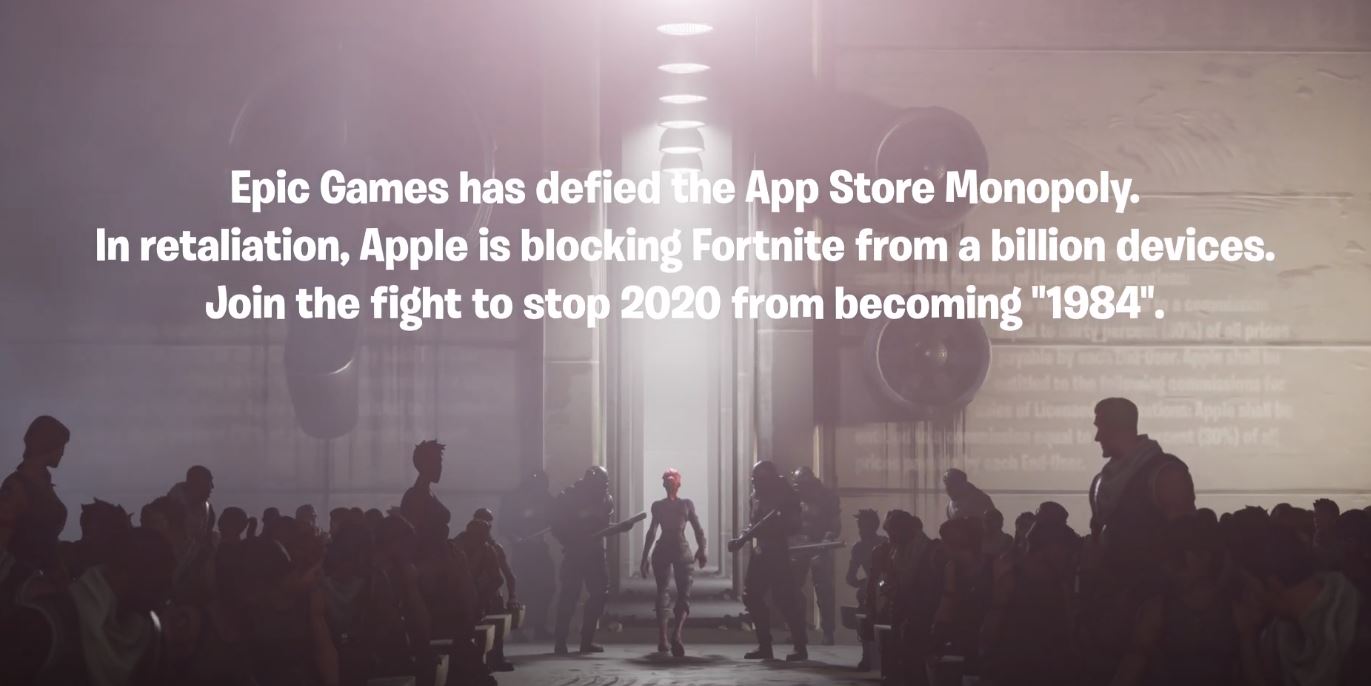 You can watch the full  Nineteen Eighty-Fortnite short below: 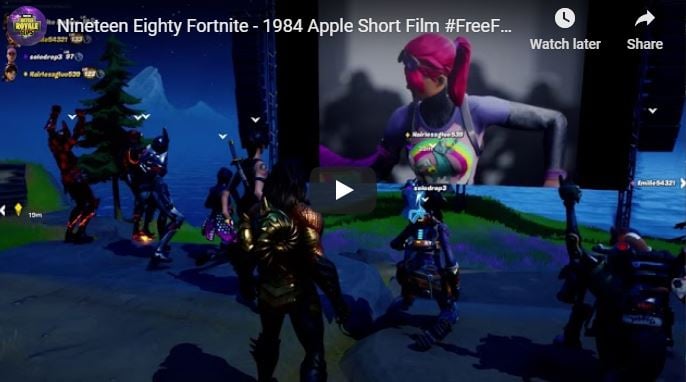 Epic are taking this removal from the Apple store very seriously as well as taking shots at the company in the process. One of Apple’s most famous commercials they’ve every released was the 1984 Apple Commercial.

Epic Games have also just posted a blog on their website with the #FreeFortnite campaign. They state that Apple has blocked Fortntie from the app store, which removes the ability for anyone to install and update the game on any iOS device.

They state that Epic are keeping it’s prices high so they can collect 30% of payments, and is blocking Fortnite from passing the savings to you the players. They mention they have taken legal action and include the short film in the post.

Epic have gone as far as to say they should join the fight against apple by tagging them on social media with #FreeFortnite.

Grab your popcorn, this is going to get interesting!

Epic Games has defied the App Store Monopoly. In retaliation, Apple is blocking Fortnite from a billion devices. Visit https://t.co/K3S07w5uEk and join the fight to stop 2020 from becoming "1984" https://t.co/tpsiCW4gqK