Sara Lance Gets the Spotlight in New Legends of Tomorrow Poster 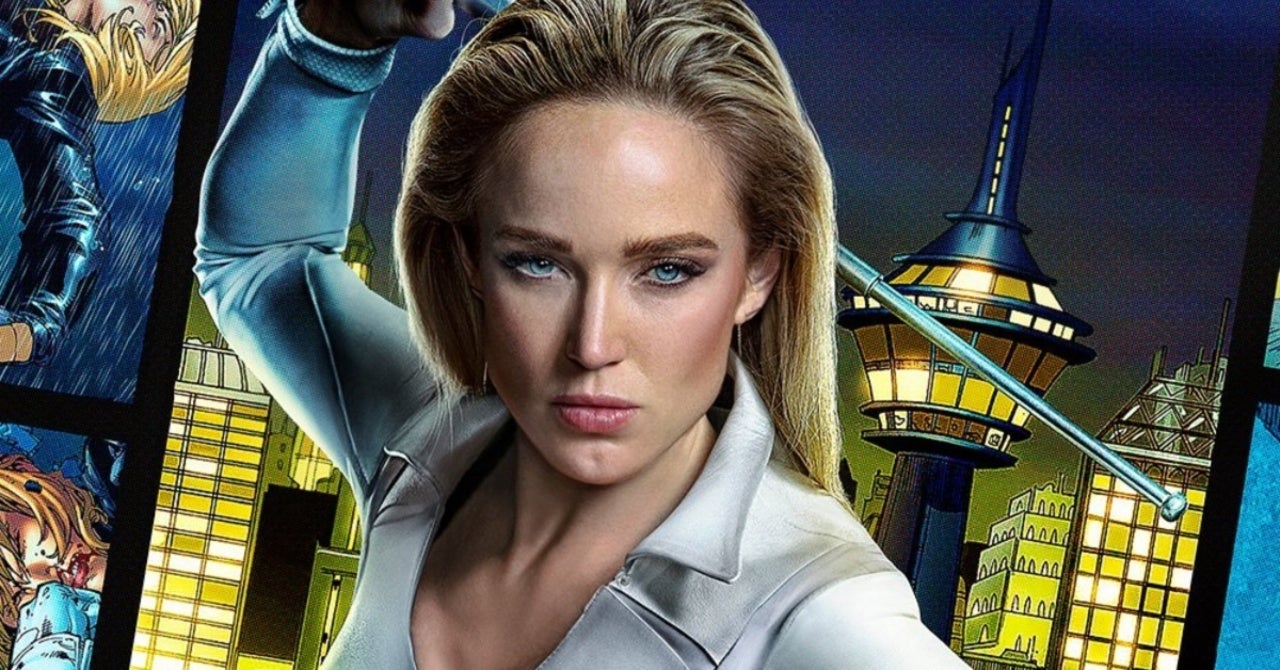 The CW’s roster of DC Comics shows aren’t set to return until next year, with the network bringing The Flash, Supergirl, Legends of Tomorrow, Batwoman, Stargirl, Black Lightning, and Superman & Lois to TV screens sometime in 2021. To get fans hyped for the upcoming seasons, The CW has been releasing a series of teaser posters revolving around some of its stars — and it looks like Legends of Tomorrow‘s Sara Lance/White Canary (Caity Lotz) is the latest to get the spotlight. The poster, which you can check out below, follows the format of the previous posters used for characters of The Flash, Supergirl, and Superman & Lois, juxtaposing the TV characters with related comic panels.

Sara’s poster, in particular, uses panels of interactions between Black Canary and the comic-accurate White Canary, an unnamed Asian assassin who has an alliance with the Twelve Brothers of Silk. Some fans have criticized the poster for utilizing these comic pages, as Sara is an entirely original Arrowverse character who has only appeared in the pages of the Arrow tie-in comics, but happens to now use the codename of White Canary.

Legends of Tomorrow‘s upcoming sixth season will be operating on an interesting new ground, as the Season 5 finale ended with Sara being abducted by aliens. For a preview of what next season has in store, you can check out the official synopsis for it below!

READ  How much health does Wolverine have in Fortnite?

“Having spent last season trying to track down the Loom of Fate in order to bring back their slain comrades, the Legends must now save history from a foe like none they’ve encountered in the past or future. Co-captains of the time-ship Waverider Sara Lance (Caity Lotz) and Ava Sharpe (Jes Macallan) have dealt with monsters, time anomalies, and most recently, villains from Hell, but this season they will face something even more challenging and bizarre … space aliens! After one of their own is abducted by a ruthless alien, this new mission becomes personal. It will take more than the combined powers of a dark magician, John Constantine (Matt Ryan); a semi-reformed arsonist, Mick Rory (Dominic Purcell); historian who transforms into steel, Nate Heywood (Nick Zano); and a brother-sister wind-totem-wielding duo, Zara Tarazi (Tala Ashe) and Behrad Tarazi (Shayan Sobhian) to save the world for a sixth time. They must recruit a new Legend, a woman who was abducted by aliens when she was a child and supposedly imbued with powers that will help the team defeat their intergalactic foes. Either that or she’s just crazy…”

Legends of Tomorrow is expected to return with new episodes sometime in 2021.

Fortnite vs. Apple and Google: Everything you need to know - CNET