Stock Alert: Apple, Google and Epic Square Off Over Fortnite and In-App Payments 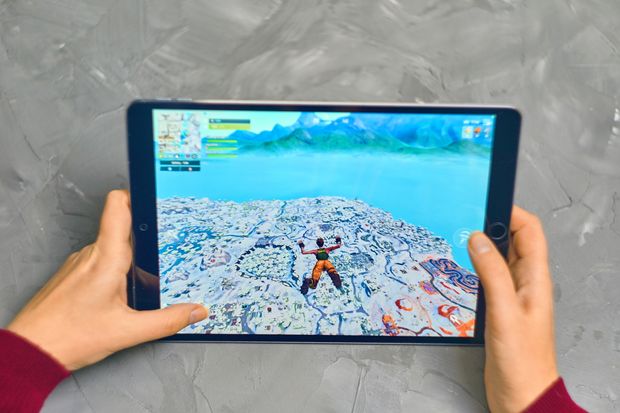 Epic Games filed lawsuits Thursday against Apple and Google after the tech titans removed its popular Fortnite title from their respective app stores because it violated their policies regarding in-app payments.

Earlier Thursday, Epic launched a payment system that bypasses the fees Apple and Google charge developers to place apps in their respective stores. It gives Fortnite players the option to buy digital goods for roughly 20% less than the tech titans charge.

Epic has for years disliked the idea of paying app-store fees. It only launched Fortnite on Google Play this year because of the fees. Users of Apple’s iOS must get their software through the App Store, but it is possible to install apps on phones running Android without using Google’s official store.

An Apple spokesman called Epic’s decision unfortunate in an email to Barron’s, and said that its guidelines apply to every developer and are designed to keep the store safe for users. “Epic enabled a feature in its app which was not reviewed or approved by Apple, and they did so with the express intent of violating the App Store guidelines regarding in-app payments that apply to every developer who sells digital goods or services,” the spokesman wrote.

Google Play store policy states that developers must use Google’s in-app billing as a payment method. “While Fortnite remains available on Android, we can no longer make it available on Play because it violates our policies,” the company said in an emailed statement.

READ  RollerCoaster Tycoon 3 returns with the Complete Edition, free on the Epic Store

Both companies said they would work with Epic to bring Fortnite back to their respective stores.

The lawsuits Epic filed against Apple and Google advance an antitrust argument, alleging that the tech companies are taking unfair advantage of their control of app distribution and that it is monopolizing payment processing within mobile apps on their respective platforms.

Epic’s lawsuit is asking a judge to issue an injunction mandating Apple stop what the games company calls anticompetitive behavior. The company did not respond to a request for comment.

Wedbush analyst Dan Ives wrote in a note to clients late Thursday that Epic is taking a risky path going after Apple, in part because Apple has successfully defended its App Store “moat again and again with this time being no different in our opinion.”

Epic launched the game on Apple’s store in 2018 and makes money from the otherwise free-to-play title when a portion of the 350 millionFortnite players buy digital goods within the game. Epic has launched their own online store that uses the same model as Apple and Google, taking a cut of third-party revenue.

Yanking the game from the app store will likely have little effect on Apple’s sales, as it accounts for about $30 million of a total of $4.1 billion in monthly developer revenue, according to Evercore analyst Amit Daryanani. It was not immediately clear what monetary effect it will have on Google Play revenue.

Epic has been thrust into the geopolitical turmoil between the U.S. and China because Chinese tech company Tencent Holdings owns a 40% stake. It’s not yet clear whether a recent executive order from President Donald Trump aimed at Tencent’s WeChat and Bytedance-owned TikTok would affect Tencent’s U.S. investments.

Write to Max A. Cherney at max.cherney@barrons.com