9 Monkeys of Shaolin, As Far as the Eye and more indies we’re excited about this week 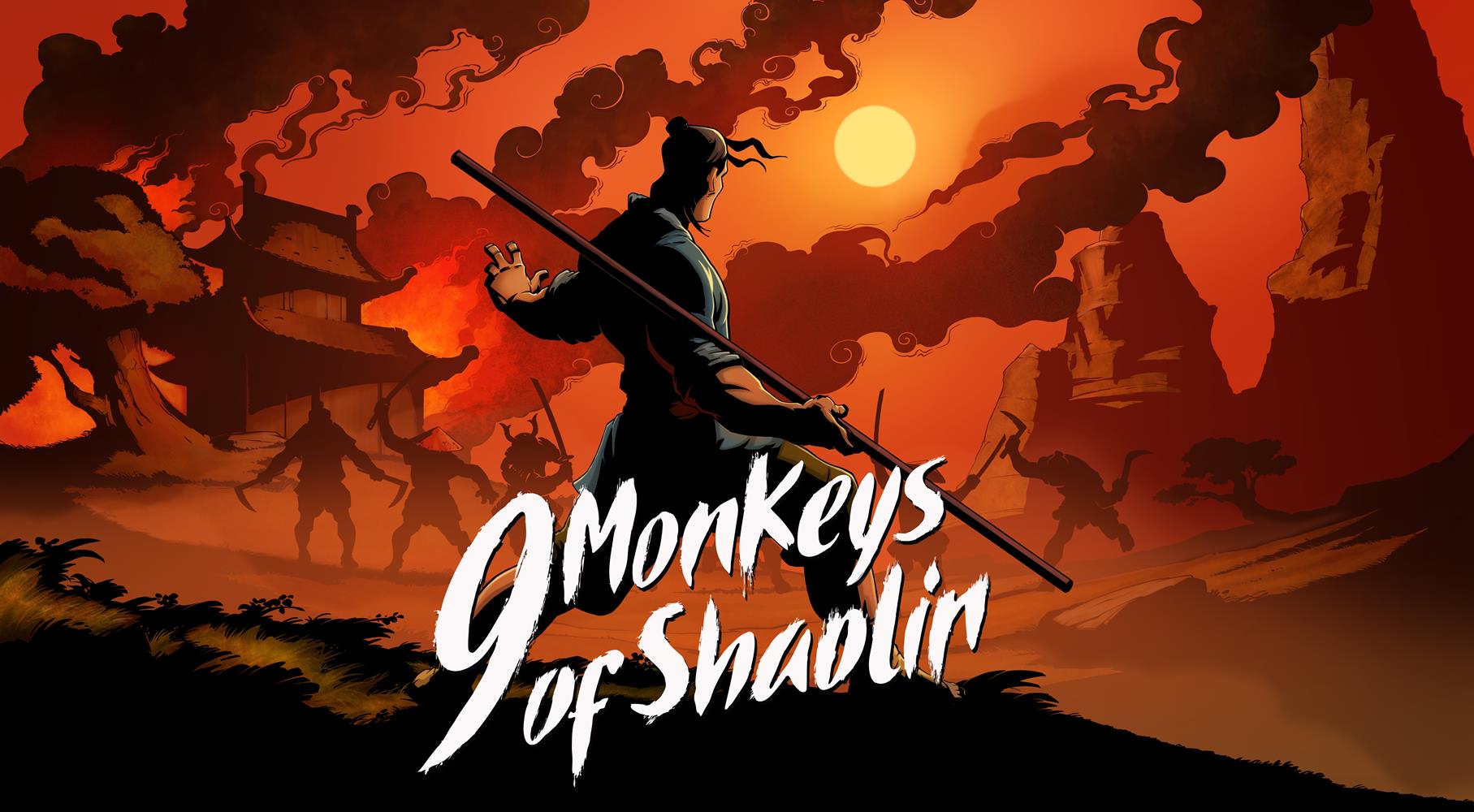 August marches on, and it continues to get hotter and hotter. The real-world has seemingly forgotten how not to be on fire, literally and figuratively. But things in the indie games world are much quieter and cooler this week.

That’s right, you’re reading our weekly hidden indie gems round-up where no heat wave can stop us from bringing you some really cool games with news to share, and a couple you get to actually play this weekend.

The beat ‘em up genre may not wield the clout it once had, but it’s never truly absent. Some beat ‘em ups wear their inspirations on the sleeve, others bury them under loot and bloat, but a new brawler is never too far behind.

9 Monkeys of Shaolin is the next big beat ‘em up. It has the perfect setup for a game like this: a Chinese village where a simple fishermen must use his martial arts skills to avenge the death his loved ones. 9 Monkeys of Shaolin comes from Sobaka Studio, creator of Redeemer, an excellent one of those and one of my favourites. Sobaka is going big this time, with an ambitious gameplay system, detailed character progression, and the big one: online co-op.

The action is based almost entirely around staves and polearms, and it creates a certain flow as you anchor your moves to the staff, and use it to launch your body into enemies. Though you’ll come across a few different tools over the course of play, the focus is more on the moves themselves, which break into three fighting styles. One is more direct, with attacks performed with your feet planted. Another facilitates the more lavish air combos and juggles. There’s also a magic element, which has its own style that enhances existing moves.

READ  What Are Color Bottles In Fortnite Season 8, Where to Find Them & What Are They Used For

As you play, you’ll be able to further invest into the different styles by unlocking perks. 9 Monkeys of Shaolin’s entire campaign can also be played solo or with another player in co-op, a big upgrade over Redeemer.

Sobaka recently announced an October 16 release date on Steam, PS4, Xbox One and Nintendo Switch. Check it out at the link, and wishlist it if you’re interested.

As Far as the Eye

As Far as the Eye is a rogue-like resource-management village builder, though not quite just another one of those. It’s a management sim where you’re not meant to stay and prosper. That’s because in As Far as the Eye, you manage a nomadic tribe on its journey to the centre of the world.

The tribe is escaping a rising flood that’s slowly claiming the land it leaves behind. This is why you can’t linger anywhere for too long. You will, of course, need to stop every now then to replenish resources and build temporary camps before you have to move again.

The game calls these pauses Halts, and each one isn’t just a race to harvest as many resources as possible, you also get to grow the tribe with new skills in the various disciplines and crafts that will come in handy in the next Halt. As with most games of this style, it unfolds over turns. As Far as the Eye’s world is procedurally generated, however, so you’re never quite sure what natural event will occur and what resources you’ll come across. The traits of your own tribe are also different each run.

As Far as the Eye has no combat or enemies to fight. The difficult decisions you’ll have to make are all about which people to prioritise, whether to plunder or pray at a sacred site and so on. Developer Unexpected says that regardless of your choices, every decision has consequences.

As Far as the Eye is headed to Steam, Epic Games Store and GOG on September 10.

Games you can play this weekend

Perfectly Paranormal, the team behind the amusingly challenging Manual Samuel has returned with a new game whose premise is equally as preposterous. Helheim Hassle is the studio’s new adventure centred on a pacifist Viking who, despite hating the idea of dying and going to Valhalla, ends up there anyway.

Bjorn must solve a few problems for people in Valhalla to escape and secure a spot in Helheim, where he actually wants to go.

Like Manual Samuel, Helheim Hassle has a dark story at its heart, presented through a jovial narrative and light puzzles. The main mechanic is Bjorn’s ability to detach any of his body parts at will, and combine them into ways they weren’t intended. Sometimes you do the standard body holds a floor switch while the head flies off to do its own thing. Other times, the head is being propped up by one arm, and the other is attached to a leg because you need to get over a platform elsewhere in the frame.

From the trailer, you can see that the situations Helheim Hassle creates are as ridiculous as they were in Manual Samuel, though with the added benefits of a more polished presentation and higher production values.

You can experience all this zaniness for yourself by downloading the Hellheim Hassle demo on Steam or the Switch eShop. The full game releases August 18 on Steam, Xbox One and Switch. A PS4 version is on the way, due out later this year.

Double Kick Heroes is a wacky rhythm game set in a zombie apocalypse. The entire adventure takes place in a car driving down a highway to hell. It’s very metal.

The car is armed with two turrets mounted at the back, which you’ll be frantically switching between to hit the drum notes and blow zombies/mutated creatures/raiders’ heads off. In case you haven’t already guessed, it’s fuelled by metal music, acting as both a main mechanic and a soundtrack.

It’s actually a bit more complex than it looks. The fret board at the bottom displays different note types that correspond to the different weapons and gadgets mounted to the car, and the higher difficulties take out some automation and require you to really land the timing, but there’s also a chill mode that removes the danger entirely if you just wanna jam to killer tunes.

Over the course of its time in Steam Early Access, the game has been updated with new levels and story content to break up your various treks of destruction. The editor mode essentially lets you import your own music into the game, or play community creations based on licensed or original music.

Double Kick Heroes graduated Early Access this week, and also came to Switch. If you’re not quite ready to drop money on it, there’s a Steam demo you can download and play now.