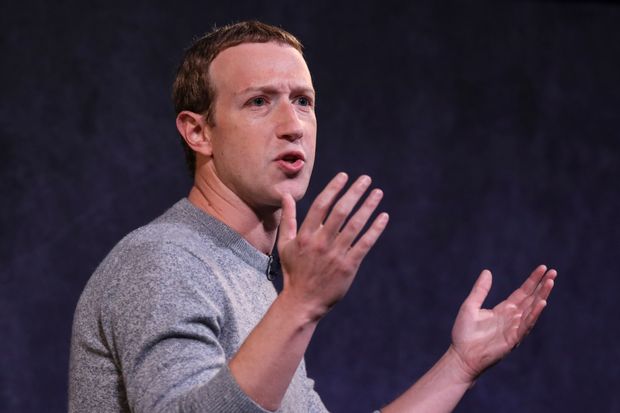 Facebook has joined Fortnite’s maker, the closely held Epic Games, in taking issue with the fees app stores run by Apple and Google charge, the social network said Friday as it announced a paid online event service for small businesses.

Apple (ticker: AAPL) and Google, a unit of Alphabet (GOOGL), each take a cut of 30% on sales of digital goods purchased via apps downloaded from their respective stores. Facebook (FB) asked the pair to waive those fees for sales made via the paid-events feature, a move that came after Epic, Apple, and Google, became embroiled in a legal fight over the charges on Thursday.

Epic launched a payment system that allows users of its games to buy digital goods at lower prices, without Apple or Google taking a cut, and the tech companies responded by banishing Fortnite from their app stores. Epic hit back with twin lawsuits accusing the firms of anticompetitive behavior.

Facebook said it is rolling out its paid live events service to 20 countries, letting businesses charge customers for things such as fitness classes or instructional seminars.

“We asked Apple to reduce its 30% App Store tax or allow us to offer Facebook Pay so we could absorb all costs for businesses struggling during Covid-19,” Facebook vice president Fidji Sumo wrote in a blog post Friday. “Unfortunately, they dismissed both our requests and SMBs will only be paid 70% of their hard-earned revenue. While Facebook is waiving fees for paid online events we will make other fees clear in the product.”

READ  Where is Wolverine in Fortnite: Wolverine Boss Location Fortnite

Facebook said that it would not take a cut of the revenue generated by paid online events for at least the next year to support small businesses suffering economic damage from the coronavirus pandemic.

In addition to the 30% fees, both companies also require app developers use Apple or Google’s payment systems. Though Facebook asked the companies to waive the fee, they declined to do so, the social-media company said, and Facebook said it would not try to circumvent the guidelines.

Neither Apple nor Google immediately responded to a request for comment.

Apple and Facebook have clashed over the App Store before. The social network tried for six months to get Apple to approve its Facebook Videogame app, only getting it approved after Facebook accepted Apple’s demand that it remove playable games from the app altogether.

“Unfortunately, we had to remove gameplay functionality entirely to get Apple’s approval on the stand-alone Facebook Videogame app — meaning iOS users have an inferior experience to those using Android,” Facebook COO Sheryl Sandberg said in a widely reported statement. “We’re staying focused on building communities for the more than 380 million people who play games on Facebook every month — whether Apple allows it in a stand-alone app or not.”

Facebook stock closed down less than 0.1% during the regular session Friday to $261.24.

Write to Max A. Cherney at max.cherney@barrons.com

PS5 Exclusives Should Come To PC, But Sony Needs To Do Better

Stir up some mayhem with the one, the only… Harley Quinn! The Harley Quinn Outfit, Harley Hitter and Punchline Pickaxes are back in the Shop. https://t.co/HO5jGjUQCj