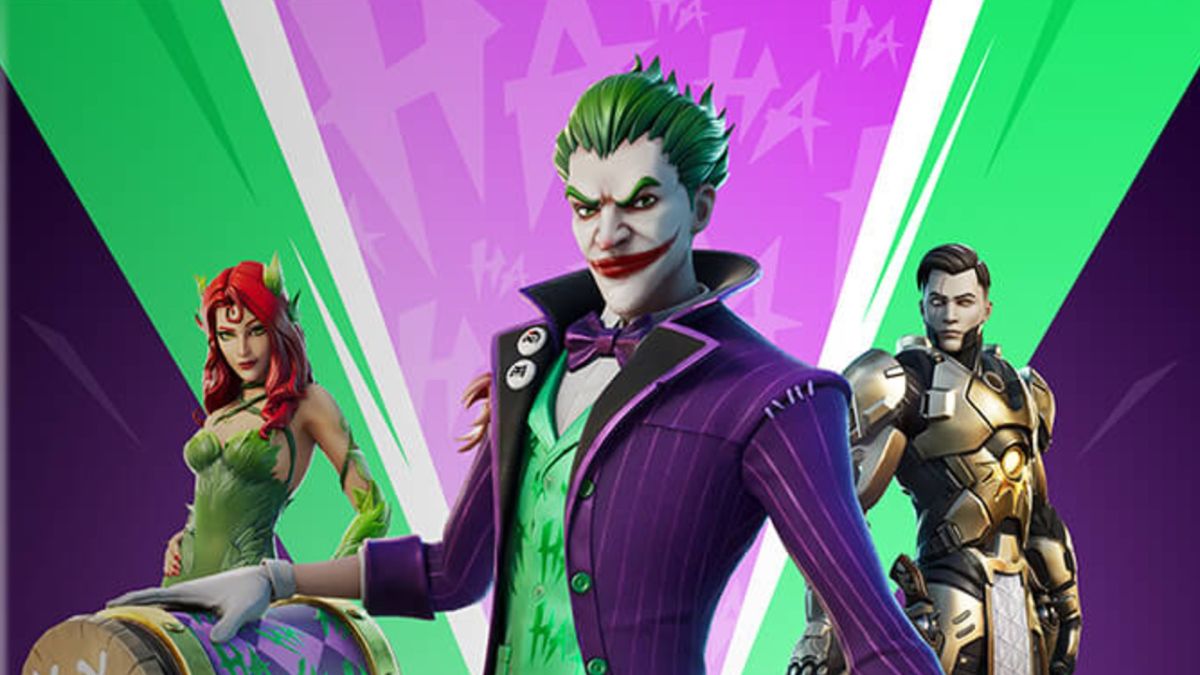 Two of the comics industry’s most infamous villains are getting their own skins in Fortnite, and not a moment too soon for the holiday season. Joker, the clown prince of crime, Batman’s archnemesis, and the subject of many a Hot Topic shirt will be available this November. He’s joined by Poison Ivy, the similarly popular Batman villain who’s had a recent revival as the better half to Harley Quinn in both the comics and the Harley Quinn animated series.

Both Joker and Ivy will be available as part of the Last Laugh Bundle, which releases on November 17. Peep their new Fortnite-ified look below.

They say laughter is the best medicine, right Batman? 💊Create some chaos, wreak some havoc, and embrace the madness with The Joker, Poison Ivy, and Midas Rex Outfits, available November 17 in The Last Laugh Bundle.Read our blog for more info: https://t.co/Jr4UbyIOGE pic.twitter.com/WbLK5DEUPVAugust 15, 2020

The bundle also includes “Midas Rex,” which is basically season two’s Midas decked out in power armor. Last we saw of Midas, his doomsday device spurred the event leading into season 3, when a giant tidal wave flooded the entire island. In the season 3 trailer, Midas was seen desperately swimming away from a shark, so it looks like everyone’s favorite guy with a golden touch is back for vengeance.

The bundle also includes at least one extra cosmetic item for DC fans. It looks like Joker will be sporting comically oversized hammer as a harvesting tool. We don’t see any of the extra cosmetic items in the one picture provided, but Epic says the Last Laugh Bundle will include stuff like the Laugh Riot back bling, the Joker’s Revenge pickaxe, the Bad Joke pickaxe, and the Pick a Card emote.

Last, but certainly not least, you’ll also get 1,000 V-bucks as part of the bundle.

Forbes is reporting this’ll cost you $30, but really it’s like a $20 purchase since you’re getting all those V-bucks.

Epic is also currently running a sale on its returning Batman, Harley Quinn, and Catwoman skins. DC and Marvel have been two of Fortnite’s biggest marketing partnerships this year, with players receiving a Jason Momoa Aquaman skin, and Captain America appearing in the store on the Fourth of July. After Batman and Harley appeared in previous seasons, players wondered if Joker would ever get his own skin, and it seems they’ve finally got their answer.

Don’t forget to check out the rest of our Fortnite guides, patch notes, and new skins. Read what we think of Epic issuing a lawsuit against Apple, and the tricky implications that has for the future of video games.

Fortnite May Get a Wolverine Skin