The current run of Donny Cates and Nic Klein‘s Thor from Marvel Comics has become a major hot property for the publisher, going through multiple printings (issue 2 is currently going to its fifth) and it seems that even more attention may be drawn upon it. 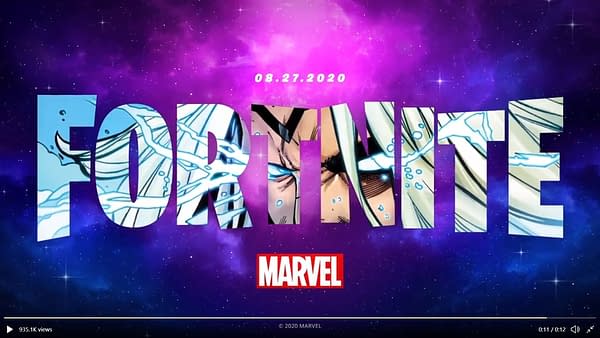 Posted a couple of hours ago to the Fortnite Twitter account, with tens of thousands of retweets and comments, this allegiance of the Fortnite game and Marvel Comics features the new look of Thor, Herald of Galactus as seen in the comic books of late.

One of those retweeters was Donny Cates.

You know, we are still waiting for Marvel Comics to join up some of the dits that happened in Thor #4, the issue that saw the god of Thunder get to work as the Herald of Galactus and ahead of meeting The Black Winter. 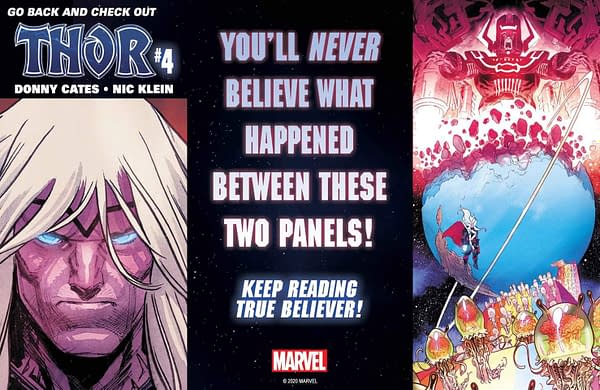 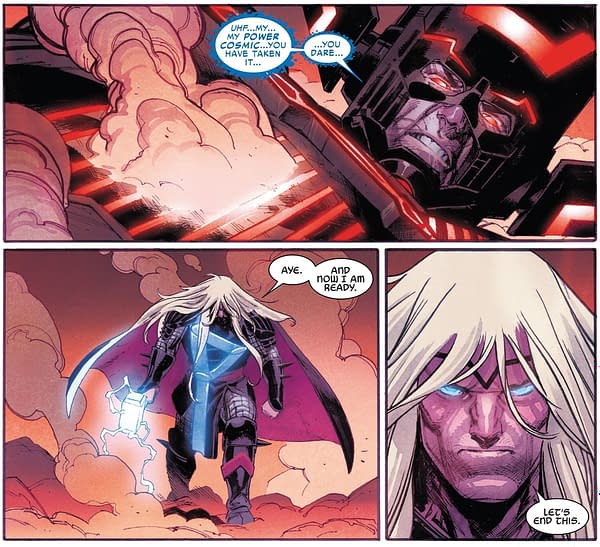 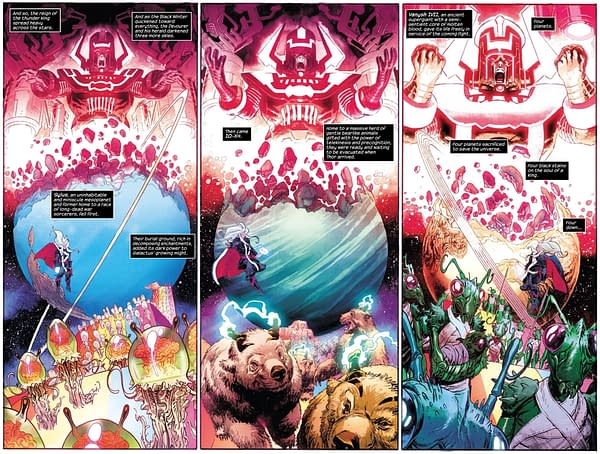 Did something happen between those panels to somehow save Thor from being an accessory to mass genocide? Or is there something coming in Thor which might damn him ever further? And could it somehow, in Marvel continuity, have involved the world of Fortnite? Could he bring The Balck Winter with him? Or will it be nothing more than a new Thor skin to go with the Captain America one? As we saw in July, Epic Games and Marvel partnered for a new Captain America skin in the game. With a trailer below showing how Cap got into the Fortnite universe with a gust of wind, rainbow colours, and Asgardian runs burned into the ground, meaning that Cap got there by way of the Bifrost Bridge.