Crysis Remastered Will Officially Be Released On September 18th

Crytek announced this week that the remaining versions of Crysis Remastered will now be released on September 18th. The Nintendo Switch version of the game already came out back in June, now its time for the PC (through the Epic Games Store), PS4, and Xbox One versions make their way to the public. Just to refresh your memory on the Saber Interactive co-developed title, this version focuses on the original game’s single-player campaign with several enhancements thrown into the mix. That includes high-quality textures up to 8K, HDR support, temporal anti-aliasing, Screen Space Directional Occlusion (SSDO), Global Illumination (SVOGI), state-of-the-art depth fields, new light settings, motion blur, parallax occlusion mapping, Screen Space Reflections and Shadows (SSR & SSS), new and updated particle effects, and more. You can read more about the game below as it will be out next month. 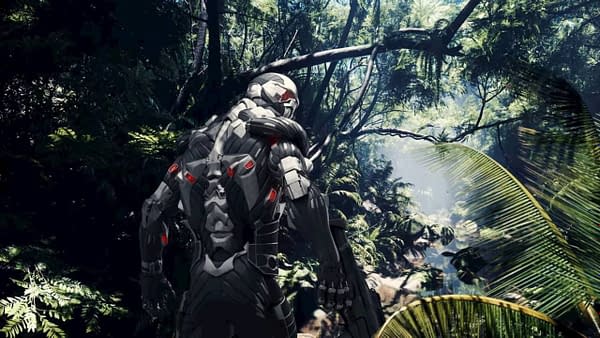 Crysis Remastered will drop onto PC, PS4, and Xbox One next month, courtesy of Crytek.

What begins as a simple rescue mission becomes the battleground of a new war as alien invaders swarm over a North Korean island chain. Armed with a powerful Nanosuit, players can become invisible to stalk enemy patrols, or boost strength to lay waste to vehicles. The Nanosuit’s speed, strength, armor, and cloaking allow creative solutions for every kind of fight, while a huge arsenal of modular weaponry provides unprecedented control over play style. In the ever-changing environment, adapt tactics and gear to dominate your enemies, in an enormous sandbox world.

Suit up: Your Nanosuit’s speed, strength, armor, and cloaking allow creative solutions for every kind of fight.

Adapt: In an ever-changing environment, adapt your tactics to dominate on battlefields ranging from frozen jungle to alien environments.

Customize: A huge arsenal of modular weaponry provides unprecedented control over play style, with options ranging from the experimental to the alien.

Conquer: Life-like enemy AI require a strategic and flexible playstyle, as new challenges – including a zero-g battlefield– require players to take the offensive and be proactive.

Explore: Choose your own path through the open world of Crysis, destroying obstacles, driving vehicles, and using the environment itself against your enemies.

READ  Fearless, flashy, fashionable and always ready to party up.Grab the Llambro Outfit along with the rest of the Llegend Set when it arrives exclusively for Fortnite Crew members on March 1. Learn more: https://t.co/rYjF0L5TF4 https://t.co/HnjD74xV0I