The Sinking City Has Been Delisted From Multiple Stores

In case you haven’t noticed, over the past few months, The Sinking City has been delisted from multiple retailers. No one really had an answer until today when developer Frogwares came out and outright called out former licensee Nacon (formerly Bigben Interactive) as being the source of the issue. According to them in a statement they released today, the company is refusing to acknowledge a court ruling in France that states the contract between the two is no longer valid. This was due in part to Nacon being found in breach of contract multiple times over. This included the company removing the Frogwares logo from the game entirely, which just on the surface is a might big infraction when it comes to game development and acknowledging who worked on it.

You can read more about what happened from snippets of their statement, which we have for you below. This is a bad look for Nacon, who has already gone through this once with Frogwares after their Sherlock Holmes series was delisted in 2019. As of the time we’re writing this, Nacon has yet to issue a statement or respond to any other publication about the situation. We’ll keep an eye out and see what happens to the game from here. But if their previous battle with Sherlock holmes is any indication, be prepared for this game to basically be gone for a while. 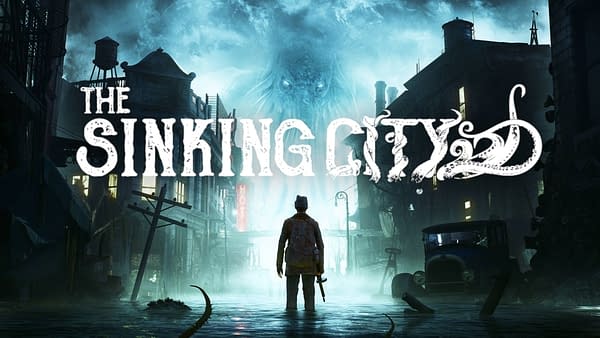 Currently, you cannot get copies of The Sinking City on any platform, courtesy of Frogwares.

Since the release of The Sinking City on June 27, 2019 we’ve been involved in legal battles with BigBen Interactive/Nacon over the title. In 2017 we signed The Sinking City contract as a licensing agreement with BigBen/Nacon, 2 years after the start of production. In exchange for a financial contribution to the development, we gave them the right to sell and commercialize the game on 4 platforms – Xbox One, PS4, Steam and later, Epic Games Store. The intellectual property would still belong to Frogwares, which has always been the only producer and owner of its games, including The Sinking City. We signed the deal on those terms and we would receive part payments for each production milestone completed. Then a share of revenue starting at the first euro or dollar. So all was well – until the collaboration started.

During production, BBI/Nacon was hundreds and hundreds of days behind in payments in total. Each sum due on average being 40 days late, while our milestones were always on time and approved by the licensee. We had to issue formal notices multiple times so that we were able to receive the money that was owed to us. The lack of commitment to honor the financial obligations soon turned into ongoing pressure. Once BBI/Nacon bought out a competing studio working on another Lovecraftian game, they dictated that we give them our source code for The Sinking City. Once again, BBI/Nacon does not own the IP – they are a licensee. They sell the game – not develop and co-create it. After we refused to comply, we stopped receiving financial contributions for over 4 months. […]

With regard to the business plan, we were kept in the dark. We asked on multiple occasions to see sales forecasts, but the figures sent to us were not consistent. We weren’t sure of how potential sales could turn out, meaning that we were not able to properly plan our future. Were there any sales deals arranged? We were not sure. Only the exclusivity agreement with Epic Games Store gave us some respite, as we knew what we would receive due to the minimum guarantees in Epic’s contract. […]

We filed a lawsuit against Bigben/Nacon on August 2019 and, incidentally, only then we started to receive income reports, though incomplete and undocumented. So it was not possible for us to see if the revenue was correctly calculated or even how many units we sold. At some point we received a statement claiming that one of the console manufacturers hasn’t paid royalties for more than 5 months, while actually the same console manufacturer paid our royalties from other games without any delay in the same period of time. Furthermore, we were surprised to find that copyright notices on box covers and storefront pages were legally incorrect, creating a perception that it was not Frogwares which was the owner of the IP.