X-Men: Creation is a Red Book, Juggernaut is Part Of Dawn Of X

Today’s Wolverine #5 and New Mutants #12 (as well as including an official Fortnite Marvel crossover moment) comic books give the X-Men schedule for September going forward. They (unsurprisingly) make the kick-off issue of X Of Swords, X-Men: Creation #1 a “red” book, which showrunner Jonathan Hickman has indicated that means it is to be considered an essential book to pick up for those following the Dawn Of X Krakoan storyline. They also confirm that the delayed-and-rescheduled Juggernaut limited series is to be considered part of the Dawn Of X storyline, which hadn’t been clear until now.

Here’s the new schedule. I can also scotch some rumours that the Dawn Of X series  New Mutants is ending with #13. Like X-Factor, it is skipping a month in November while all the X Of Swords stuff goes down, and will return in December. We will always try and ask the questions though… 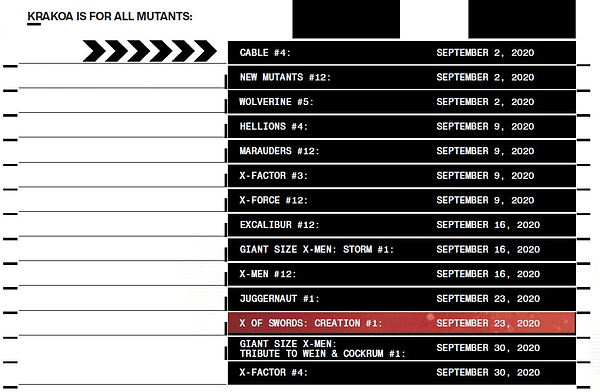 X-Men: Creation is a Red Book, Juggernaut is Part Of Dawn Of X

Here’s a Juggernaut preview to be getting on with. You can fill in the Krakoan backgrounds yourself if you want. 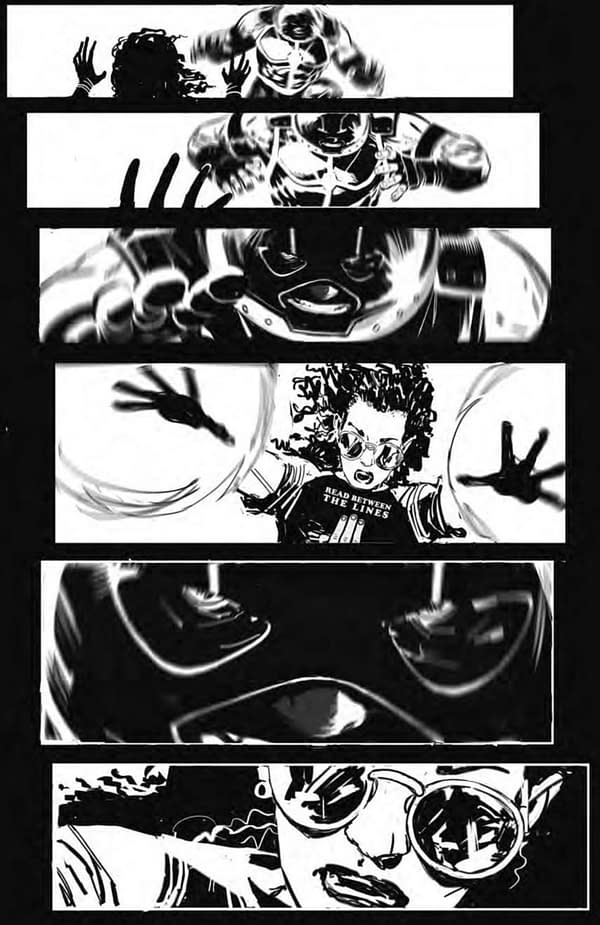 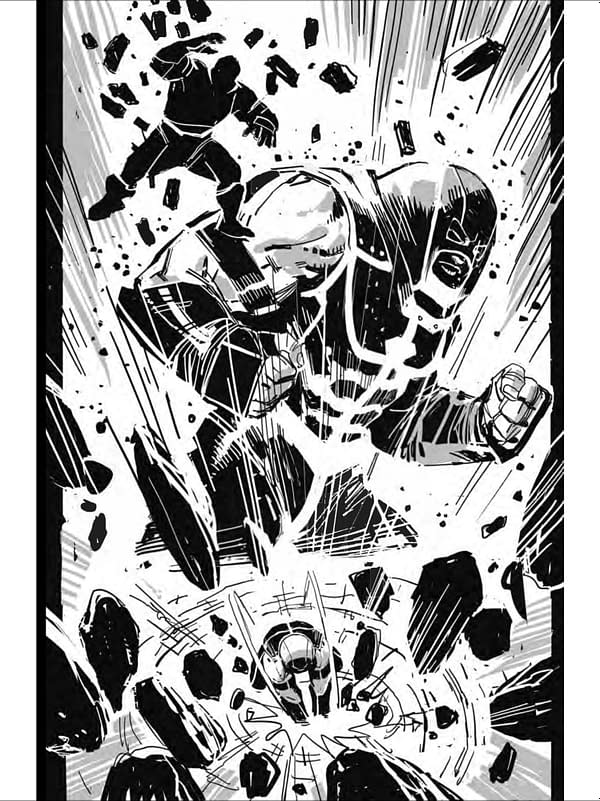