Utopia Teasers: Meet Grant, Alice & Thomas: Saviors or Something Else?

Viewers are now less than three weeks away from Amazon Studios and Gone Girl author-screenwriter Gillian Flynn‘s Utopia, with the conspiracy-thriller-and-more set to begin twisting our perceptions of what’s real and what’s imaginary (and the world that lives in-between) starting September 25. To get everyone up-to-speed, the streaming service has been introducing us to the players seeking the truth behind the elusive comic “Utopia” For some, it’s about saving humanity and freedom- but for others? It’s about power and control. And then there are those who only want chaos… 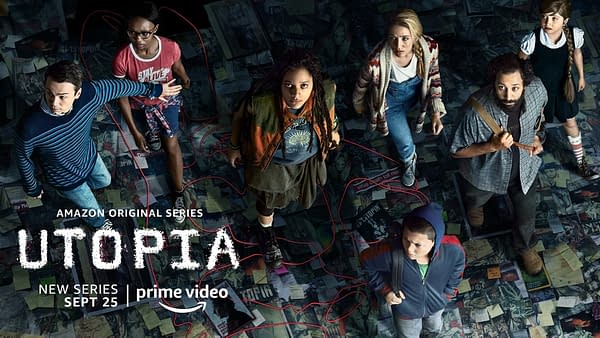 Now let’s get to know the ever-elusive Grant (Javon “Wanna” Walton), the kind-hearted and sharp-minded Alice (Farrah Mackenzie), and Thomas (Cory Michael Smith), who will “disrupt”:

I Brought Back Lazarbeam's BEST Memes in Season 4...