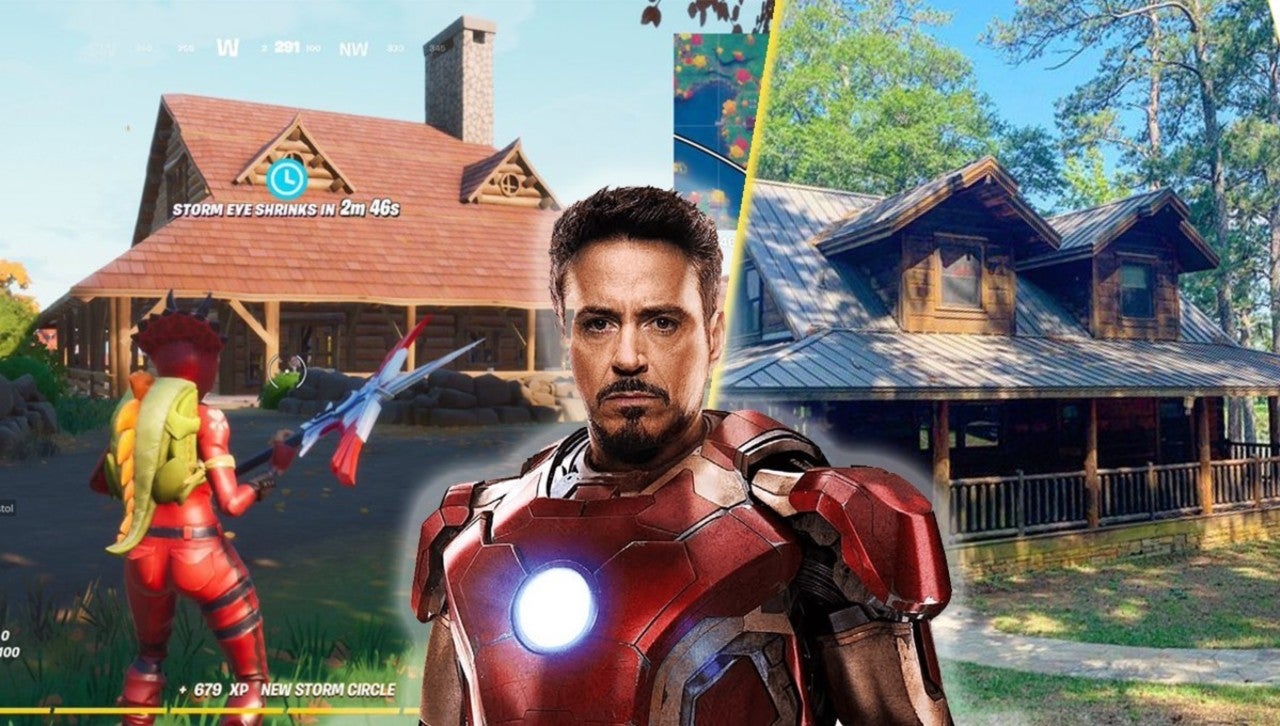 Fortnite is the midst of a new season which has called for an abundant amount of additions from the Marvel universe. Not only can characters purchase and unlock skins for characters like Iron Man, She-Hulk, Dr. Doom, Wolverine, Mystique, and more but there are also several points of interest added to the map which Marvel fans find familiar. A super-sized dog house with Pym tech nearby, a Stark Industries tech lab, and the Black Panther statue from Wakanda can be found across the island. Now, the cabin which Tony Stark lived in at the start of Avengers: Endgame has been spotted in the game.

The cabin is on the Stark Industries island which was added to Fortnite earlier this week. The location is specifically called Heart Lake. This is a reference to Tony Stark’s funeral in Avengers: Endgame which saw Pepper Potts and the Avengers sending Tony’s first arc reactor, the one which powered his Iron Man suit and kept shrapnel from entering his heart, out into the lake to honor him. The dock where the Avengers gathered for his funeral is there, as well. The fire place and Morgan H. Stark’s bedroom are all a part of it. Bonus: there is an Iron Man suit in the basement but players can’t do anything with it but destroy it.

Check out the photos of Tony Stark’s Avengers: Endgame cabin in Fortnite below!

Tony Stark’s cabin from Endgame is literally in #Fortnite.

The Marvel campaign in Fortnite has been very well received. It also has been tied into Marvel Comics books which are currently being published. As Marvel heroes and villains are appearing in the video game, popular characters from the game are also making their way to the pages of Marvel Comics!

The Iron Man skin has kept any players motivated to keep playing Fortnite throughout Chapter 2’s Season 4. Tony Stark is unlocked a bit earlier but Iron Man cannot be unlocked until a Level 100 is reached through the Battle Pass.

Are you enjoying the Marvel add-ons in Fortnite? Are there any characters you hope to see added to the game? Share your thoughts in the comment section or send them my way on Instagram!

Get ready to shine in the spotlight ✨ Glow up with the Shimmer Specialist Outfit in the Item Shop now! https://t.co/jkNWebpk9A