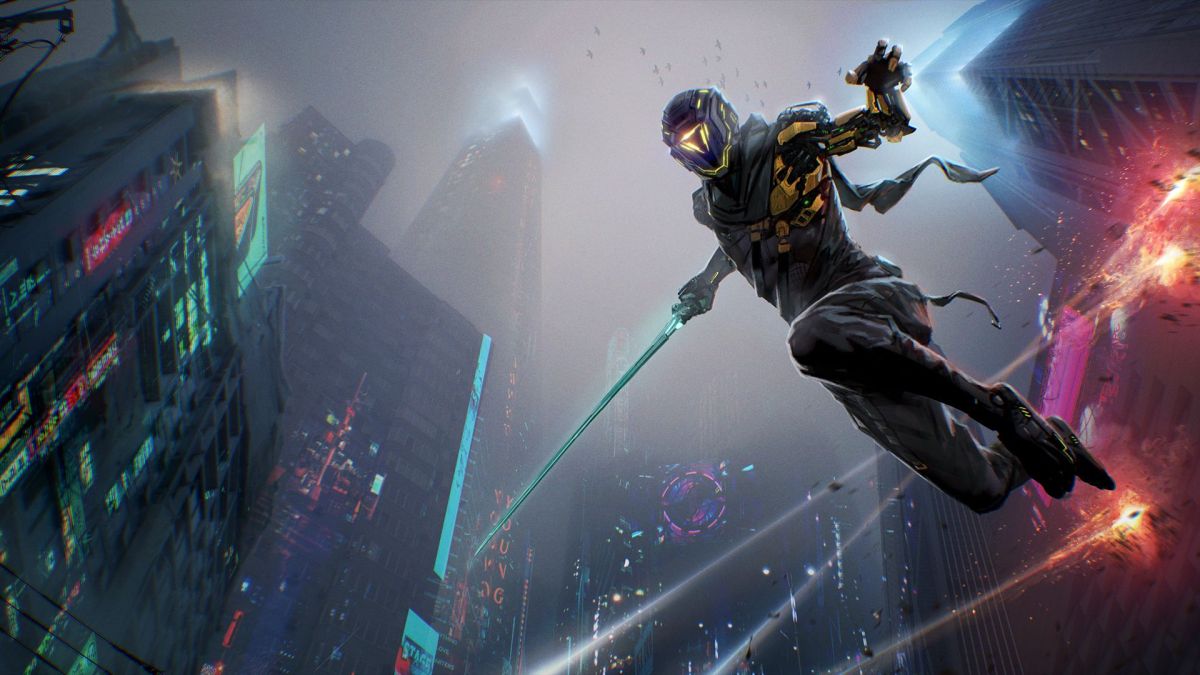 Ghostrunner gives you a katana, Force powers, and the ability to wallrun and slow time, then sets you loose on a high-tech tower full of gun goons and the occasional cyberninja. It looks like someone emptied out a folder labeled “badass things” and put them all in one game, and it’ll be out on Steam, GOG, and the Epic Games Store on October 27. There’s a demo coming too, which we’ll be able to try from September 29.

Ghostrunner is a collaboration between developers One More Level, 3D Realms, and Slipgate Ironworks, who describe it like this: “One-hit one-kill mechanics make combat fast and intense. Use your superior mobility (and frequent checkpoints!) to engage in a never-ending dance with death fearlessly.” It looks like it has an intense die-repeat-die-again cycle, with the potential for some stylish murder moves once you pull off a sequence perfectly.

Our Andy Chalk played an earlier demo, and said: “I found it incredibly frustrating in spots, because it’s so completely committed to the concept of ‘move or die,’ but my temper cooled as I got better at chaining movements fluidly and dashing side-to-side instead of straight ahead (typically head-on into a bullet) and I was eventually able to hack-and-slash my way to the end without smashing my keyboard to pieces.”

Never afraid to stand out, Kyra lands with an impact. Grab the Impact Set in the Item Shop now! https://t.co/QbTPYPloiZ