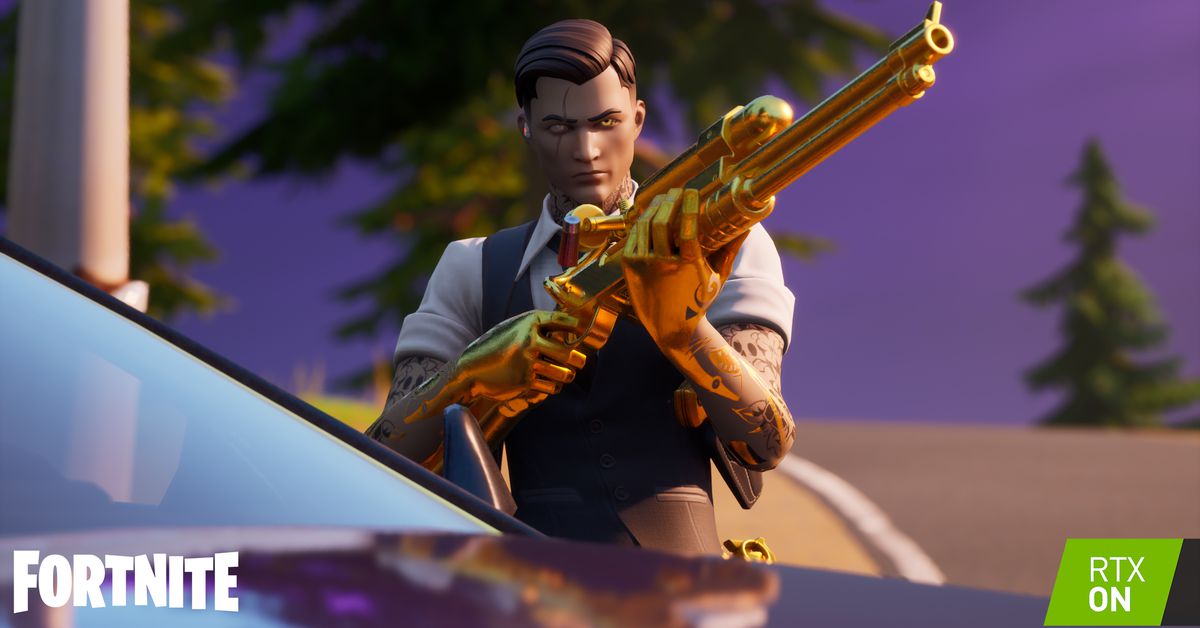 Fortnite’s getting a graphics update soon, at least for some players. On Sept. 17, Nvidia will launch a whole suite of new graphical upgrades mostly focused around real-time ray tracing.

Real-time ray tracing is one of the signature features of Nvidia’s RTX lineup of cards, as well as AMD’s upcoming graphics cards. The new features include ray-traced reflections with shiny glass surfaces that will show what’s behind you in real-time, ray-traced shadows for more realistic darkness and detailed shadows, and a host of other lighting upgrades.

Nvidia has even created a custom Fortnite map called the RTX Treasure Run. This map is designed with the help of members of the Fortnite Creative community to let players hunt for treasure in an environment designed to showcase some of the real-time ray tracing features.

In order to make use of all of Fortnite’s new Nvidia updates, players will need to have a graphics card compatible with real-time ray tracing. This includes Nvidia’s RTX line, from the Geforce 2060 all the way up to the Geforce 2080 Ti, and continues through the recently announced Geforce 3070, 3080, and 3090. A few of Nvidia’s older GTX cards are capable of software ray-tracing as well, but Nvidia suggests sticking to RTX cards. AMD will also have its own line of new graphics cards capable of real-time ray tracing coming out sometime in the near future.

Anderson .Paak Will Host A Virtual Concert In Fortnite