How to destroy Collector Cases at The Collection in Fortnite Chapter 2, season 4

The fourth week of Fortnite Chapter two, season four just kicked off, and a new set of challenges released for players to level up their Battle Passes. This season’s Battle Pass is stacked with Marvel heroes and villains, increasing the demand for weekly quests and punch cards even more.

All Marvel characters are available through Battle Pass unlocks, and you’ll also need to complete Awakening quests for each of them to unlock their powers alongside extra cosmetics. These Awakening quests are locked behind Battle Pass levels as well, so you’ll need to go through all the weekly tasks if you don’t want to spend more on levels. One of the challenges of this week requires players to destroy three Collector Cases at the Collection.

These cases belong to the Collector, an anti-heroic super-villain from the Guardians of the Galaxy. The Collector recently crashed into the map, and his cases were exposed as a result of it.

Where to destroy Collector Cases at the Collection in Fortnite Chapter two, season four?

Though the quest sounds simple enough since destroying things in Fortnite is one of the most straightforward tasks in the game, finding the Collection can be challenging since the landmark was just introduced to the game. 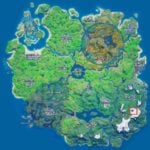 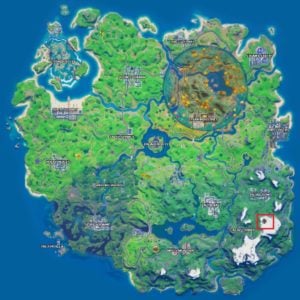 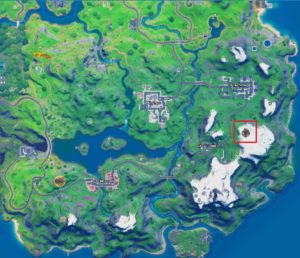 The Collection is located toward the southeast of Retail Row. Retail Row itself is near Dirty Docks, a popular landing location. The landmark you’re after is squeezed into the snowy mountains that are close to Retail Row. You should get a clearer look of the landmark as you get close since it’s noticeably tinier than the marked locations on the map.

Once you stick the landing, look for the Collector Cases that are scattered around the landmark. You’ll need to destroy them either with your pickaxe or a weapon. Destroying a total of three Collector Cases will reward you with 25,000 XP, and a pop-up notification on the left side of your screen should appear once you complete the quest.

Considering the competition will be high during the first week of this challenge, we recommend completing it in the Team Rumble game mode. The players in the game-mode tend to be friendly since most of the lobby tend to aim to get the quests done as soon as possible. Get yourself a weapon just in case, however, and have your fingers on your build buttons to counter anyone that tries to cross you.

The PS5 Is Even Bigger Than The Xbox Series X