Gamers at long last know exactly when Sony’s PlayStation 5 will launch and how much it’ll cost after the company’s September 16 showcase.

It had been more than a year that the vague “holiday 2020” release window had been announced, yet now, gamers have all of the crucial details they need to decide whether they’re going to pick up the PS5 or one of the upcoming Xbox consoles.

Before September 16, Sony hadn’t revealed much about the PS5 since the grand unveiling back in April 2020. The company had only revealed its bold new design and a roster of upcoming titles that will complement the console’s launch in the fall. Now Sony’s next-gen vision is fully in focus.

What’s most important to you about next-gen consoles? Take our poll!

Sony teased a flurry of next-gen titles coming to the PS5 the same day it announced its price and release date. This included a closer look at Marvel’s Spider-Man Miles Morales, a first-look at Demon’s Souls, and a cryptic teaser of God of War: Ragnarok. Word of all of these heavy-hitting titles came only a month after Microsoft announced it was delaying the long-awaited release of Halo Infinite to 2021. 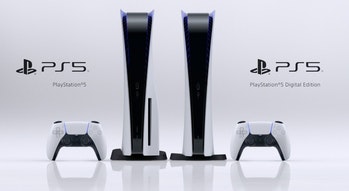 The PS5 and the disc-drive-less PS5 Digital Edition.Sony Interactive Entertainment

Sony has effectively dominated the current-gen console war against Microsoft. The company announced that the PS4 had become the second best-selling console of all time during an earnings report in October 2019, coming in just behind the PS2. In 2018, Sony hardware made up nearly half of all consoles in use according to a Strategy Analytics report late that year.

Could the PS5 continue what the PS4 started? Here’s everything we know about the upcoming next-gen console.

When is the PS5 release date?

Sony made it official on September 16: The PS5 and the PS5 Digital Edition will launch in the U.S. and select countries on November 12 and worldwide on November 19 (except in China). 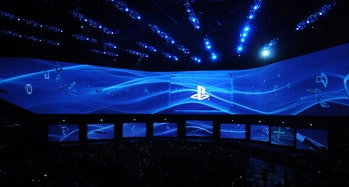 How much will the PS5 cost?

Sony confirmed that the price of the PlayStation 5 at launch is $499.99 and that the PS5 Digital Edition is $399.99, during its September 16 showcase.

This corroborates a rumor reported by Spanish publication Vandal on September 15, which claimed listings for the PS5 consoles went live on the website for Spanish retailer El Corte Ingles. The two devices were listed for the cost of $499 and $399, which both turned out to be accurate.

How can you preorder the PS5?

The preorder window for the console was supposed to begin on September 17, but reservations actually opened up within a few hours of the September 16 presentation.

Amazon, Best Buy, GameStop, Target, and Walmart are all offering preorders, but as of 4 p.m. on September 17 all of these retailers’ supply has been booked. Gamers’ best bet is to periodically check in on all of these sites to see if they’re restocked.

Is there a PS5 trailer?

Yes, Sony has published several different trailers, with one of the more noteworthy being released on September 1 that teases the console’s all-new design, feature additions, and a number of announced next-gen titles that will anchor the console’s launch.

The standard PS5 has a physical disc drive but the more affordable PS5 Digital Edition does not. Gamers will have to exclusively purchase and download digital versions of games, whereas with the standard version, they can do both.

Sony has confirmed that the disc drive is the only difference between these two consoles. In other worse, the hardware specifications are identical, so you’re getting the same overall quality. There’s just no way to play discs in one of them. 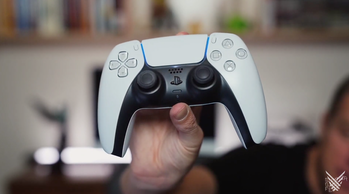 The PS5’s Dualsense controller will be unlike any other PS controller before it.SIE

What about backward compatibility?

The game publisher posted a brief rundown of how upgrading from a current-gen to next-gen consoles will work. This announcement initially contained a disappointing statement for anyone expecting to be able to play their PS2 games on the PS5:

The company has since removed this statement but not before fans expecting to be able to play their entire back catalog of PS games were dishearten by the update. So don’t toss your old consoles in preparation for the PS5 launch, you’re still going to need them if you want to play old games you have lying around.

READ  Fortnite is adding football kits, but not for my team so whatever who cares 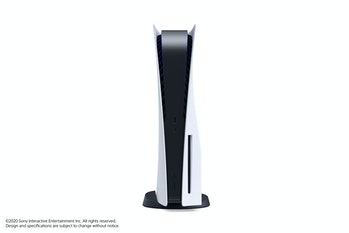 Here’s a look at the PS5 specifications Sony announced:

Here are other standout features that were previously announced: 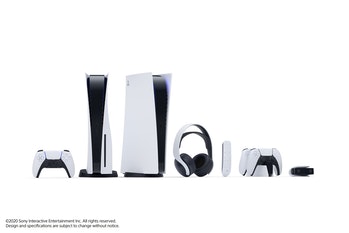 Everything we know about PS5’s DualSense controller

The PS5’s new controller will drop the DualShock moniker of the four previous PlayStation controllers and be renamed the DualSense. The controller was designed to give gamers haptic feedback and comes with adaptive triggers so players get a better sense of touch and feel when playing a game.

New PSVR hardware could be on its way

There have been numerous patents suggesting Sony is working on a new generation of PSVR hardware for the PS5. A Bloomberg report published February 13 also stated that the company is developing a new headset that is “tentatively scheduled [for release] after the PS5 goes on sale.”

The final product could be completely wireless, come with all-new controllers, and offer high-end specs comparable to something like the HTC Vive at a more affordable price point. The PSVR 2 price could be a lot closer to that of Sony’s current VR headset, $299. 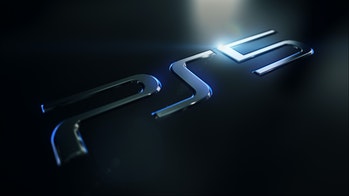 The PS5 could bring console gaming much closer to PC-gaming standards.Flickr / steamXO

A strong list of PS5 exclusives and launch titles will be crucial to Sony’s success in the next-gen console war. Though there are a number of games that have been announced for release in 2021 and beyond — like God of War: Ragnarok, Final Fantasy XVI, Horizon: Forbidden West, and more — there are also other games expected during the “launch window,” like Ratchet & Clank: Rift Apart.

But what of the actual launch titles for day one? Outside of PS4 games that players already own, ongoing live service games like Fortnite, and a curated list of PS4 classics free to all PS Plus subscribers via PS Plus Collection, the actual launch lineup is an impressive, tight list:

The Sony PlayStation 5 will be released sometime in late 2020.

Just A Few Months After Launch, Disintegration&#039;s Multiplayer Is Already Shutting Down