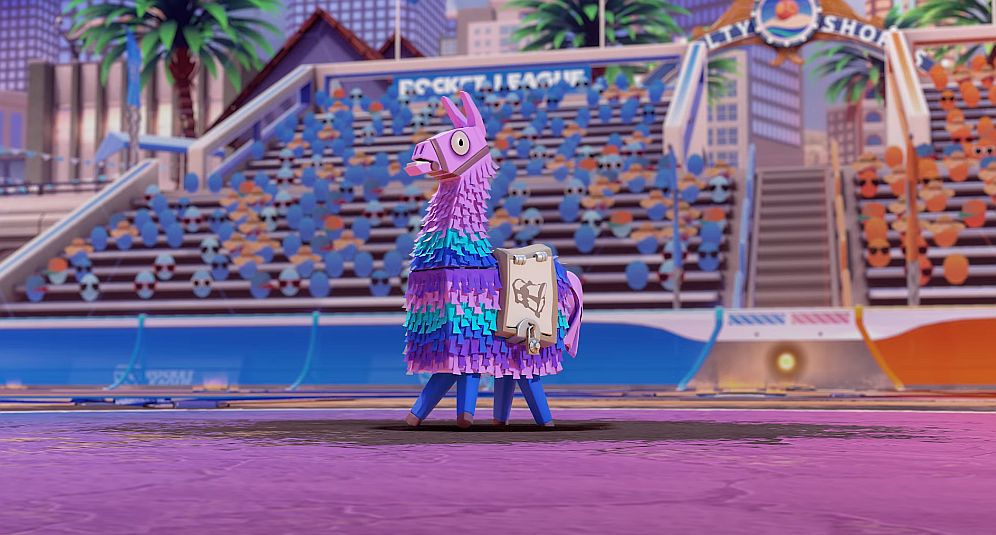 Fortnite is celebrating Rocket League’s move to free-to-play with Llama-Rama, a crossover event where players can complete Rocket League Challenges to unlock rewards for both games.

The Fortnite and Rocket League Llama-Rama kicks off on September 26 and runs through October 12.

Llama-Rama will be live on platforms where Rocket League is available.

For Fortnite, players will receive Challenge rewards after logging into Fortnite after each Challenge is completed in Rocket League. You do not need to claim rewards in Fortnite to get your Fortnite items.

Any completed but uncollected Challenges are auto-claimed when the event ends on October 12.

In other Fortnite news, K-Pop boy band BTS will be featured at Party Royale.  The band will debut a new music video of the single Dynamite, and afterward, players will be able to enjoy a Dynamite afterparty. You will also be able to buy a BTS Dynamite Bundle which comes with two emotes similar to BTS dance moves.

What Happens If You CARRY Iron Man to Dr Doom? - Fortnite Season 4

I joined Youtubers Fashion Shows as their *OWN* Skins!