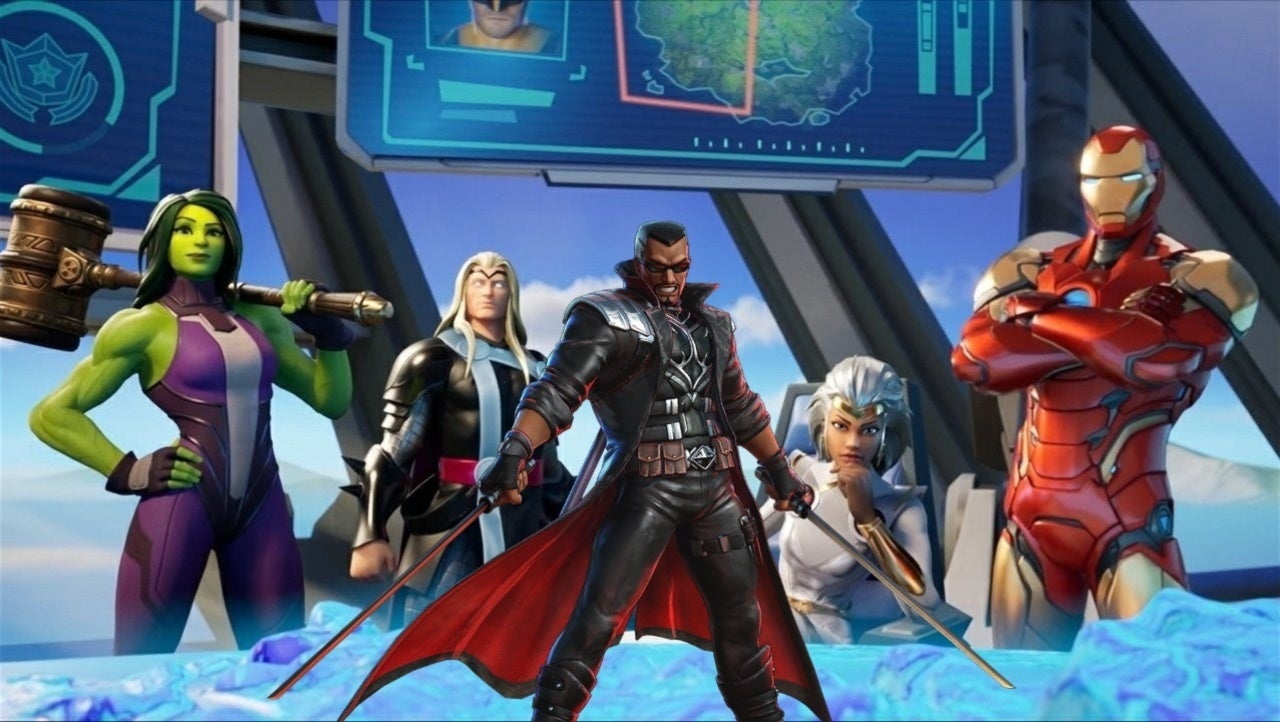 In case you somehow missed it, Fortnite‘s current season, Chapter 2 – Season 4, is basically one big Marvel crossover with the whole Nexus War business officially being Marvel Comics canon. The season has introduced a whole bunch of different Marvel character skins to the title like Iron Man, Thor, and even the Silver Surfer. But now Marvel and Fortnite are teasing the introduction of a fairly surprising character: Blade, the vampire hunter.

Now, the official tease here is basically just a bunch of emojis, but given the hashtag, and the fact that Blade is called the “Daywalker” (see the sun there?) it basically leaves no room for it to be anything else. Also, the usual suspects when it comes to Fortnite leaks and datamining efforts have also been sharing further indications that Blade will be coming in the near future. There’s even reference to a “Blade Bundle” in the code. The only remaining thing now is for the official announcement and assets to go out, really.

we can expect a Blade Bundle sometime in the future! pic.twitter.com/Afm9zrS3Jq

Infos about the patchnotes, and the red letters spell out “Daywalker” pic.twitter.com/m6fs3eVcMb

There is currently no telling when Blade might release as a Fortnite skin as it hasn’t even officially been announced as of yet. In terms of upcoming stuff, Fortnite‘s BTS Party Royale is currently set for Friday, September 25th, at 8PM ET/5PM PT. There will also almost certainly be some sort of anniversary content in the near future.

Fortnite is currently available on most major platforms, but the iOS version, specifically, has hit a snag after Epic Games intentionally set off a chain of events that caused it to be removed from the App Store. The legal fight over that decision is ongoing, but the short version is: nobody’s playing Chapter 2 – Season 4 on an iPhone right now. Fortnite Chapter 2 – Season 4 is currently ongoing on the other platforms, however. You can check out all of our previous coverage of Fortnite right here.

What do you think of the new BTS Party Royale? Are you playing the current season of Fortnite? Let us know in the comments, or hit me up directly on Twitter at @rollinbishop to talk all things gaming!

THIS COULD SAVE US FROM STREAM SNIPERS FOREVER!? W/ @SypherPK