Fortnite season 4’s week 5 challenges send players all over the island, but only one is about dancing robots. This challenge tasks players with making a Stark robot dance.

While this challenge may sound simple, it’s a little more complicated than you might think. First of all, you’ll need to know where to find Stark robots. The most obvious place and the one we’ve marked on the map below is Stark Industries. There are always robots roaming around this area, but it’s also hard to get them to dance because there are other players shooting constantly. But there’s also an easier place to find these robots. 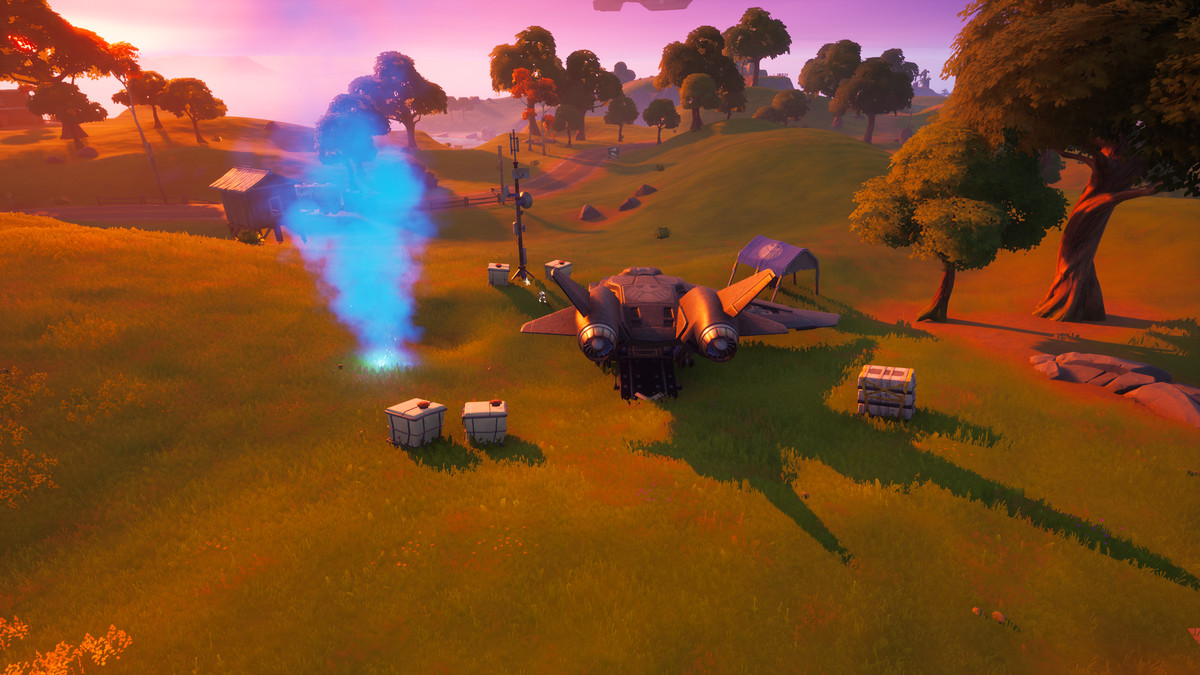 While Stark Industries may be the most consistent spot for robots, the easiest is one of the Quinjet crash sites that spawn randomly every match. These spots always have robots and rarely have players, but you can’t plan where they’ll be. Each crash site is marked with a pillar of blue smoke that’s visible from the battle bus. If you want to head to a crash site after the drop, they’ll be marked on your map with a small white ship icon, like the ones that the yellow arrows (the smaller ones) are pointing to on the map below. 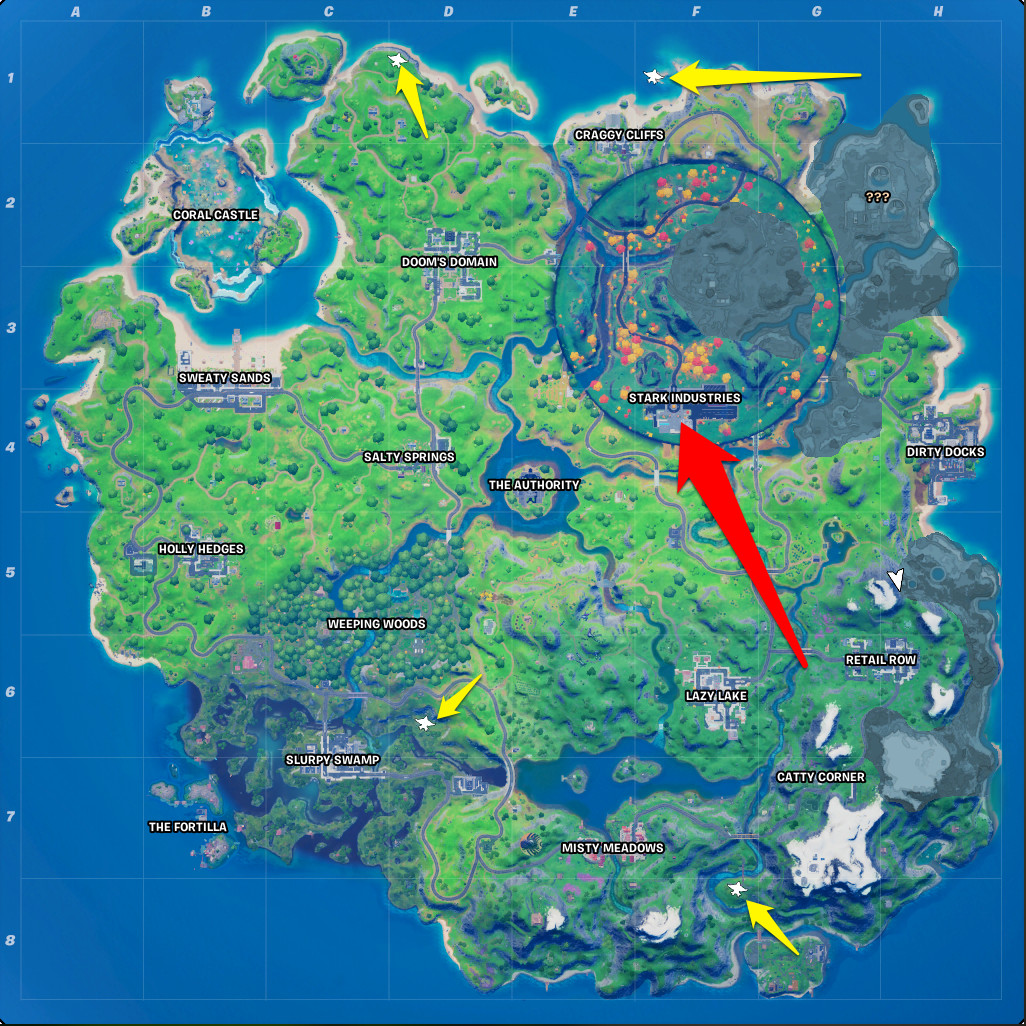 Note the Quinjet locations are random, so they won’t be in these spots every match Image: Epic Games via Polygon

Once you land at the crash site, the more complicated part of the challenge begins. First you’ll need to find a weapon — there’s usually a chest with a gun inside the Quinjet. Next, shoot all of the Stark Industry robots, but just down them, don’t kill them. Once every single robot in the area is down, walk up to one and interact with it to hack it.

Once it’s hacked, it will be on your team, follow you around, and shoot at enemies for you. On top of that, the hacked robot will also dance with you if you emote near it. Once you’ve got your hacked robot, just emote nearby and it’ll start to dance, completing this challenge.

We’ll be there x2 to see @SlushiiMusic take the stage for our Spotlight concert series. Meet us at the Main Stage, September 26th at 5PM ET. https://t.co/r718pV1lfJ