Before the game became free, its numbers weren’t that massive. The number of concurrent players in August reached a peak of around 70,000, according to data website Steam Charts.

It was launched five years ago in July 2015. Since then, the average number of players has slowly grown, reaching around 40,000 players this year. The highest peak only happened earlier this year when the COVID-19 pandemic started, though.

Rocket League saw a peak of almost 120,000 concurrent players in March. With lockdowns in place, many people turned to video games to spend their extra free time and play with friends online. 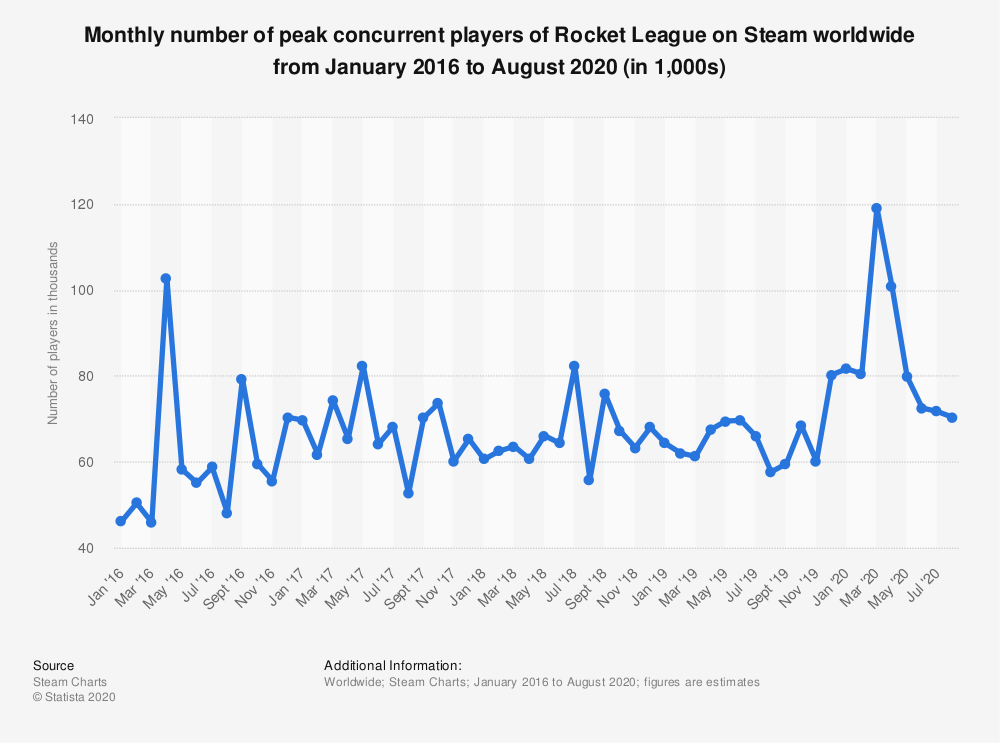 After March, the game’s peak numbers fell but it maintained its typical number of average players. These numbers only consider players on PC, though, since the website only keeps track of Steam accounts.

Rocket League is also available on PlayStation 4, Switch, and Xbox One. It allows for crossplay and is now free to play on the Epic Games Store. It will remain free for one month until Oct. 23 on all platforms.

The demand was so high yesterday that the game’s servers went down for a while. It’s likely the number of concurrent players will drop after everyone gets their free copy and tries it out, but it’s impressive that the game achieved one million players five years after its release.