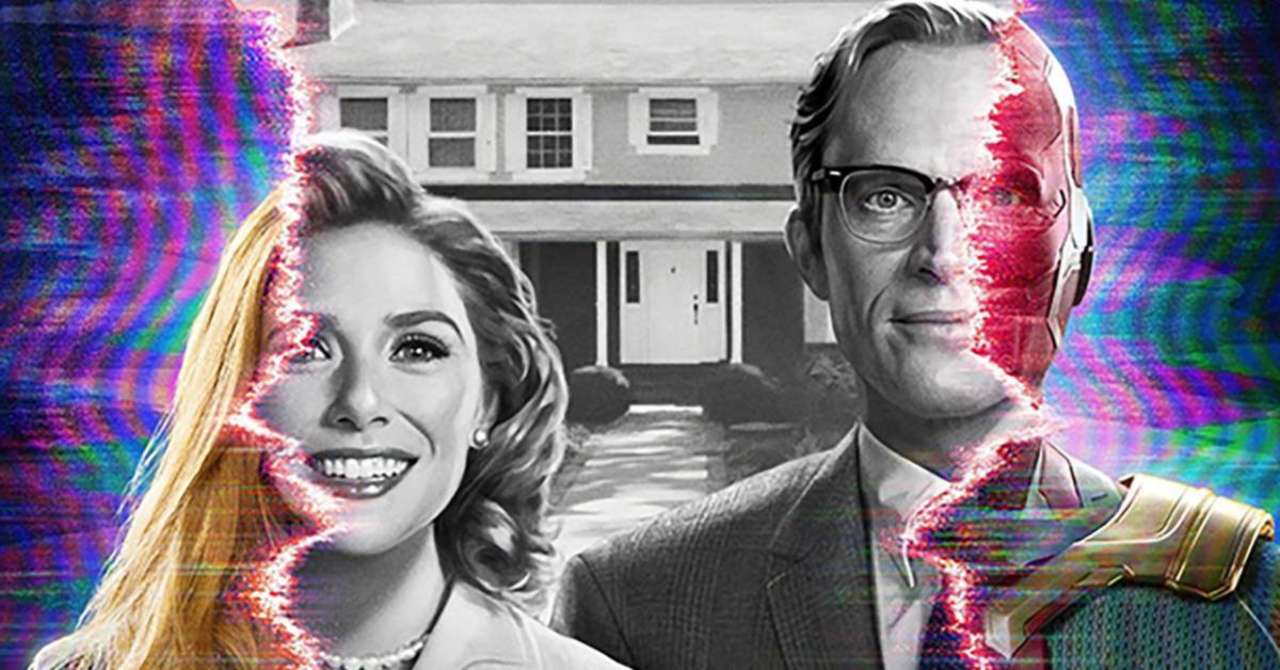 The Marvel Studios drought is finally over now that we have seen the first WandaVision trailer, hyping up the Disney+ series set to premiere later this year. This is our first look at the Marvel Cinematic Universe series as the franchise moves beyond movies, adding to the new streaming service with costumes straight out of the comics, and possibly changing everything we know about the Avenger we like to call the Scarlet Witch. The trailer is loaded with brand new footage teasing new storylines, so we had to dissect every frame and pick out all of the new details that could have a major impact on the MCU. Whether these theories prove to be right or wrong in the future, we had a great time poring over every detail, so please make sure to subscribe to our channel!

The trailer starts in black & white, which I think is the first version of Wanda creating a reality where her and The Vision are together. It starts as a big nod to I Love Lucy and I think when everything starts to be in color, maybe this is Wanda’s imagination becoming a reality? She is the most powerful character in the MCU so we aren’t sure what her mind is capable of just yet. But if she could just manifest this show coming out sooner than later, that’d be great.

The dinner table scene is the big key here. Two people, probably posing as neighbors, start asking questions about where Wanda and Vision came from. Of course, we know Vision was not only killed by Wanda to try to save the world but then Thanos went ahead and unplugged him for good. Iron Man’s snap didn’t bring him back, so Wanda and Vision seem to remember for the first time that they can’t remember how they got here.

Here’s the thing, these two people might be agents of Mephisto trying to absorb Wanda’s kids, Wiccan and Speed, as Wanda may have use fragments of the demon Mephisto’s soul to create them. Based on the conversation, these kids aren’t in the picture yet, so maybe these neighbor people in the wrong reality or they’re time traveling and came to Wanda too soon?

Ready to get that tin foil hat really tight? Kathryn Hahn is in this for a mystery role, popping up several times. The top theory is she is playing Agatha Harkness, a sorcerer who is hundreds of years old. If that’s true, Agatha is probably working for Mephisto, and those people at the table could be projections from Agatha, going under cover with some real witchery business.

We see Agatha later in the trailer, zoned way out in a car until Vision pokes her head and gives her a piece of his mind, literally (indicated by the yellow glow across her face). I think she may have been essentially paused, as Wanda could have left this reality and went to another. Somehow Vision isn’t impacted by this and it might be how he realizes for the first time everything isn’t what it seems, so he flies up over the city to see everything is paused when Wanda is off on a separate adventure.

Then again, maybe Vision is simply “Awakening” her like characters were “Awakened” in House of M comics. Back at the dinner table, the bottle of one is labeled “MAISON DU MEPRIS,’ which translates to “House of Contempt,” but is also obviously a House of M easter egg. The House of M book is where Wanda creates an alternate reality and won’t let it go because she wants to be able to keep her kids, so this new world has things like Doctor Strange being a psychologist and Gambit being a criminal. We don’t know if Wandavision is contained to a neighborhood, an alternate timeline, or will apply to the entire Mcu like House of M applied to the entirety main Marvel Comics universe.Of course, that brings up questions like, what’s gonna happen in Spider-Man 3 and how is Thor 4 gonna go down? Is that why Jane is Thor? No but also there’s too many questions to address them all with so few answers.

Now, let’s talk about Monica Rambeau! Monica was a kid in Captain Marvel but she’s grown up quite a bit with Teyonah Parris playing the part this time. We see her getting yeeted to a different reality covered in Wanda’s red sorcery, so here’s my thoughts — Wanda is being sent out of Scarlet Witch’s fake sitcom fairy tale world. I think she was sent in undercover to try to see what was going on as one of Nick Fury’s Agents of SHIELD. When she comes through to the night time location, it looks a lot like an old TV if you got really close to how its picture is created, so she could be exiting this fake TV world and entering real reality again. Plus, look at her costume, it looks like it’s made for an 80’s TV show.

And those people who find her — at the front, we have a leader in this SWORD regime. Behind him, we might just have Darcy Lewis, because we know Kat Dennings is reprising her role last seen in Thor: The Dark World, and she’s worked closely with Dr. Eric Selvig in trying to figure out some multiverse theories in the past… but, back then, we thought Selvig was crazy.

Also, a little to the left of the frame, I’ve seen some people theorize this could also be Teyonah Parris, so we might be creating a time travel or multiverse paradox of sorts, where Monica Rambeau exists with another version of herself and tells past self to go on the mission that got her here in the first place.

Also, a special shout out to the classic Vision costume showing up in Halloween costume form, though.

What easter eggs and references did you catch in the WandaVision trailer? Are you hyped to be getting Marvel content in 2020? Share your thoughts in the comment section or send them my way on Instagram!

Where to find a Trask transport truck in Fortnite