Square Enix just debuted a new trailer for Dragon Quest XI S: Echoes of an Elusive Age – Definitive Edition during its special TGS2020 Online presentation. The latest trailer explores some of the newest features players can expect from the new version of the game. The game will, of course, once more follow the hero called the Luminary as he works to uncover the secrets of his past and the fate that lies before him. 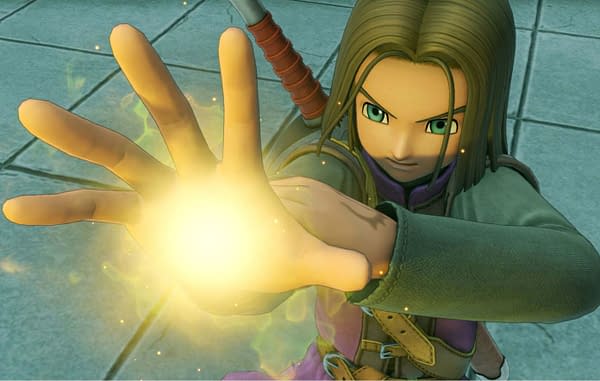 The trailer shows off some of the new character side stories, Japanese and English audio, 16-bit World of Tickington, retro 2D mode, and a host of other enhancements. It looks like this could be the best way to play the game if you haven’t already, especially with all the added content. Check out the trailer with the new footage below:

Additionally, Square Enix also announced that this installment of Dragon Quest would be coming to the Epic Games Store this December in addition to its release on the Xbox One, PlayStation 4, Windows 10, and Steam platforms. It will be available for Xbox players as a Play Anywhere title. There are several Dragon Quest releases in the wild, but this is the latest game to get the “definitive” treatment. It’s certain to keep players busy already, but all the additional content is enough to make completionists shiver.

Square Enix also announced that Dragon Quest XI as well as Dragon Quest XI S have together surpassed six million copies shipped and downloaded worldwide on PlayStation 4, PC, Nintendo 3DS, and Switch. If you’ve yet to jump into the game, be sure you don’t miss this version this time around.

Brittany Vincent has been covering video games and tech for over
a decade for publications like G4, Popular Science, Playboy, Empire,
Complex, IGN, GamesRadar, Polygon, Kotaku, Maxim, GameSpot, Variety,
Rolling Stone, Yahoo, and more. She’s also appeared as a speaker at
video game conventions like PAX East and has coordinated social media
for companies like CNET.