Annapurna Interactive&#039;s The Pathless Will Launch On November 12th

Annapurna Interactive revealed this week that they now have an official release date in November for their upcoming game The Pathless. We’ve seen them promote the game for a while now as you are an archer in the wold learning to hone your skills and become one with the forest. It actually looks really cool and the artwork behind it is quite unique. But up until now, we haven’t really had an idea of when it would launch. Nowe know the game will come out on November 12th for PlayStation 5, PlayStation 4, PC through the Epic Games Store, and Apple Arcade. We’re kind of surprised there’s no word on a Nintendo Switch version as this looks almost tailor-made for the portable console, perhaps down the road when the console exclusivity is gone and they eventually release this for the Xbox Series X. Until then, you can check out the latest trailer for the game as it will come out the same day the PS5 launches. 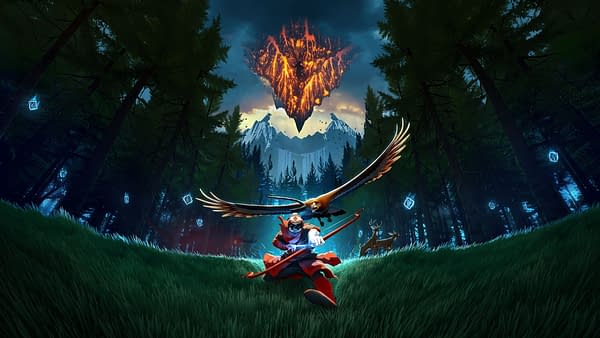 Become one with the forest in The Pathless, courtesy of Annapurna Interactive.

READ  Fortnite might get Master Chief, plus other Halo goodies

Call of Duty: Mobile has made nearly $500 million in a year