Bugsnax Will Officially Be Released On November 12th

Bugsnax, the adorable game that has got everyone weirded out about transformation now has a November release date. Young Horses revealed today that the game will be released on November 12th, 2020 for the PS4, PS5, and on PC exclusively through the Epic Games Store. What’s more, the developers revealed the complete voice cast for the game in their announcement, which we have for you below. Plus you can see them being voiced in the new trailer at the bottom! It’s a fun cavalcade of talent that will make the game pop when it comes out next month. 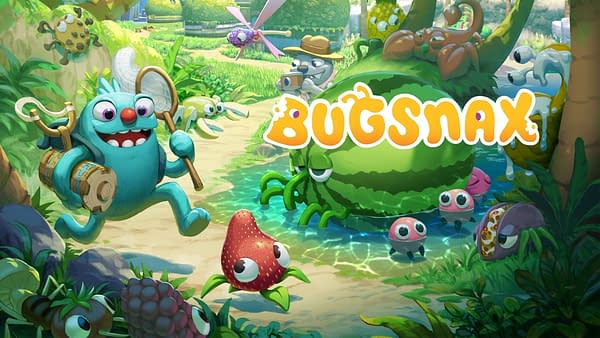 What kind of Bugsnax will you find and transform? Courtesy of Young Horses.

“It took a lot of restraint not to geek out around so many industry icons gathered into one place!” reported Kevin Zuhn, Creative Director at Young Horses, in today’s PlayStation Blog. “And speaking of, we managed to put them all in a room together for some ensemble recordings (pre-pandemic, thankfully). It turns out this is pretty uncommon for games to do, especially with a cast this large. But that’s one way our naivete can be a strength, because seeing them all play off of each other’s energy was wonderful.” You will find the full cast listed below.

Rising Storm 2: Vietnam and Abzû are free for the week on the Epic Store

The Free Guy Cast Changed The Movie With Improv While Filming