This past week, tinyBuild Games revealed all their plans for Q4 2020, as they will be releasing a bunch of new content. There’s a fine mix of new games and expanded content, which we have the details of below from the company. The first big reveal is that they will be releasing Hello Puppets VR sometime before the end of the year. As well as two new games on the horizon with Startup Panic (which is already haunting us) and Happy’s Humble Burger Farm. As for established games, Graveyard Keeper is getting a new DLC for Halloween, as well as Hello Neighbor 2. Additional games talked about include UnDungeon: Arena, which is a combat-focused Action/RPG UnDungeon coming on October 29th as a free download, and Cartel Tycoon will have a major announcement that same day. You can read more below and check out trailers for a few of those games. 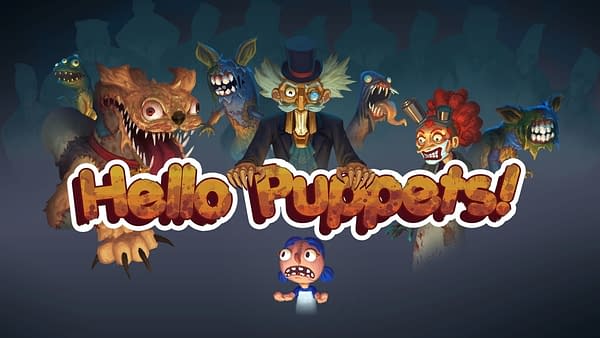 Hello Puppets VR will be out sometime in Q4 2020, courtesy of tinyBuild Games.

tinyBuild will publish the game on Steam VR on October 22nd, bringing the horror-comedy adventure to new devices like HTC Vive and Valve Index. A yet-to-be-announced sequel is also in the works.

The medieval graveyard management sim gets its first major DLC this Halloween, adding 12 hours of gameplay, new mechanics, and new mysteries to unravel.

A second, Halloween-themed free Alpha version of Hello Neighbor will launch on the website at the end of October.

Best Ninjas in Fortnite Save the World | TeamVASH