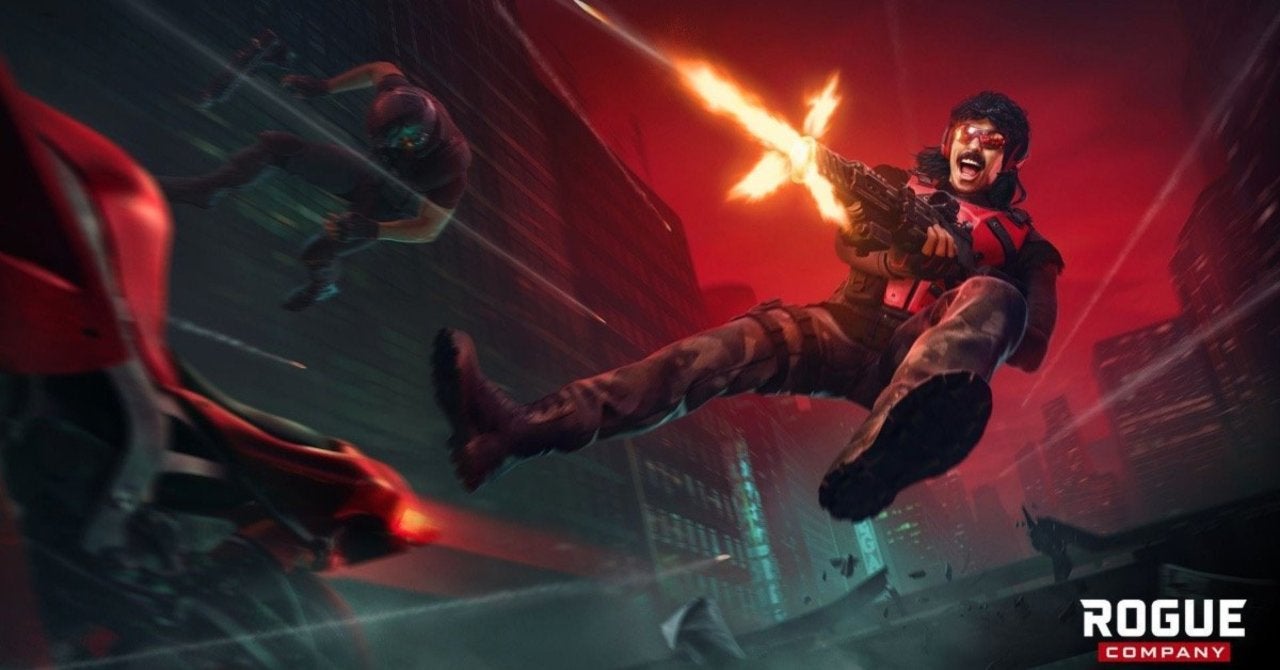 Guy “Dr Disrespect” Beahm is now playable in Rogue Company as a Legendary Skin for Dallas. The streamer appears in the game alongside a brand-new map called “The Arena.” In true Dr Disrespect fashion, The Arena is covered in the character’s likeness. The map was designed by Beahm, who previously worked on maps for Call of Duty: Advanced Warfare while working for Sledgehammer Games. Dr Disrespect has been teasing the upcoming map over the last few weeks, but footage of the map, and the Dr Disrespect skin, were both revealed in a new video from the streamer. The video can be found embedded in the Tweet below.

The Arena map is based on the headquarters that fans have seen in Dr Disrespect’s streams. The skin also features a number of voice lines from the character, as well. In addition to the skin, fans will be able to snag a Dr Disrespect bundle, which includes a Legendary emote, a Rare Spray, and more. Last but not least, a limited time mode will appear alongside the new update, and players that complete certain tasks will be able to earn a Triple Threat Challenge Profile Banner. For fans of the streamer, that’s quite a bit of content!

Dr Disrespect is not the first influencer to appear in Rogue Company; last month, the game featured a collaboration with 100 Thieves. Dr Disrespect’s appearance is interesting, however, given the bizarre controversy that has surrounded the streamer over the last few months. In June, Dr Disrespect was banned from Twitch, without any reason provided by the platform or by the streamer. Beahm has hinted that it may have been a salary dispute, and has indicated that he may pursue legal action, but it’s unclear on what grounds. The streamer has since found success on YouTube, but the mystery regarding the ban remains a hot topic of conversation.

READ  Borat Will Appear Live on Twitch With DrLupo

Rogue Company is available on Nintendo Switch, PlayStation 4, Xbox One, and PC via the Epic Games Store. You can check out all of our previous coverage of the game right here.

Are you interested in the Dr Disrespect content in Rogue Company? What do you think happened between the streamer and Twitch? Let us know in the comments or share directly on Twitter at @Marcdachamp to talk all things gaming!

Best Pistols in Fortnite Save the World! | TeamVASH

AMONG US woooooo 🔴LIVE🔴