ScourgeBringer Gets A New Trailer& Goes Up For Pre-Order

Dear Villagers released a new trailer today for their upcoming game ScourgeBringer, as well as officially put the game up for pre-order. The game has been doing well in Early Access on Steam as players helped make the game a top title back when it was released there in February 2020. But now with the console version on the horizon, the devs are making sure Nintendo Switch and Xbox One players get a full look at what the game has to offer. The fast-paced free-moving roguelite platformer will also give those on Steam and the Epic Games Store who supposed the Early Access some special additions when it comes out next week, which include a 12-page digital comic prequel, early prototypes artwork, 10+ different 4K wallpapers to download, and an optional 28-track OST by acclaimed composer Joonas Turner. That’s quite the thank you note from the company. Enjoy the latest trailer below before the game officially comes out next week. 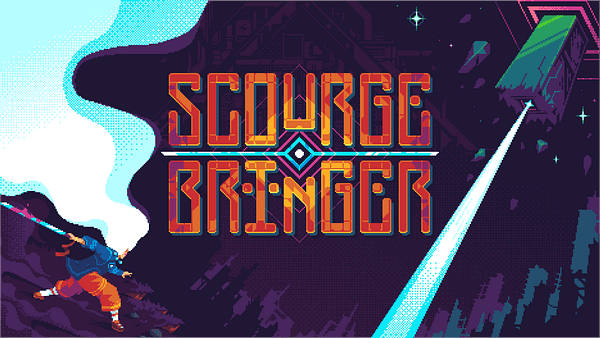 ScourgeBringer will be released on October 21st for consoles, courtesy of Dear Villagers.

Set in a post-apocalyptic world where a mysterious entity wreaked havoc on all humanity, ScourgeBringer puts you in the shoes of the deadliest warrior of her clan: Kyhra. Help her to explore the unknown and slash her way through ancient machines guarding the seal of her past, and maybe the redemption of humanity. ScourgeBringer aims to channel the mystery and rawness of an early rogue-platformer, with fluid control, aerial combat, pixel graphics and a punchy soundtrack. The story follows hero Kyhra, who is sent away to uncover the secrets of an Eldritch monolith which is threatening to destroy her world. Armed with her trusty combat drone, she must shoot and slash her way through the infinite depths of an ever-changing dungeon, wherein gigantic bosses, ancient machines, strange ghosts and untold secrets from previous explorers await.