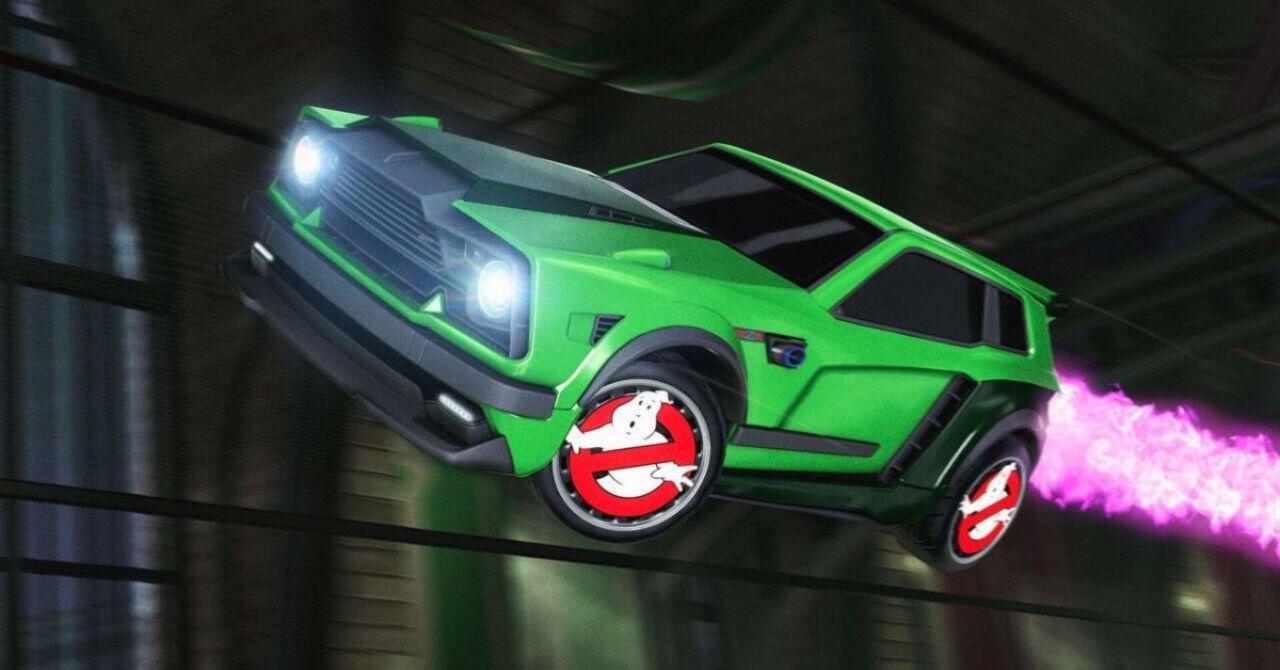 With Halloween just over a week away, Epic Games has announced a Rocket League event that will feature a Ghostbusters “Haunted Hallows” tie-in theme. Starting today, players will be able to unlock special Ghostbusters-themed items, such as Wheels, Mood Slime Boost, Slimer and Stay Puft Toppers, and more. In order to obtain these items, players must complete Event Challenges, and each one will unlock one item from the Haunted Hallows set. Additionally, the Ecto-1 vehicle is back in the Item Shop, alongside Goal Explosions featuring Stay Puft, or a Reaper. The Ecto-1 and the Toppers can be found in the Tweet embedded below.

In addition to the unlockable in-game items, fans can also take part in a pair of limited time modes. Haunted Heatseeker is similar to the normal Heatseeker mode, but it takes place in the new Haunted Urban Arena. There’s also Spike Rush, which takes place on night map variants.

Don’t Cross the streams because Haunted Hallows is live! Jump in and unlock Ghostbusters Items and enjoy the Limited Time Modes! pic.twitter.com/eehk50s5JU

The Ghostbusters items were previously released in Rocket League, but this is the first opportunity that they’ve been available since the game went free-to-play last month. In fact, the Ecto-1 is the first licensed car to return to the game’s Item Shop since the changeover!

Given the universal appeal of the Ghostbusters franchise, it makes a lot of sense to see the brand used for the first major holiday event in Rocket League after going free-to-play. Since the original Ghostbusters released in 1984, the films, cartoons, and comics have been a staple of popular culture. Ghostbusters: Afterlife, the fourth film in the franchise, was supposed to release over the summer, but was pushed back due to the coronavirus pandemic. As such, the Haunted Hallows event just might be the perfect thing for those starving for Ghostbusters content to fill the gap!

The Haunted Hallows event will last until November 2nd. Rocket League is currently available on PlayStation 4, Xbox One, Nintendo Switch, and PC. You can check out all of our previous coverage of the game right here.

Are you a fan of Rocket League? What do you think of the game’s Ghostbusters Halloween event? Let us know in the comments or share your thoughts directly on Twitter at @Marcdachamp to talk about all things gaming!

Why did Epic SECRETLY add THIS to Fortnite..?

Manifold Garden&#039;s architectural puzzles are now on Steam and Itch