Epic Games has revealed the details of their Fortnite Halloween event as we’re getting Fortnitemares: Midas’ Revenge and a concert. You’ll have to go diving back into the danger again dealing with zombies, vanquishing Challenges, and eventually catching a party for some in-game rewards. What’s more, you’re getting an Afterlife Party featuring J Balvin on Halloween night, if you happen to be one of those people who won’t go out on Halloween and will be playing Fortnite. You can read details on both events below as the event has started today. 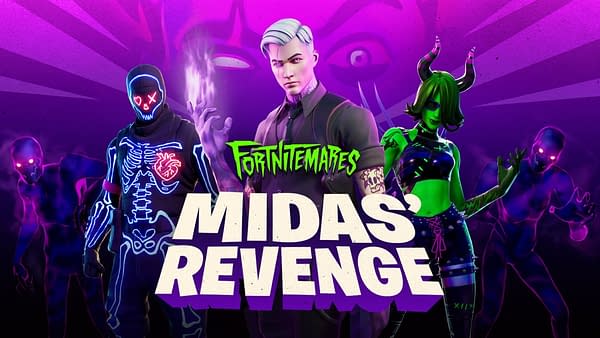 Shadow Midas has taken over The Authority with his reawakened Henchmen. Stop him before you turn into a Shadow yourself. After being eliminated in Solo, Duos, or Squads, return to battle as a Shadow for your shot at a Shadow Royale. Join fellow Shadows to defeat survivors by using your otherworldly abilities, like possessing the body of vehicles. Throughout Fortnitemares, complete new Challenges to unlock special in-game rewards, including the Midas’ Shadow Wrap, Smash O’-Lantern Pickaxe, Bobo Back Bling, and more! Be seasonally-appropriate or stay scary year-round. 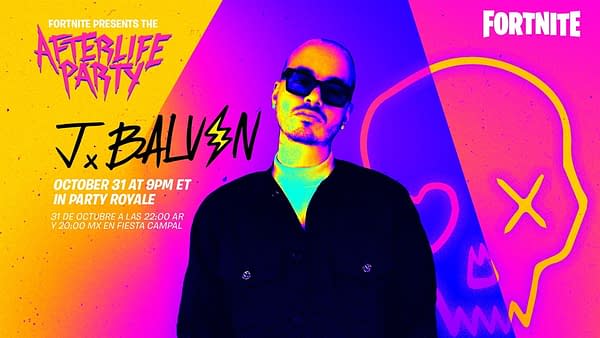 Headlining this year’s Fortnitemares event, Colombian reggaeton superstar and four-time Latin GRAMMY winner J Balvin will awaken your spirit in the Afterlife Party — a special performance in Party Royale featuring Latin culture and reggaeton… including the debut of his brand new song featuring Sech!  Get inside the mind of J Balvin: the party happens at the Main Stage in Party Royale on October 31 at 9 PM ET (6 PM PT). When the Afterlife Party premiere wraps, you can catch rebroadcasts of J Balvin’s performance on November 1 at 1 PM ET and 6 PM ET (10 AM PT and 3 PM PT) — again at the Main Stage. You can also watch the premiere and rebroadcasts with your friends on the mobile phone chat app Houseparty!

YOU CAN NOW RESEARCH THESE HEROES!! | Fortnite Save the World | TeamVASH