Home » Fortnite » Sectorfocus Blog: Activision’s Earnings Will Show How It Fared Under the Pandemic
FortniteLatest News From Fortnite

Sectorfocus Blog: Activision’s Earnings Will Show How It Fared Under the Pandemic 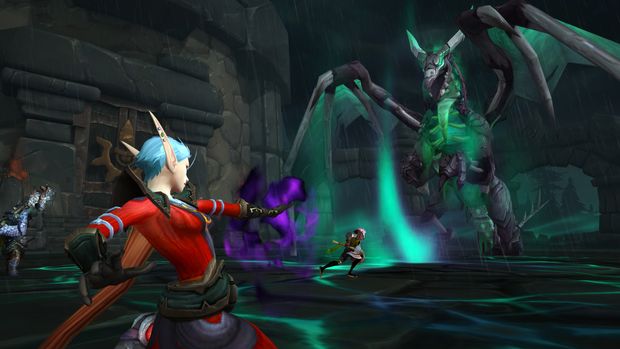 Activision Blizzard reports third-quarter earnings results after the market closes on Thursday. Investors will get a look at how the company’s gains amid Covid-19 shutdowns held up over the summer.

The company’s shares have soared about 47% in the past 12 months, though the stock has been mostly sideways in the past three months.

Activision’s year included a well-timed launch with Call of Duty: Warzone just as lockdowns began rolling out. The game, which is a free-to-play battle-royale like Fortnite, has amassed more than 75 million players. The franchise’s next major title, Call of Duty: Black Ops Cold War, is set for release on Nov. 13.

The latest World of Warcraft expansion, called Shadowlands, was pushed back from a usual late-summer launch to Oct. 27. That delay led some investors to question if any other upcoming titles could release later than expected, according to Jefferies analyst Alex Giaimo.

For the company’s third quarter, analysts expect adjusted earnings of 65 cents a share and sales of $1.7 billion, according to FactSet. Giaimo has a Buy rating on Activision stock with a $105 price target. He wrote in a note on Sunday that he thinks investors underestimate how sustainable current trends can be.

Amid the pandemic, online gaming has boomed, while money and time spent shifted away from leisure travel to at-home entertainment. That’s sent shares of Activision higher, along with rivals Electronic Arts (EA) and Take-Two Interactive Software (TTWO).

Giaimo said the stock is his favorite in the videogame space. He pointed to a strong set up for the stock to gain as sales rise and investors boost their valuation multiples.

READ  Fortnite: How to Deliver a Semi Truck from outside Upstate New York to Stark Industries

Another factor for investors to consider is the launch of new videogame consoles from Sony and Microsoft. Such shifts to a new generation have historically driven higher sales, as consumers begin to build up their game libraries. The new Call of Duty should be among the hot titles. As Barron’s has noted, shares of game publishers are one way to play the new launches.

Activision’s results could also move shares of Take-Two and EA if they signal broader trends for the games industry. Both report results the following Thursday.

Write to Connor Smith at connor.smith@barrons.com