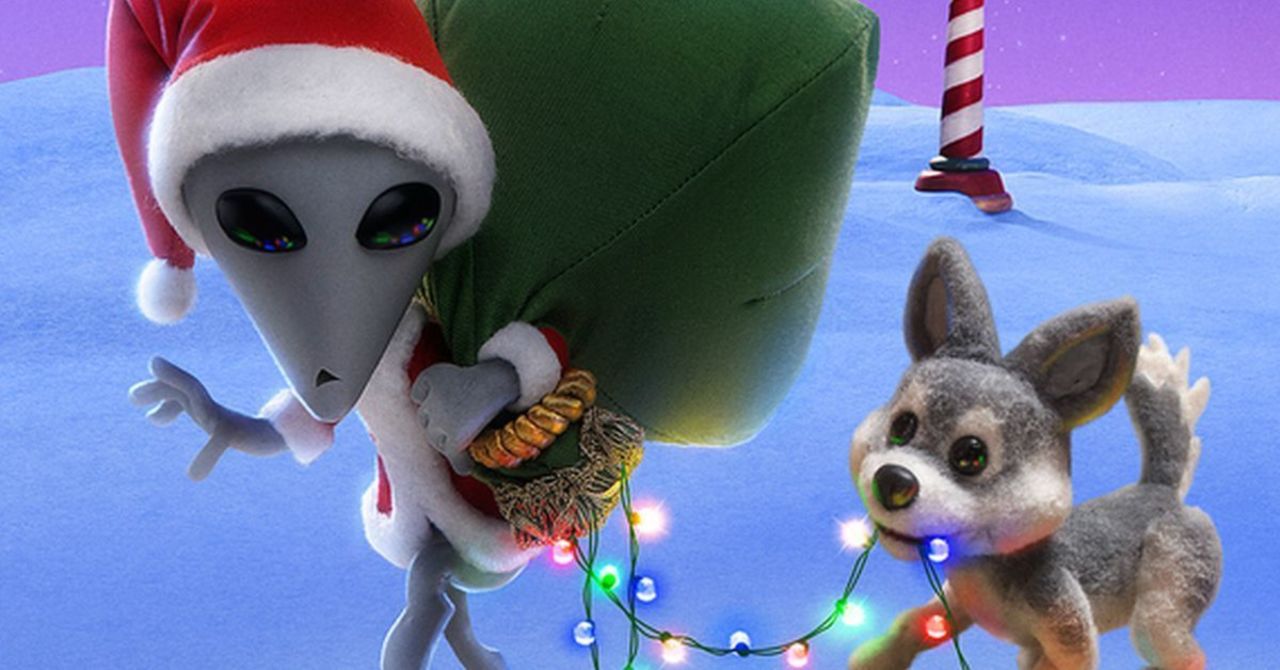 Previously revealed to be arriving later this year, the latest offering from legendary effects creators and filmmakers The Chiodo Brothers officially has a trailer as the upcoming stop-motion Alien Xmas special arrives on Netflix on November 20. Based on the book by Stephen Chiodo and Jim Strain, and paying homage to stop-motion holiday specials like Rankin/Bass’ Rudolph the Red-Nosed Reindeer and Santa Claus Is Comin’ to Town, the special is described as follows: “When a race of kleptomaniac aliens attempts to steal Earth’s gravity in order to more easily take everything on the planet, only the gift-giving spirit of Christmas and a small alien named X can save the world.” Check out the trailer below!

Best known for writing, directing and creating the effects for 1988’s Killer Klowns from Outer Space, The Chiodo Brothers made a name for themselves previously by creating stop-motion sequences and effects for other films like Critters, Ernest Scared Stupid, Elf, and Team America: World Police; plus multiple times working on The Simpsons. Earlier this year, Edward Chiodo spoke to ComicBook.com about what he had in store for audiences with the new special.

“It’s an original Chiodo Brothers property based on the children’s book that my brother Stephen and Jim Strain wrote,” the filmmaker explained. “My brother Charlie illustrated it and we partnered with Jon Favreau who’s our executive producer and we set it up at Netflix and for the last a year-and-a-half, we’ve been making this special.”

He continued, “It’s a great little story. It’s about the true meaning of Christmas. It’s basically this nasty, evil alien race comes to Earth to plunder it and take all our stuff. In order to do so, they have to build a machine at the top of the world to suck Earth’s gravity away. And then when everybody flies into space, they suck it all up in their vacuum spaceships. And then they enlist the services of an alien called ‘X’ and he goes up to the top of the world and then we find out Santa and the elves are the first line of defense against this nasty, evil alien invasion. It’s all done in glorious, traditional stop-motion animation, puppets on the stage.”

READ  Sea of Thieves Is Making Some Major Changes in 2021

The filmmaker noted that this wasn’t the only production his team was working on earlier this year, as another unspecified project had to go into hiatus due to the coronavirus pandemic.

Are you stoked for a new effort by the Chiodo Brothers? Sound off in the comments below and let us know!