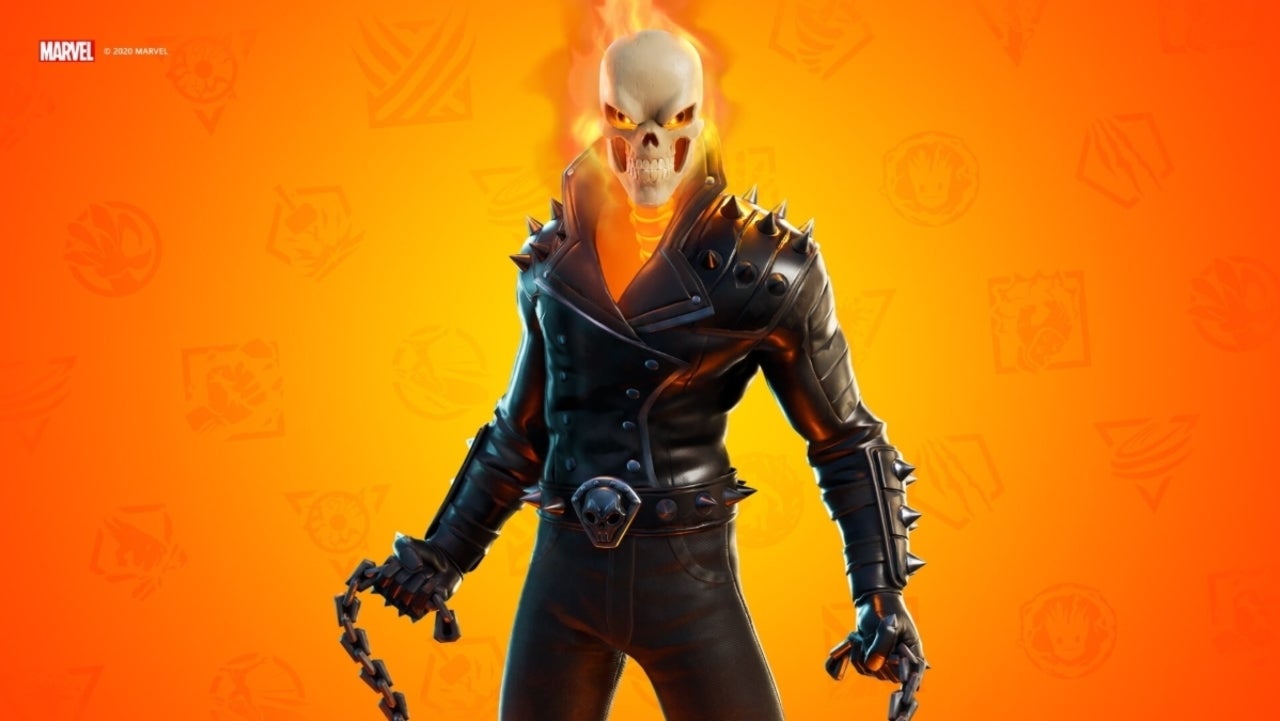 One of the many Fortnite leaks happened again this week to reveal what appears to be the full Ghost Rider set, and based on what we’ve seen so far and what players are saying, it’s looking to be a set of cosmetics that we’ll see a lot of people using in-game. The set consists of the Ghost Rider skin itself along with some extras like back bling, a glider, and more skins for things like weapons and vehicles. It’ll presumably be available in the game’s Item Shop after the Ghost Rider skin is up for grabs itself.

Fortnite leaker and dataminer ShiinaBR shared the preview of the Ghost Rider set in the video below after taking a look at the items and their effects in Fortnite. Aside from the Ghost Rider skin that’ll be the main draw for anyone looking into the set, it also includes a back bling of a magma ball wrapped in chains, a set of molten chain pickaxes, a glider featuring Ghost Rider’s signature vehicle, two emotes, and a bunch of different skins for vehicles and weapons. ShiinaBR also clarified some questions about the glider in a follow-up tweet since people were so interested in what the animated glider would feel like to use.

The Ghost Rider set was decrypted while I was sleeping, but here’s still a showcase with ALL his cosmetics! 😀 pic.twitter.com/Kl9QiHGP3P

As far as I know, Ghost Riders’ glider is surfable just like the glider of TNTina! I hope this clarifies the question for the people who asked me. 😊

The Ghost Rider skin itself is one that’s been teased several times before, and even if you’re not a big Ghost Rider fan, it stands out from the others visually if nothing else. Like the antihero himself, it’s distinctly different from the rest of the Marvel heroes that have been added throughout Season 4.

Like the Daredevil skin before it, players will have a chance to get this cosmetic for free without having to spend anything in the Item Shop at all. You can do so if you place well enough in the latest tournament event that’s going on this week and into the future. The back bling showcased in the video above will be included with the prizes given out during the Ghost Rider-themed event, but for the rest of the character’s set, you’ll have to just pick those up from the Item Shop.

OG Pickaxe Fortnite: How to get the OG default pickaxe / throwback axe