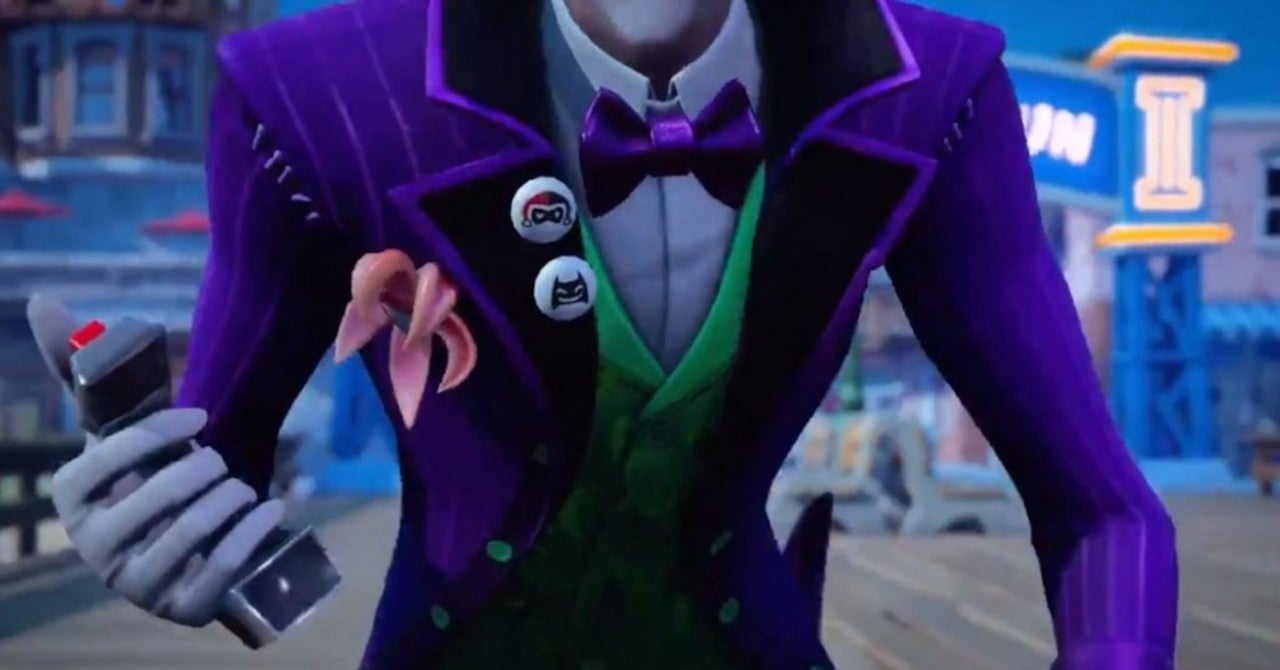 The new Fortnite DLC trailer leak, with its DC Comics Joker skin, has players buzzing that C4s could be making a return to the game. The “Last Laugh Bundle” that was announced months ago just got a trailer, which revealed the new DC skins including Joker, Poison Ivy and Midas Rex. That same trailer was also was one long cinematic teaser that saw Joker running around the Amusement Park area, blowing everything up with C4s. The controversial weapons have been repeatedly released and then banned by Epic Games – largely due to complaints of C4s being too overpowered.

Epic has tried tinkering with C4s (read: nerfing) in order to re-introduce the weapon to Fortnite, but it never quite seems to be a success. So far, this hint that C4s will be coming back with Joker and the Last Laugh Bundle is just speculation – but the Clown Prince of Crime is known to love his explosives, and sewing chaos – and C4s certainly check both those boxes.

Ironically, Epic may have the best opportunity yet to bring back C4s – without player complaints. After all, the theme of the Last Laugh Bundle and its Joker skin suggest big, crazy, chaotic, battles, as befitting the iconic villain. Big team battles with C4s exploding everywhere seems like it could actually be fun, in that kind of context.

Scroll below for details on Fortnite’s The Last Laugh Bundle:

Word is that The Last Laugh Bundle will be released on November 17th in stores and online for $29.99 USD.

While Epic Games has not yet confirmed that C4s are making a return, this does present an interesting question for Fortnite, on its current path of development. The game is increasingly leaning on big licensing DLC events like the current run of Marvel and DC skins we’re seeing in 2020. However, those big character skins inevitably call for some big changes to Fortnite‘s gaming dynamics. Case in point: what kind of character skin would Joker be if he didn’t have the ability to blow stuff up, big time? Do you want a more balanced Fortnite? Or do you want that Joker experience?

We’ll find out when Fortnite: The Last Laugh Bundle drops.

Powered by a shrouded past, a twisted future, and a whole lot of luck. Get the X-Force Outfit Bundle in the Item Shop now! https://t.co/0vFsstOBus