Houseparty Will Be Bringing Video Chat To Fortnite

Epic Games has teamed up with Houseparty as the two will bring video chat to Fortnite for the first time since the game’s launch. According to the devs, Houseparty video chat will be available to players on PC, PlayStation 5, and PlayStation 4. No word yet on whether or not that will be made available to Xbox and Switch owners down the road. You’ll also need an iOS or Android mobile device with the Houseparty app installed to make this happen. Once the app is installed you’ll link the account to your Fortnite account and you’re set. As a bit of a bonus for doing so, you’ll be given a Rainbow Fog Wrap free of charge to have some fun with and also show off that you’re using the app to anyone who may be curious. For those unable to do so, from November 20th-26th, if you play five matches of the game with a group of friends, you’ll also receive the wrap by December 4th. 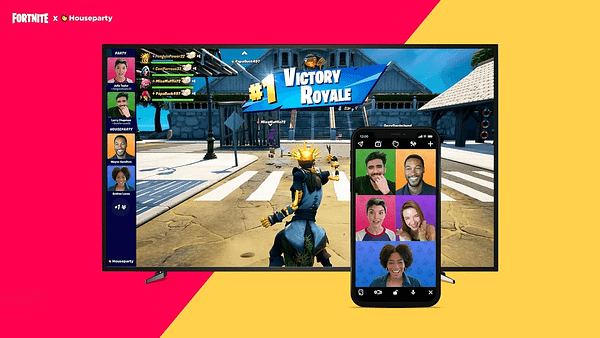 What better way to show you’re angry when you lose than through a video app! Courtesy of Epic Games.

In terms of what this really adds to the game is kind of in the eye of the beholder. Because, realistically, people have been doing this through Discord for years. Primarily streamers with the gear to do so on PC, but none the less, it’s been possible for a while. The reality is that Houseparty adds convenience. We’ll see if this adds anything to the experience for average players moving forward, but right now it feels like something that probably should have been a thing over a year ago. You can read more about the options available to you through the app and more FAQ’s that may help answer any lingering questions at this link.

READ  Fortnite leak reveals Mandalorian skin, but can we expect a crossover?