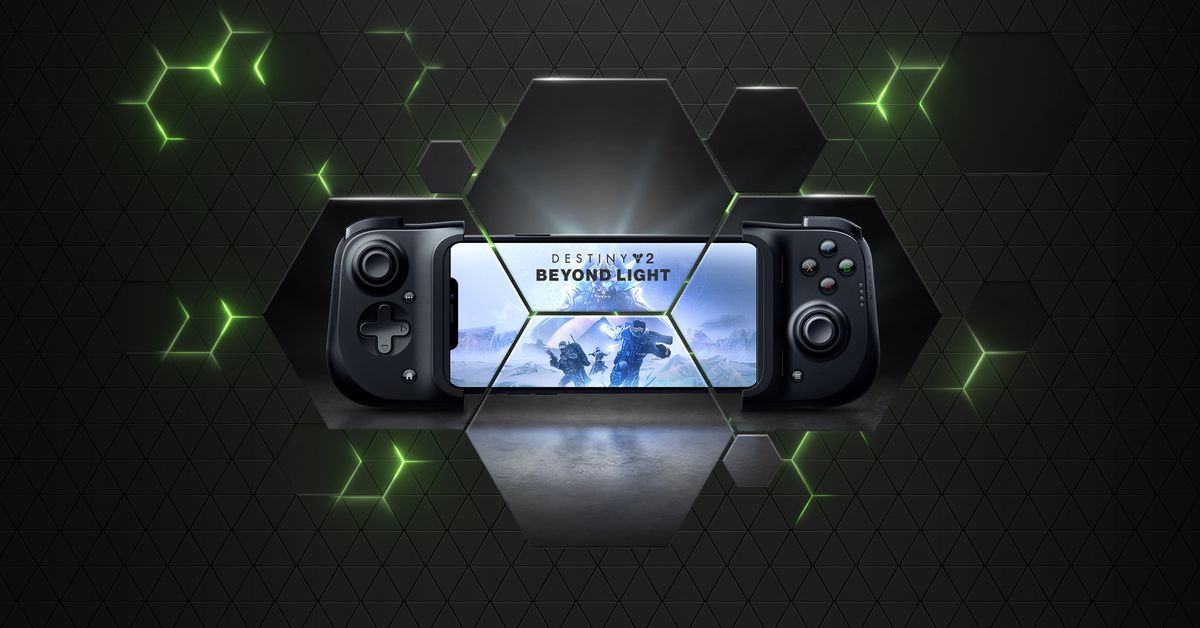 Nvidia is joining its fellow cloud gaming providers in choosing to bypass Apple’s App Store and launching a mobile web app version of its GeForce Now service. Nvidia’s version is available today in beta form, meaning any of the service’s more than 5 million registered users can fire up GeForce Now in mobile Safari on an iPhone or iPad and get playing.

Nvidia says it also plans to broaden support for its desktop Chrome-based version of GeForce Now, which currently only works on Chromebooks, to more platforms starting in the first quarter of next year, including Android, Linux, and Mac. GeForce Now is currently primarily distributed via Mac and PC apps, as well as through dedicated apps on Android and its Nvidia Shield streaming box.

One of the more obvious upsides here is that Epic Games’ Fortnite can once again be played on Apple devices, albeit through a somewhat cumbersome workaround. Fortnite’s PC version is available through GeForce Now, thanks to Nvidia and Epic’s partnership around cloud gaming that allows Epic Game Store titles to be streamed through Nvidia’s platform.

So any mobile Fortnite players who have been unable to access the game can simply claim the game on Epic’s PC storefront and sign in with their account. And any players who already play Fortnite across mobile, console, and PC have likely already linked their account and should have no trouble booting up the game within GeForce Now. News of Fortnite’s return to iOS via GeForce Now was first reported earlier this month by the BBC, ahead of Nvidia’s official announcement.

Still, it’s not an ideal workaround, and the hurdles players have to jump through to play a game that just a few months ago ran natively on iOS devices is indicative of the larger fissures forming between Apple and the video game industry. Apple in August became the center of two separate but related controversies. The first kicked off when it banned Fortnite from the App Store (Google did the same by removing Fortnite from its Play Store) over the inclusion of Epic’s own in-app payment methods designed to bypass Apple’s standard 30 percent cut. Epic then sued both Apple and Google for anti-competitive practices.

Shortly after that, Apple clarified its position on cloud gaming services, explaining that the clients operated by Google, Microsoft, Nvidia, and others were not allowed on iOS because of App Store policies barring platforms that stream games. Apple softened its stance slightly by creating an exemption that would allow a cloud gaming service so long as the games it streamed were submitted individually for App Store review and subject to the same policies and 30 percent commission that other apps are.

Apple also suggested cloud gaming providers use the mobile web instead if they thought the terms were unfavorable. Microsoft snubbed the olive branch as a “bad experience for consumers,” while Facebook began publicly criticizing Apple for the restrictions it imposed on its own cloud gaming service. Neither Google nor Nvidia publicly spoke out about Apple’s position on cloud gaming.

Now, both Microsoft and Nvidia have since taken Apple’s advice and decided to go the mobile web route instead of attempt to work within the confines of the App Store. Microsoft plans to launch an iOS version of xCloud sometime next year, yet Nvidia is beating it to the punch by launching a WebRTC-based version of GeForce Now on mobile Safari today in beta. Google has yet to announce any plans for Stadia on iOS.

Nvidia says there will be some notable restrictions involved. You will be able to use controllers such as the Xbox One gamepad and Sony’s DualShock 4 as well as supported mobile-first controllers like the Razer Kishi. In fact, Nvidia says a majority of GeForce Now’s more than 750 games that work well with gamepads and will run just as well on mobile.

But Nvidia hasn’t tested the new PlayStation 5 console’s DualSense controller and cannot confidently say it will work. Touch controls will also work, though they will not be natively supported in certain games because the machines on which the platform runs stream the PC version of a game and not a made-for-mobile app. Mice and keyboards will not work at all, Nvidia says, due to issues specifically with mouse support using the mobile web client as it’s currently designed.

Nvidia is also announcing some nice new additions to the platform, including InnerSloth’s huge multiplayer hit Among Us and support for GOG.com’s PC storefront in time for parent company CD Projekt’s Cyberpunk 2077 launch on December 10th. And Nvidia says it’s also increased the number of facilities around the globe it uses to deliver GeForce Now to 22 data centers in 70 countries.