What gift do you get your friends and family members who love video games? I recommend books. They’re more affordable than a game, and they’re usually not well-publicized, meaning that it’s unlikely the person already has the gift you have in mind.

For older folks, my advice may seem ill-advised. A decade ago, the diminutive “video game” section of the bookstore housed a few cheap art books, cheat code collections, and strategy guides. In recent years, however, the space has improved dramatically. Not only can you find good books about video games, but you have choices. There are histories, graphic novels, behind-the-scenes journals, and encyclopedic catalogs.

To help you find a new distraction or a perfect gift, I’ve collected my 10 favorite video game books of 2020. 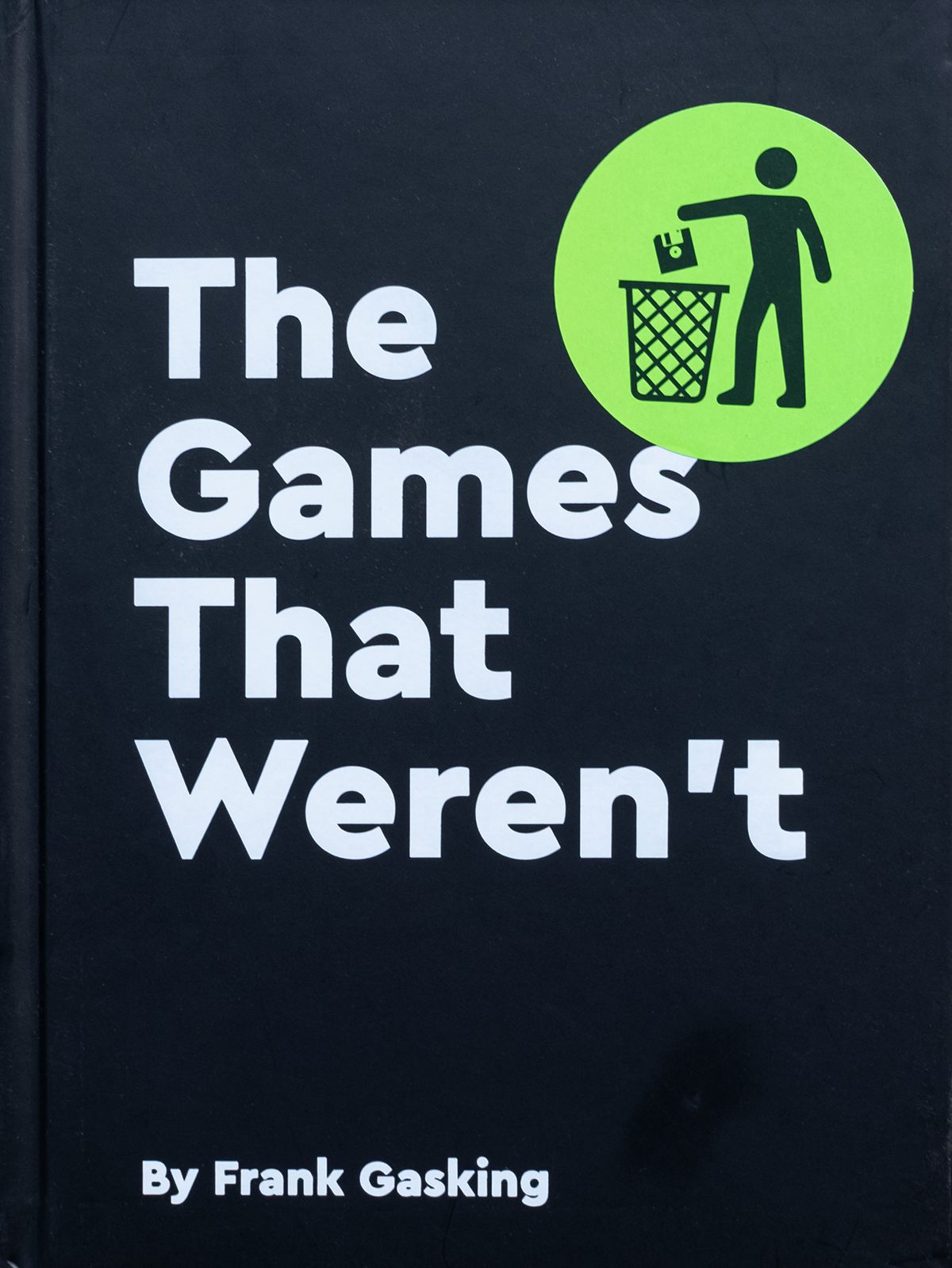 The Games That Weren’t

For an entire year of my childhood, I bugged the employees at EB Games about pre-ordering Thrill Kill, a fighting game in which, according to the pages of GamePro magazine, I could rip off the legs of my opponents, then use the appendages to beat said enemies to death. You probably have never heard of Thrill Kill because the game never made it to store shelves. I myself had forgotten about the game, until I stumbled across a page-length blurb in The Games That Weren’t, a Bible-sized collection of doomed video games.

Frank Gasking catalogs unreleased games and hardware dating back to 1975 and as recent as 2015, alongside screenshots, artwork, blueprints, and creator interviews. After flipping through the over 80 canceled projects, I’m amazed any game survives the gauntlet from mental conception into our homes. If you’d like a preview of Gasking’s work, check out the Games That Weren’t website. Publisher Bitmap Books has done an excellent job turning the site into a beautiful hardback tome.

One Up: Creativity, Competition, and the Global Business of Video Games

If another person tells me the video game industry is more important than the film and television industries because of raw revenue, my brain will crawl out of my nostrils in a desperate attempt at escape. There’s a desperation, a neediness, to so much writing about the business of games, a desire to be perceived as relevant and meaningful. Rather than provide the messy data that would support or refute or complicate such a claim, we get shallow analysis that cherry-picks a few flashy factoids and anecdotes. It’s book publishing as evangelism.

READ  Watch a spoooky live-action trailer for The Medium

Joost van Dreunen’s new book is a splash of cold water, a reality check on the games industry. It’s not pessimistic or even sober, though I will call it uncommonly level-headed. Using decades of research and expertise in the field, the author explains where and why creativity overlap in the design and selling of video games. If you want to know how the industry works, in the bluntest fashion, I recommend this book above all others.

The Infinite Playground: A Player’s Guide to Imagination

Bernard De Koven is best known for The Well-Played Game: A Player’s Philosophy. Published in 1978, the academic book has become one of the ur-texts of modern game studies. This year, De Koven posthumously published his final work, The Infinite Playground. It’s at turns scholastic and humane.

Here’s De Koven in the intro he wrote shortly before his passing in 2018:

Every toy, by its very toyness, is a door to yet another playground. We grown-ups call these playgrounds “hobbies.” We professional grown-ups call them work. We whittle. We carve. We sculpt. And each opens its own world that exists for us only as long as we keep whittling and carving, blowing and rolling, working and making. As soon as we stop playing, as we must eventually do, the play becomes finite, formed, fixed, a “work.” 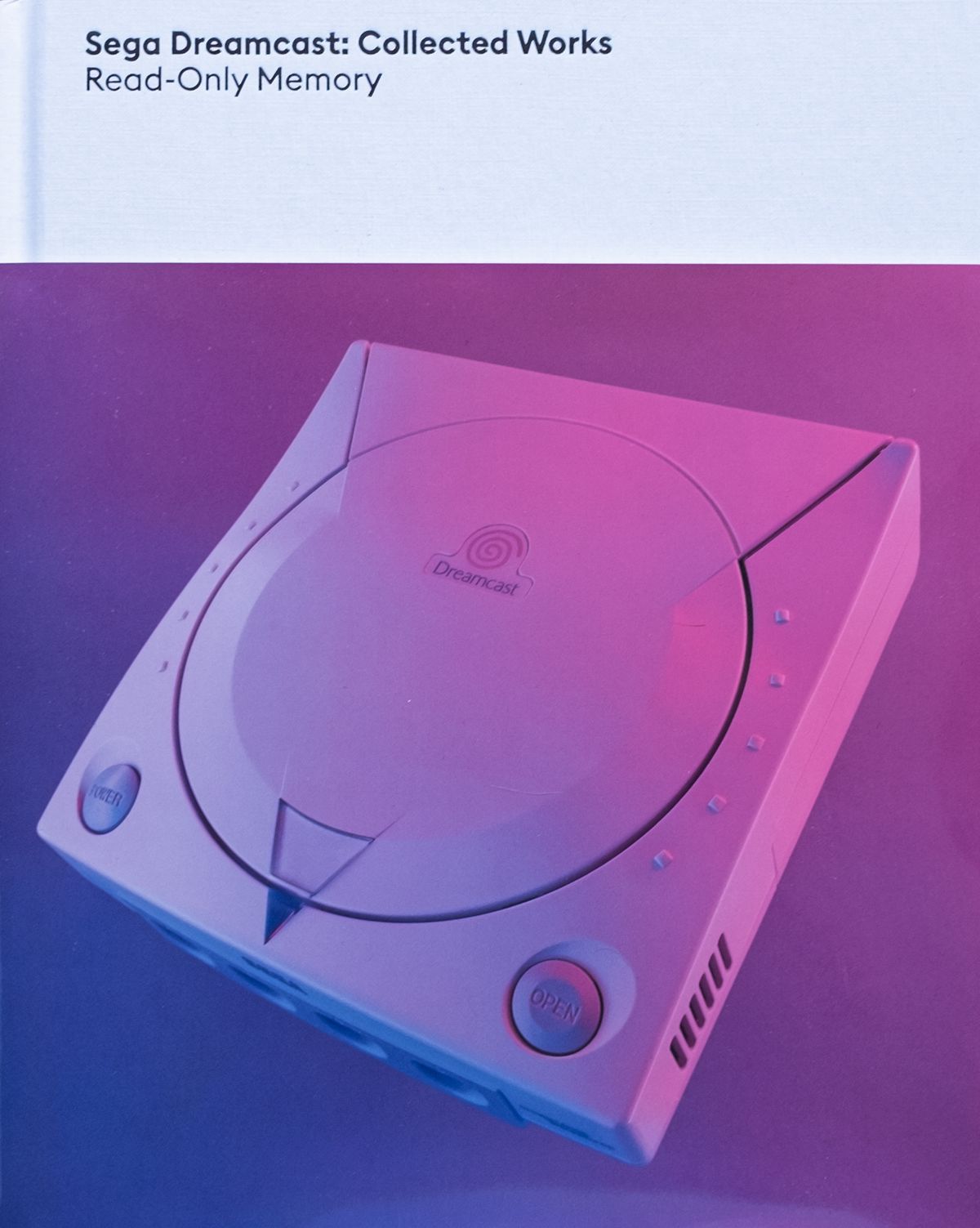 [Disclosure: Polygon has collaborated with publisher Read Only Memories on two projects: 500 Years Later: An Oral History of Final Fantasy VII and the upcoming Like a Hurricane: An Unofficial Oral History of Street Fighter 2.]

We’ve partnered with Read Only Memory on two projects because the company makes striking books that dig deep into pillars of the video game world, like oral histories of the early years of the Japanese and British game development scenes. This year, Read Only Memory released two books seemingly created just for me, an obsessive Sega fan.

For folks who love game history, I recommend Sega Dreamcast: Collected Works, which ties together prototype images, rarely seen game art, development materials, and a smorgasbord of interviews with Sega design icons. Simon Parkin — whose own nonfiction book appears later on this list — handles the dual responsibility of interview and historical guide. If you have a soft spot for early Sega, it’s the perfect time machine.

Sega Arcade: Pop-Up History is the other Read Only Memory 2020 project I recommend, albeit with a caveat. Do most people need a £35 ($46.36) pop-up book recreating beloved arcade machines from the 1980s and 1990s, some of which never even took root in the United States? No. Of course not.

Do I look at this book frequently, because it’s ecstatic joy for a Sega goofus? Yes. Have you met me? Buy the book for the three-dimensional paper art. Stay for the loving descriptions by author and games correspondent Keith Stuart.

A Game of Birds and Wolves: The Ingenious Young Women Whose Secret Board Game Helped Win World War II

Written by Simon Parkin
Published by Little, Brown and Company

Part war story, part game history, part thriller, A Game of Birds and Wolves spotlights the overlooked efforts of Captain Gilbert Roberts and the 10 women of Wrens, the Women’s Royal Naval Service. Together, they devised a brilliant board game (played on a floor much larger than your biggest copy of Monopoly) that would help the British Navy counter German U-boats in World War II.

Parkin’s nonfiction book moves with the clip and elegance of great prose. This is a page-turner, the perfect book for your closest history buff, whether they obsess over games or couldn’t tell you the difference between Minecraft and Fortnite.

The Queer Games Avant-Garde: How LGBTQ Game Makers Are Reimagining the Medium of Video Games

Twenty interviews. Twenty-two queer game developers. A plethora of ideas about the purpose, practice, potential, and power of video games. This is a special book.

Author Bonnie Ruberg speaks with some of the smartest creators in the field, including Nina Freeman, Robert Yang, Naomi Clark, and Aevee Bee. Topics range from “Leaving space for messiness, complexity, and chance” to “The power of community organizing.”

The world of video games is so much bigger and more spectacular than the AAA marketing cycle would have you believe. Ruberg’s conversations are a reminder of the breath of the medium, and also the steps we must take collectively for a healthier, safer, and more vibrant future. 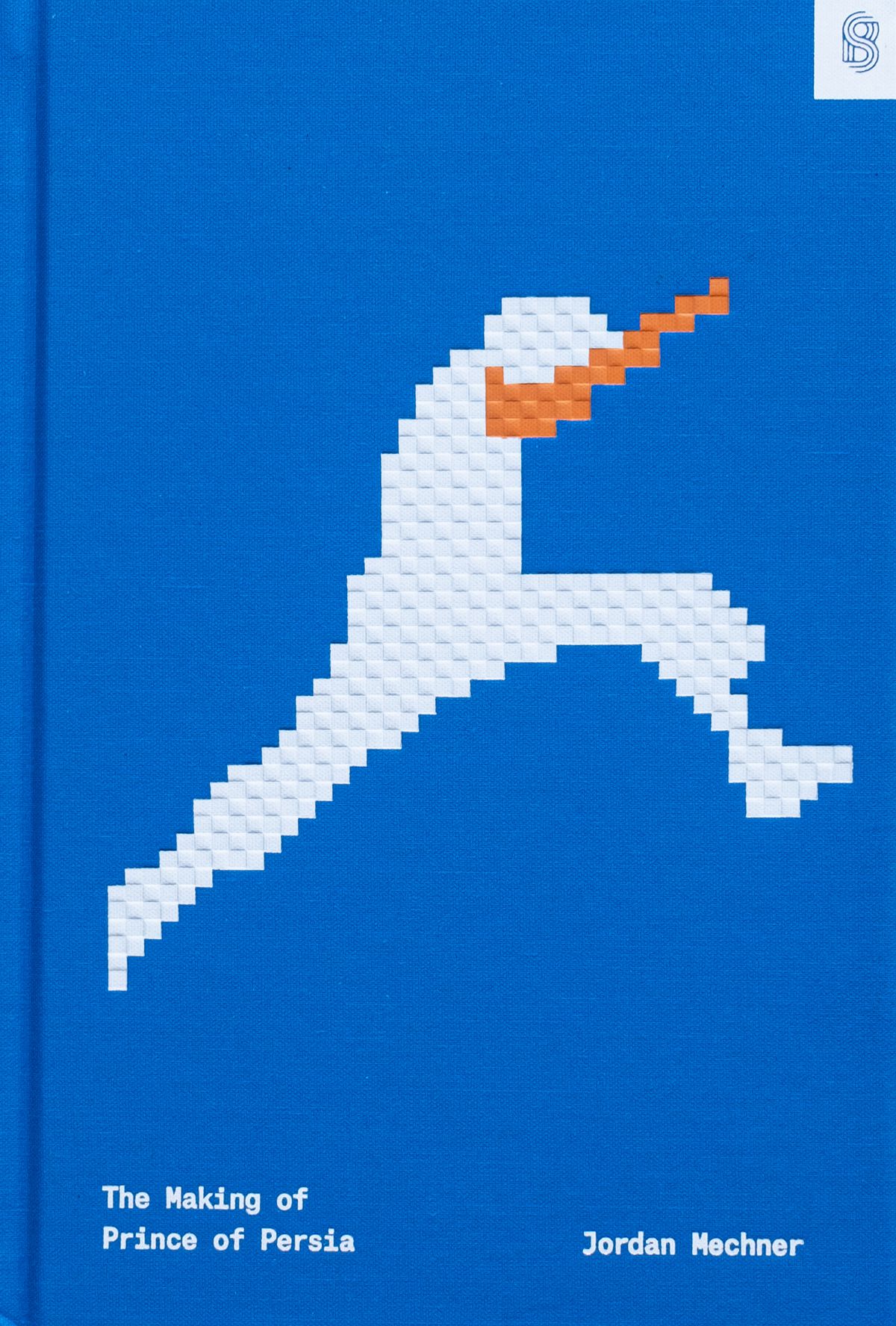 Please ignore the book title, which suggests a generic cash grab of a book with a couple of hundred pages of screenshots, concept art, and marketing team-approved quotes. A more appropriate name would be “The Diary of an Unknown Developer Making a Masterpiece.”

Over 30 years ago, Jordan Mechner created the original Prince of Persia almost entirely on his own, and he documented the process in detailed, personal journal entries. You can now read that journal in this illustrated hardcover edition, which features present-day annotations by Mechner and archival images and art that provide context without veering into hagiography.

The Art of Cuphead

The most traditional “video game book” on this list, The Art of Cuphead contains gobs of conceptual art and design from the development of the beloved action-platformer inspired by 1930s animation. Studio MDHR threads the visuals with a first-person recollection of the game’s creation, explaining the decision-making behind the many itty-bitty details.

This is a coffee table book in the truest sense. Guests (whenever we can have guests in our homes again) will flip through the pages, even if they have no interest in games. And for folks who found Cuphead the game challenging, then Cuphead the book is a more welcoming option.

I began this list with a repulsive video game that never saw the light of day. I’ll end it with the story of a repulsive game that not only got released, but inspired an entire franchise and a feature film by notorious director and provocateur Uwe Boll.

Brock Wilbur and Nathan Rabin make for a charming pair of travel buddies on a journey through the deeply unsavory world of Postal. The series began in 1997 as a top-down shooter, following a mentally tormented man who goes on a mass shooting spree. The tone fluctuates between “anarchistic nightmare” and “aspiring social satire” and “imprisonment in an abandoned fun house.” Wilbur and Rabin unpack the franchise’s history with humor and grace, without glamorizing or apologizing for its nastiness.

The Games That Weren’t, Sega Arcade: Pop-Up History, and Sega Dreamcast: Collected Works were reviewed using final copies provided by their publishers. Vox Media has affiliate partnerships. These do not influence editorial content, though Vox Media may earn commissions for products purchased via affiliate links. You can find additional information about Polygon’s ethics policy here.