Marvel Heroes Get Their Own Mech Suits With LEGO 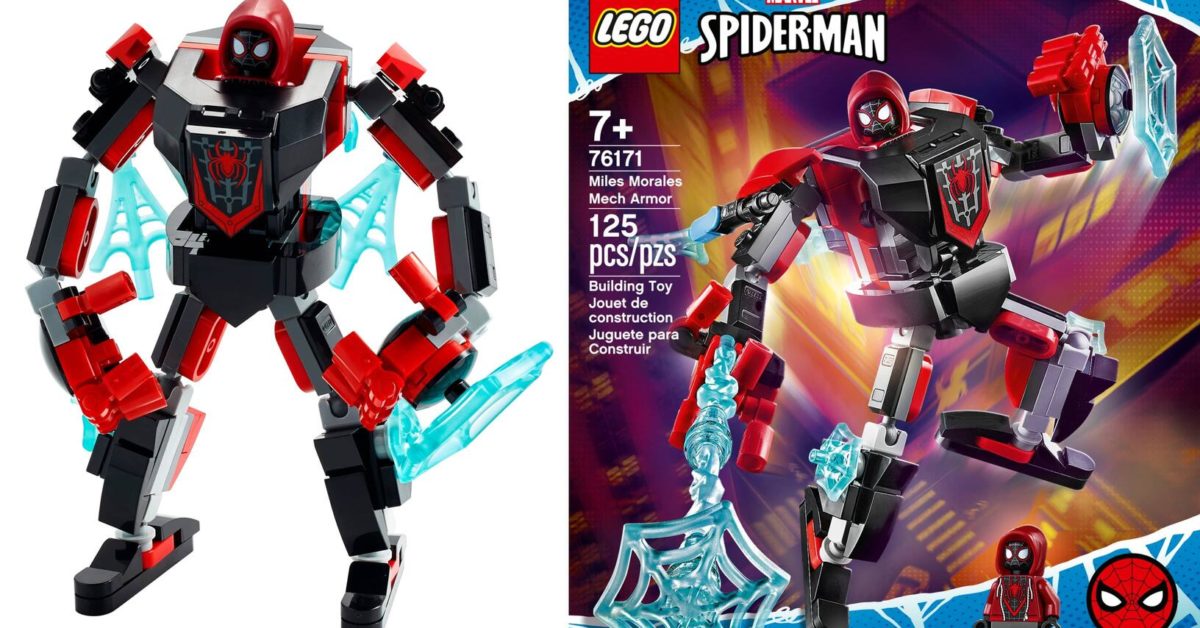 Some of your favorite Marvel superheroes are getting tech upgrades with some upcoming sets from LEGO. Things get large as Thor, Captain America, and Spider-Man (Miles Morales) get their very own mech suits. These Mech Armor suits are not new, and we have seen Thanos, Spider-Man (Peter Parker), and Iron Man already get the mech treatment. Each suit features articulation and a bigger and bolder design of the Marvel hero’s iconic look. Each Mech Armor will come with a Marvel miniature along with corresponding accessories.

These fun LEGO Marvel sets to enhance the mythos of Thor, Captain America, and Mile Morales. Miles’s mini-figure is pretty great, too as it seems to mimic his Into the Spider-Verse design with the hooded street clothes look. Each of these Marvel Mech Armor LEGO Sets will be priced at $9.99 and are set to release in January 2021. Pre-orders are not live just yet, but collectors can find these and past sets located here.

“Help Captain America use his superhuman speed and stamina to battle bad guys. When the super-soldier needs extra size and strength, put him into the cockpit of his mighty mech. Position the mech’s movable arms and legs, with the super-sized shield gripped tight in its powerful hands. Need both hands free for combat? Then attach the indestructible shield to the mech’s back until it’s needed.”

“Join forces with Thor, as he uses his tremendous strength and speed to take on enemies from across the universe. Then put him in the cockpit of his giant mech and supersize the mighty warrior! Move the mech’s powerful arms and legs and swing its massive hammer as you recreate favorite movie scenes and have epic battles with other mechs in your collection.”

“Team up with Miles Morales – the Spider-Man with the electric-shock webs – to battle super villains and save the world! And when the young hero needs more size and power, place him in the cockpit of his mighty mega-mech. Move the mech into position and shoot a super-sized electro-web as you relive favorite movie scenes and battle other mechs in your collection.”

Godfall Review: Endgame Can&#039;t Be Everything