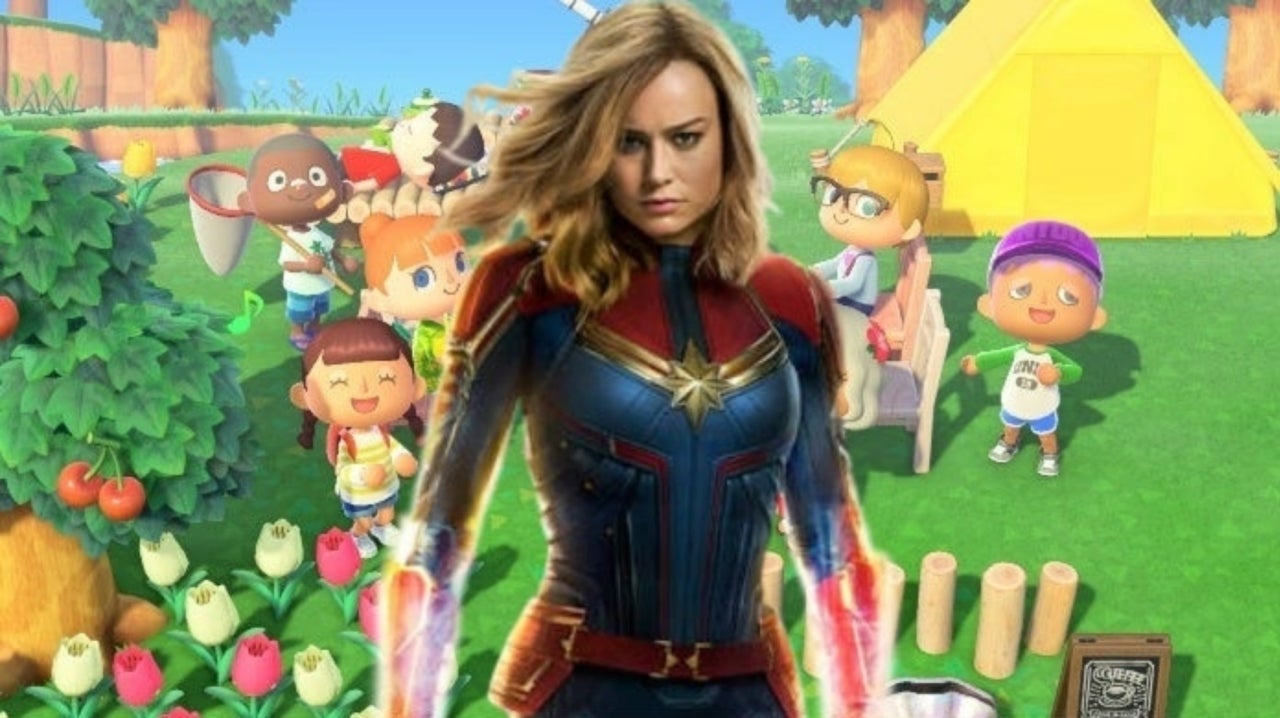 Captain Marvel star Brie Larson is the star of a new Nintendo Switch video. She’s playing Fortnite, Animal Crossing: New Horizons, and Ring Fit Adventure in the new spot. Trying to juggle life at home like millions all across the world this year. It’s a known fact that the Marvel actress loves Animal Crossing, but it totally reads that she’d be big on other Nintendo franchises too. Back when New Horizons debuted, she and a whole host of gamers rejoiced over having a new title at a time everyone was stuck inside. In the video, it seems like the same activities are taking place now too. Larson is handling all that time with aplomb. She’s meeting friends over Zoom to compare islands, and discussing scripts while trying to win rounds of Fortnite. It will be interesting to see which players take the plunge into Animal Crossing here in the coming weeks as the holidays approach.

Earlier this year the Captain Marvel star went on Gary Whitta’s Animal Talking show. His producer Adam Nickerson asked Larson about playing Samus in a movie at some point.

“I would love that so much. So, I was Samus for Halloween two years ago… It was literally a $20 costume I bought off of Amazon, it was like nothing. I was so excited about it, and so I posted a picture of it on Instagram of me and the costume and it turned into this thing of people being like “woah!” She was always my character that I played in Super Smash Bros. and I just loved her,” Larson told the host and his producer. “So that whole thing started and I’ve definitely not put a squash to that story and I definitely want to make that movie, I definitely want to participate in that. So, Nintendo, once again, I would love to do it!”

In fact, that conversation brought up Kong: Skull Island director John Vogt-Roberts’ ideas for the property back in 2018. Fans were pumped to see that idea blossom on the big screen.

“I have a pitch for a Metroid movie. They’ll never let me. It’s too crazy. It legitimately would be her (Samus) alone. It would be a little bit of her talking to herself,” he explained. “As soon as they introduce other talking characters in those games, to me it loses everything. You put her alone and it’s almost got more to do with the silence of a movie like Drive. Like the quietness. and having it be like a real, intense mood piece, but mixed with sci-fi.”

Will you be picking up a Switch for the holidays? Let us know down in the comments!

Gear up with @NickEh30&#039;s handpicked Locker Bundle and carve through the competition. Available in the Item Shop now! https://t.co/oFTs2buRdm