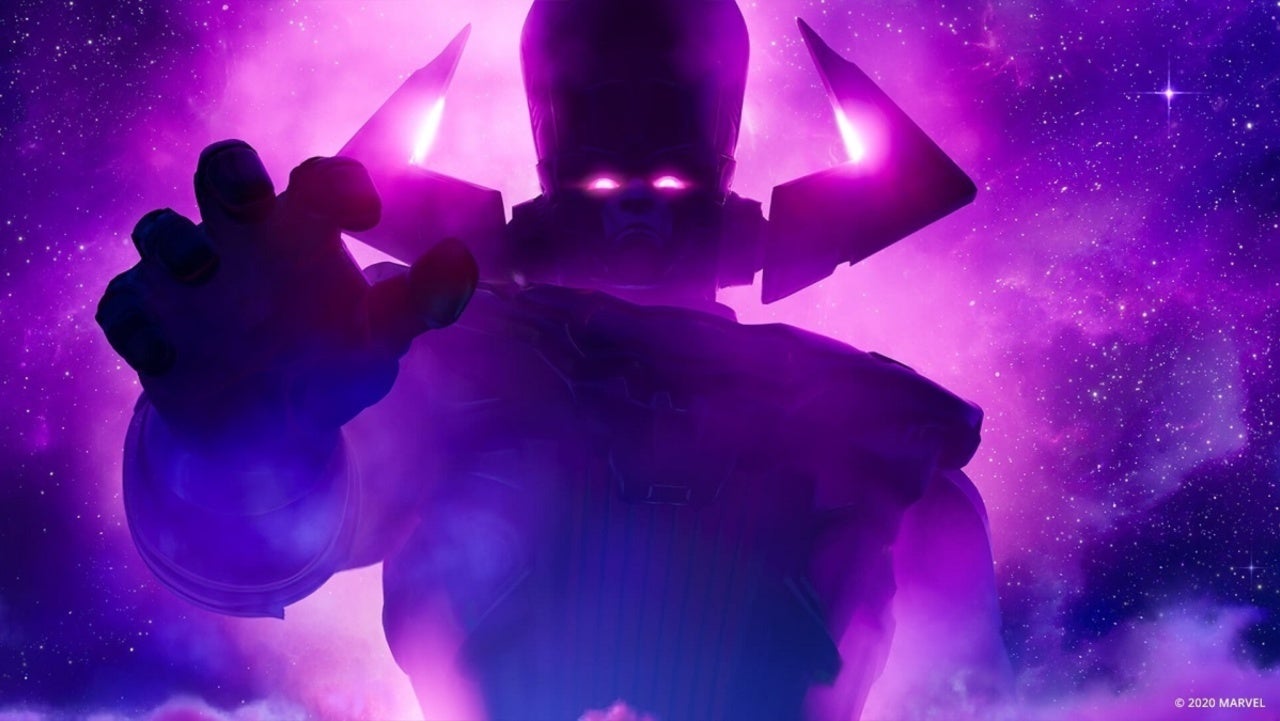 After many teases of what’s to come, Epic Games has set a time and date for Fortnite’s big Galactus event. The world-devouring Marvel entity will come to Fortnite’s battle royale island on December 1st at 4 p.m. ET, the developers announced this week. We’ve heard in the past that this event might be one of the biggest ones yet, but unlike some of those that came before it, this one is a one-time event which means you won’t want to miss it when it happens live.

Though Fortnite’s been building up to this event throughout the entirety of the Marvel-themed season, Epic Games officially set the stage for the arrival of Galactus by sharing new details this week. The developer confirmed that this would be a one-time-only event and will be the final for the Nexus War season.

The Battle Bus is loaded and ready to go.

This is our final stand to save all Reality.

“It was only a matter of time. Galactus is closing in on the Island and the fate of all Reality lies in the balance,” Epic Games said. “Join the ultimate fight against Galactus in the one-time only Nexus War finale event on Tuesday, December 1 at 4 PM ET.”

While Fortnite players are most always just observers when it comes to these sorts of events, the phrasing “ultimate fight against Galactus” suggests that players may be able to have a more active role in the event this time. Whether that’s the case or not, we at least know when Galactus will arrive and how players should prepare for it.

Epic Games advised players to sign in to Fortnite at least an hour before the event takes place. An event playlist will go live for this moment 30 minutes prior to its start just like we’ve seen during past events to make sure everything runs as smoothly as possible. The developer also reminded players that the game now supports video chat via Houseparty, so if you set that up beforehand, you’ll be able to watch the event alongside other to see everyone’s live reactions.

Besides ominous messages from the start of the season foreshadowing the arrival of Galactus, players have been able to see the tyrant closing in on the island just as they’ve been able to see other events unfolding over time in past seasons. We’ll likely see even more teasers during the remaining time leading up to the event.

Beyond this Nexus War finale, Fortnite players can still expect years of Marvel content to be in the game.