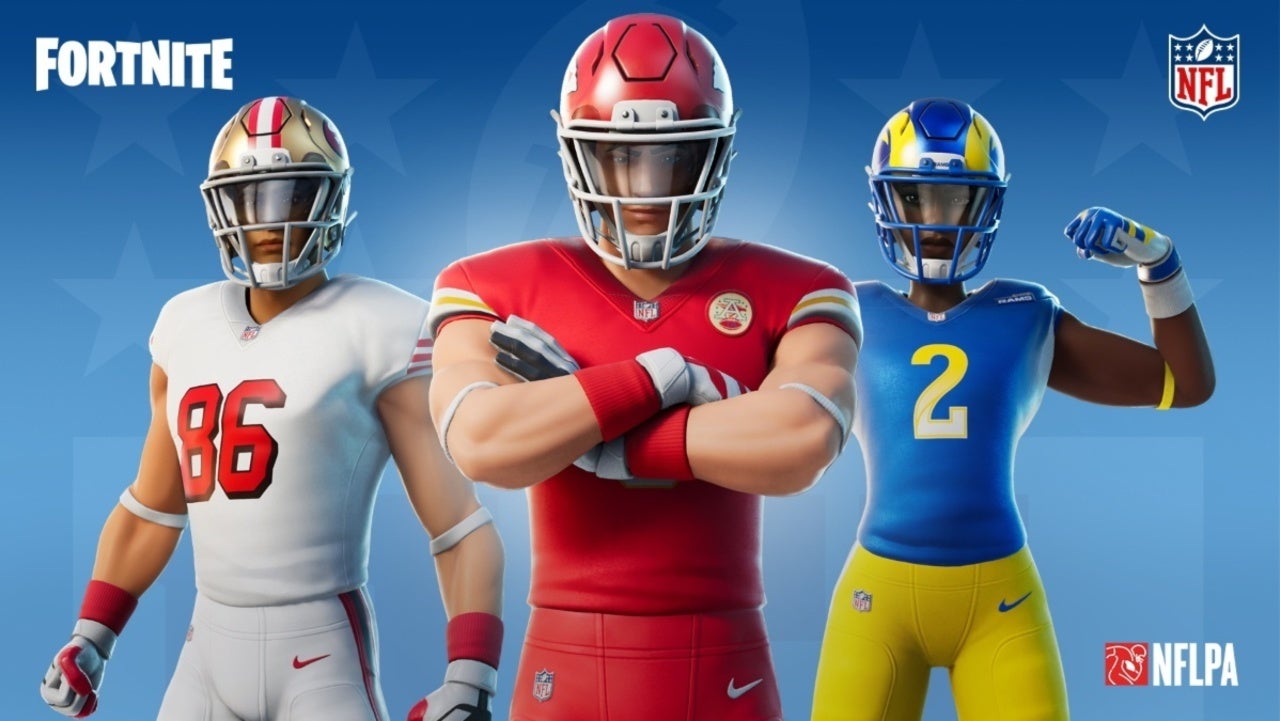 Just in time for Thanksgiving, Fortnite developer Epic Games has revealed that, thanks to a newly expanded partnership with the NFL, a bunch of new, redesigned NFL skins are coming to the popular video game beginning tomorrow, November 25th. The skins will allow players to customize their jersey numbers and even toggle visors.

“Starting November 25th in Fortnite, new Gridiron Gang Outfits will be available for purchase from Fortnite’s in-game shop,” the press release about the expanded NFL and Epic Games partnership reads in part. “These new, redesigned NFL uniforms feature a more athletic, aerodynamic look and feel. All 32 NFL teams are represented with two styles to select, along with the new Logo-a-go-go Back Bling that lets you rep any team’s logo. Additionally, these Outfits let players customize the jersey number and toggle whether they want a reflective visor on the helmet.”

In addition to the new NFL skins in Fortnite, the expanded partnership will also see NFL-themed content added to Rocket League, the game developed by Epic Games-owned developer Psyonix. It remains to be seen what exactly that might look like, but the car soccer video game adding American football bits and bobs should make for a wild crossover.

“We are thrilled to expand on our partnership with Epic to bring more NFL integration into Fortnite and Rocket League,” said Rachel Hoagland, NFL Vice President and Head of Gaming and eSports. “The response we saw from our initial integration within Fortnite coupled with the popularity of Fortnite among NFL players and fans has been incredible, and we’re excited for another opportunity to give gamers a chance to express their NFL fandom within Rocket League.”

Fortnite is currently available on most major platforms, but the iOS version, specifically, has hit a snag after Epic Games intentionally set off a chain of events that caused it to be removed from the App Store. The legal fight over that decision is ongoing, but the short version is: nobody’s playing Chapter 2 – Season 4 on an iPhone right now. Fortnite Chapter 2 – Season 4 is currently ongoing on the other platforms, however. The upcoming Galactus event is set to take place on December 1st at 4PM ET/1PM PT. You can check out all of our previous coverage of Fortnite right here.

What do you think about Fortnite‘s new NFL skins? Have you been enjoying the Marvel crossover this season? Let us know in the comments, or feel free to hit me up directly over on Twitter at @rollinbishop to talk about all things gaming!