With the shift into next-generation technology, VR gaming is about to get better than ever as these more powerful machines serve to run these headsets.

The PSVR is the premiere console-based gaming experience. Launched for the PS4, this device gave many players an entry point into the technology without requiring a powerful PC to facilitate it.

While the PSVR has appeared to be out of focus for Sony now as it launches the new PS5 console, it could soon be seeing a resurgence. This is likely because not only has the company included support for the device on the new console through the use of a camera adapter cable, it has also announced its plans to build a new PSVR headset.

Right now, players can get their hands on the technology cheaper than ever and there are a variety of different choices between bundles to suit every gamer.

Here are the best bundles featuring the PSVR. 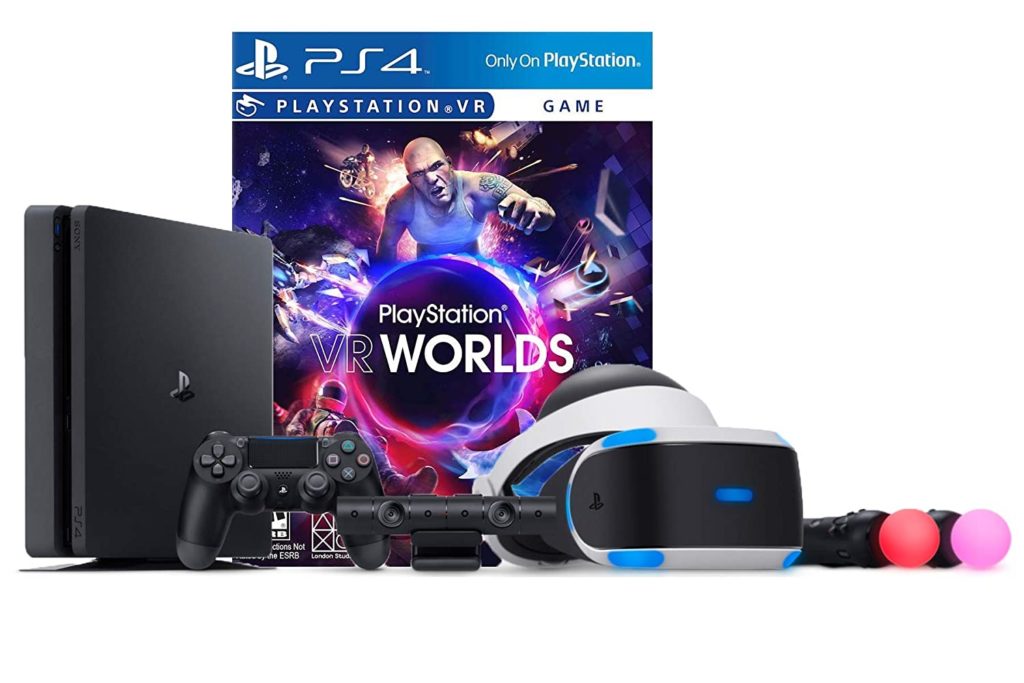 For users who don’t currently have a console yet but want to get their start in VR gaming, the PlayStation VR launch bundle is perfect. This includes a 1TB PS4 slim console, the PSVR headset, two motion controllers, and VR Worlds.

With all the equipment to drive the headset, users will have the opportunity to experience a range of titles included in the PlayStation worlds game. This game has something for everyone and showcases all aspects capable in the PSVR headset. With the addition of the PlayStation move controllers’ users will find themselves fully immersed as they control the in-game characters with the motion of their hands. 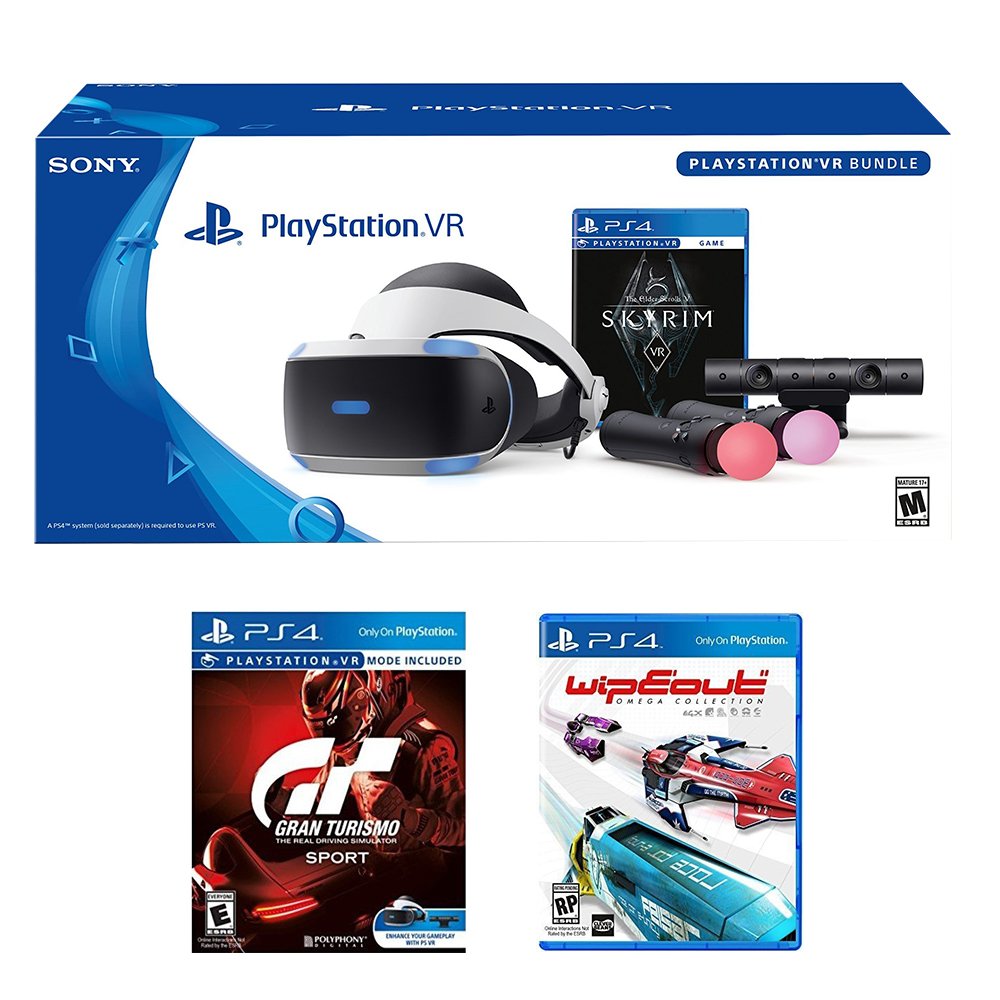 One of the most immersive experiences users can have in VR is while playing racing games. The feeling of being inside a vehicle while having the ability to turn your head in any direction is as good as VR gets. While some people may experience motion sickness, those who can handle it will find this bundle a great choice.

Included in this bundle are the PSVR headset, two motion controllers, and three games. The first two games are both racing games, Grand Turismo, and Wipeout Omega Collection. Each offers a different style of racing; GT is a more traditional racing experience, while Wipeout supplies a more fantasy racing style.

Neither of these games utilizes the move controller. But they have been included because the third game excels when paired with motion technology. The third game included is Skyrim. This action-adventure title includes the full game all to be played in VR. Players will have the ability to navigate a fantasy world casting spells and wielding swords all in the palm of their hands. 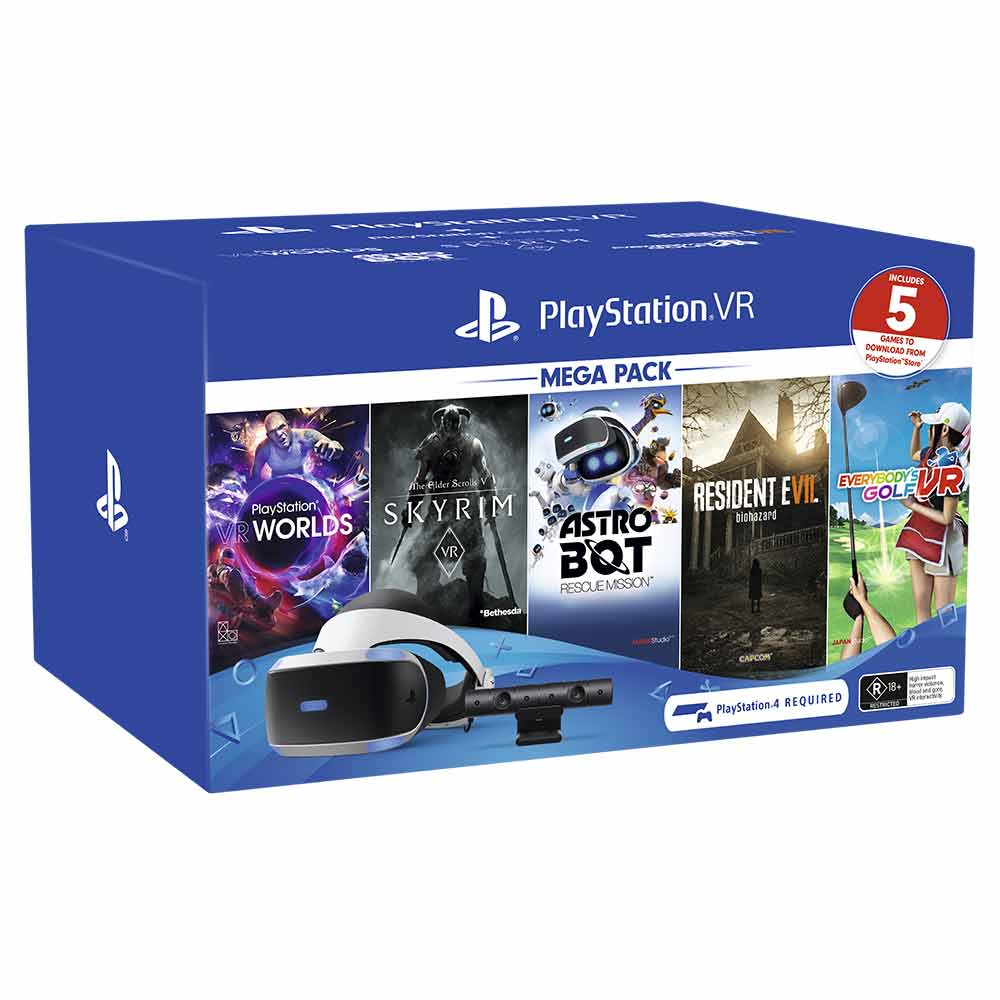 For a more serious gamer who expects to spend hours in the new VR technology, the best choice is the five-game bundle. As the name suggests users will have plenty of content spanned over five titles offered completely unique playstyles.

PlayStation Worlds offers many smaller experiences within the one game that can showcase the technology perfectly. Skyrim is a fantasy adventure game that is sure to be a favorite to players who enjoy spending hours in VR.

Astro Bot Rescue Mission is a puzzle game that is perfect for younger children or just as something chill to play in the VR. Resident Evil 7 is a full survival horror experience including hours of gameplay as users try to survive and discover the mysteries that surround the location. Finally, for sports fans, there is Everbody’s Golf VR. This game is just a fun experience and looks fantastic in the VR surroundings. 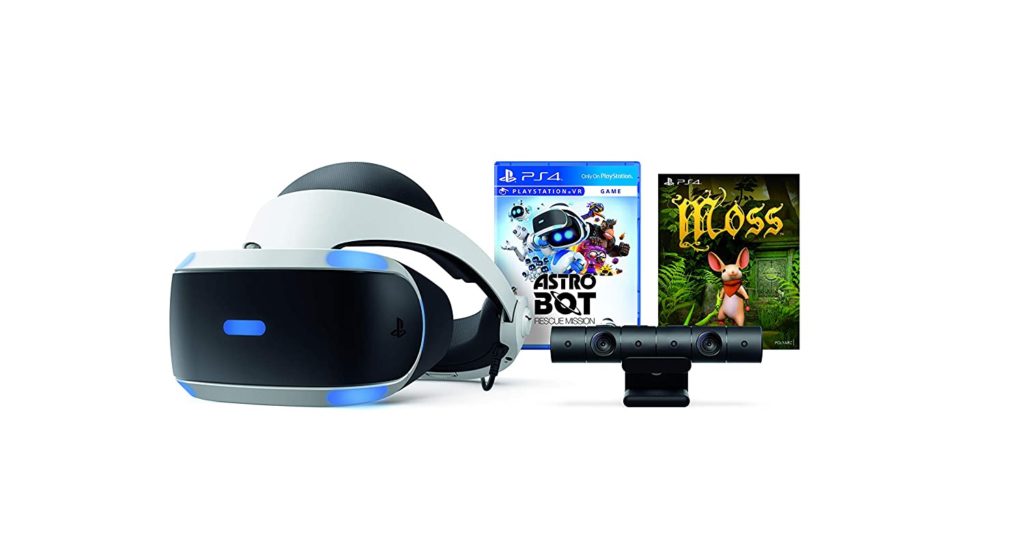 The perfect choice for younger gamers, this bundle includes fun puzzle-platforming games that do not require the use of motion controllers.

Included in this bundle are the PSVR headset, Astro Bot Rescue Mission, and Moss. Both these games are perfect entry points into VR for multiple reasons. They’re simple to play and enjoyable to experience. More importantly, the top-down nature of these games allows players to enjoy the VR without feeling motion sickness. Often intense games that put the player at the driver’s seat of their character can cause them to feel ill and need to take a long break from the console.

Don’t let the cartoonish appearance fool you. These games can both be challenging to even older players. If you are after a more casual experience this bundle is likely your best choice.

One of the cheaper options on this list, this bundle showcases completely unique games while including the headset and motion controllers.

Blood and Truth is an action shooter game where players will be tasked with following an in-depth story shooting down enemies in their path. The use of the move controllers as weapons is extremely fluent and makes for a much more immersive experience than with a controller.

READ  Fortnite Steel Farm Location: Where to drive a car through the Corn Field at Steel Farm

The best to play Everybody’s Golf VR is with the motion controllers. These imitate gold clubs and help to not only add more realism but also to improve your skill in-game. 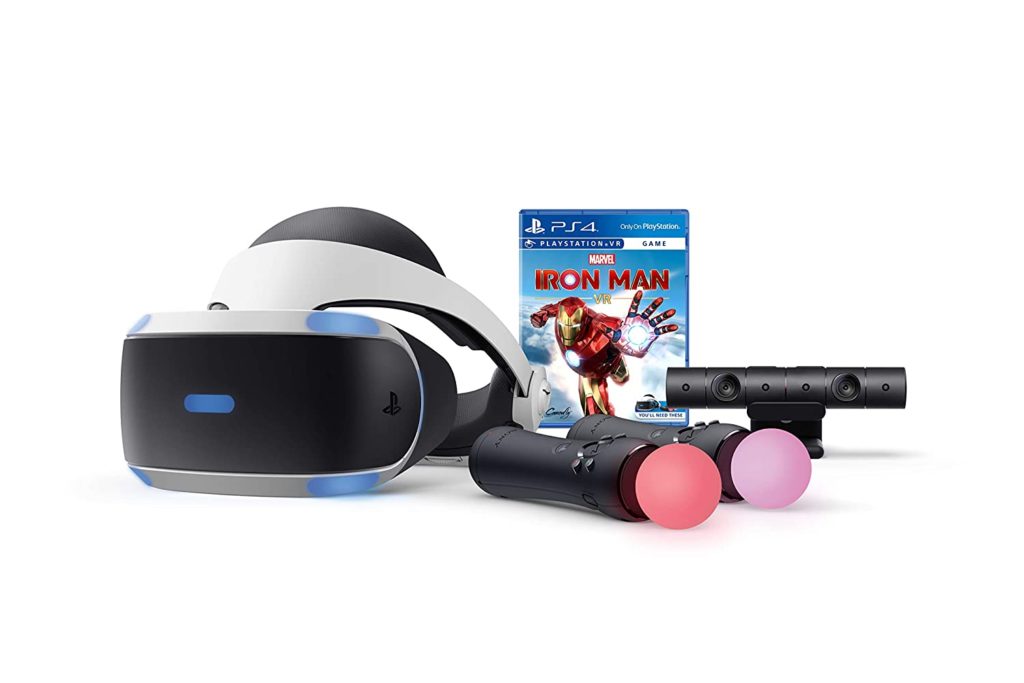 Bundled with the headset and motion controllers, Iron Man will have players zooming through the sky as they complete tasks and save the world as one of Marvel’s most popular heroes. This game is great to showcase the hardware and is going to be familiar to fans of the comics or movies.

With such a wide range of titles available on the PlayStation store, there is something for everyone when it comes to VR gaming.

If you choose to purchase a PSVR console and are planning to upgrade to a PS5, you can ask Sony to send you an adapter to connect the device for free on their support website.

They never fumble 🏈 Get ready for Game Day with the new @NFL Gridiron Gang Outfits in the Item Shop now! https://t.co/HSWfqT0vi7 https://t.co/pLIGRC33WY