With only a little month to go until BBC America’s live-action adaptation of Sir Terry Pratchett‘s (Good Omens) epic comedy-fantasy book series “Discworld” shatters its way onto television screens, viewers are being given an opportunity to get to know Adam Hugill‘s Constable Carrot and Marama Corlett‘s Corporal Angua from The Watch. Written by Simon Allen (Strike Back, The Musketeers), Joy Wilkinson (Doctor Who), Catherine Tregenna (Torchwood), Amrou Al-Kadhi (Little America), and Ed Hime, the “punk rock” thriller focuses on Richard Dormer‘s (Game of Thrones) Sam Vimes and City Watch as they fight to save their city from outside forces – and itself. 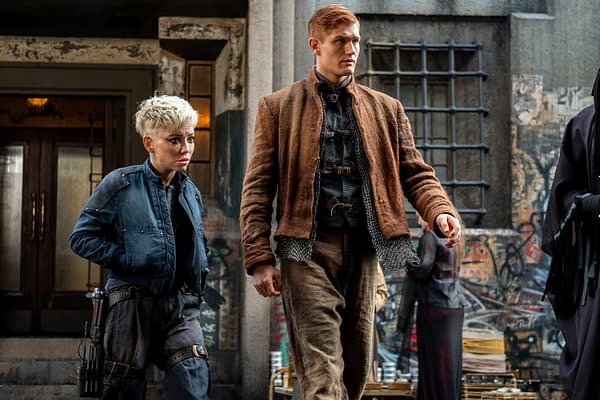 Raised as a dwarf but turned out to be an orphaned human child. Hugill’s Constable Carrot joins the group after pursuing a career in law enforcement. Corlett’s mysterious Corporal Angua is charged with training Carrot- and keeping him alive. That might end up being more difficult than Angua thought- but not everything in this series is exactly as it seems. Here’s a look at The Watch, set to premiere on BBC America on Sunday, January 3, at 8 pm ET: 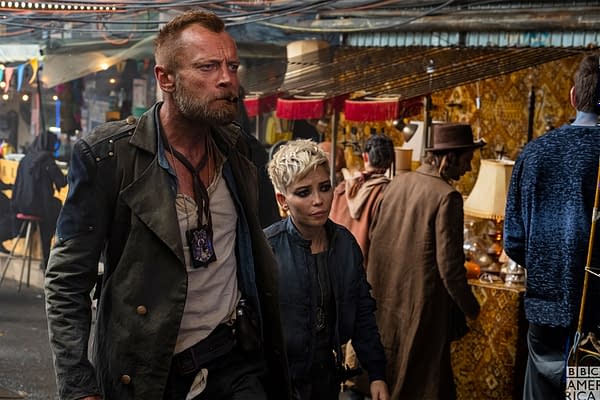 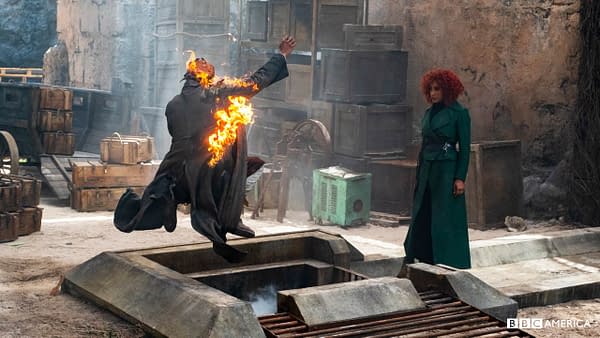 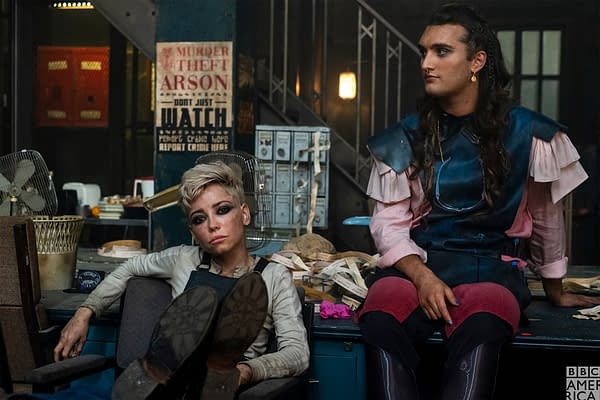