How to Watch Fortnite&#039;s Galactus Event 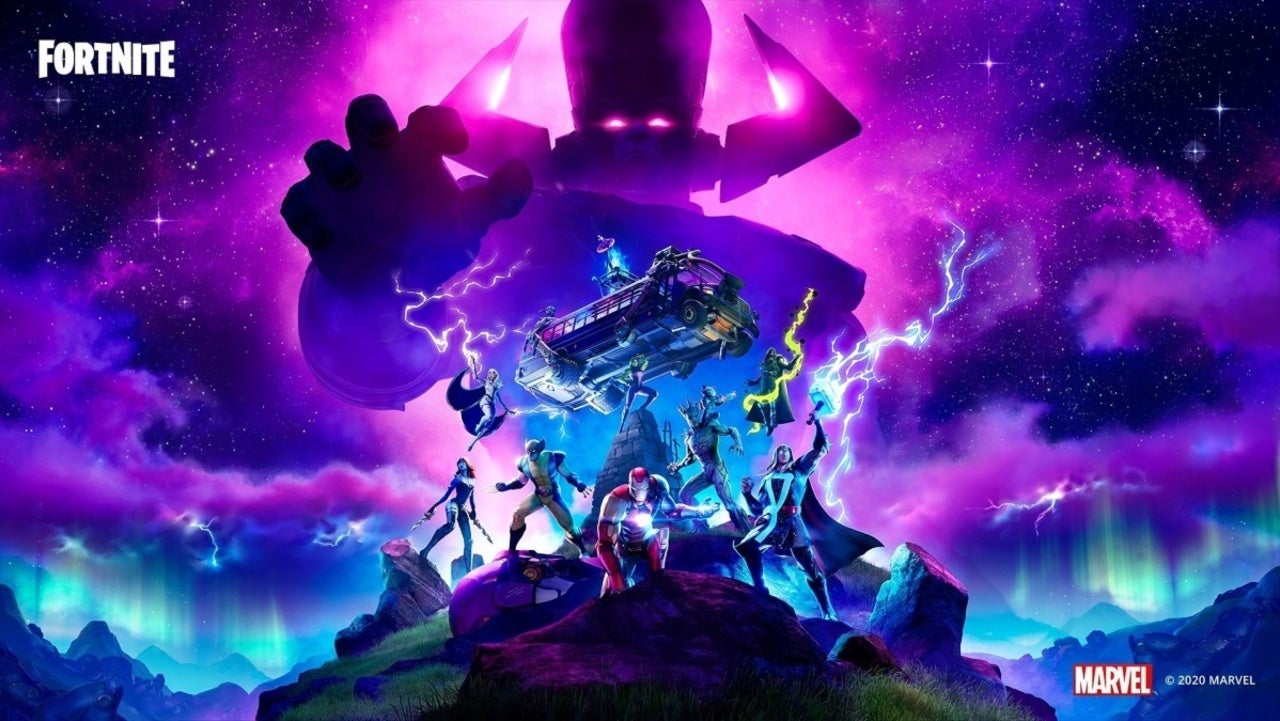 Fortnite’s next big seasonal event is finally almost here with Galactus set to arrive in the battle royale game on December 1st. The world-devouring titan’s arrival in Fortnite has long been teased throughout the Nexus War season and is thought to be one of the biggest events that the game’s ever seen, but considering how limited the leaks have been this time around, it’s hard to say exactly what will happen. What we do know though is when the event will start as well as where players should be and when they should be there to make sure they don’t miss whatever is going to happen.

This event is supposed to be the culmination of the season much like other events in the past have closed out seasonal storylines to usher in new one, so it’s not one to miss if you’ve been active during Nexus War. Thankfully, it’ll get its own playlist like the other events from before, so barring any big problems with servers, you won’t have to worry about having someone or something else mess up your Fortnite experience.

If you’re planning on being in attendance when Galactus comes to Fortnite, check out everything you need to know about the event below.

The event is officially supposed to start on December 1st at 4 p.m. ET. That’s just a few hours away at the time of publication, but you still should have plenty of time to make sure you’re in a good spot to see the action unfold.

Galactus is coming to Fortnite like pretty much every other major Marvel character has this season, but how that’ll play out remains to be seen. He’s hungry for worlds and has his eyes set on the one Fortnite’s map resides on, but it’s evident from the preparations being made by Marvel heroes and the promotional artwork for the event that the heroes aren’t planning to let him do that.

How they’ll deal with Galactus is also unknown considering how he’s notoriously difficult to contest with his basically immeasurable power. There have been theories that the Battle Busses will be involved in some kind of defense against Galactus, but that too remains to be seen.

Since we don’t know what’s actually going to happen, there’s really nothing you can do in-game to prepare for the event. What you can do though is make sure you’re updated to the right version of the game and get in the playlist before the event starts to make sure you don’t encounter any issues.

While it seems likely that we’d get a Galactus skin after the event considering how many other Marvel heroes and villains have gotten their own cosmetics, Epic Games has not yet announced if that’s the case. A leak from not long ago showed what definitely appears to be a Fortnite version of Galactus, but it’s unclear what the purpose of the asset is. It could be a skin, but it could very well be an in-game model for the character.

The end-of-season events typically give some sort of indication as to what will happen in the next season, so expect something similar to happen when Galactus arrives. We’ll have to wait until the end of that event to see what’s teased, but we do already know of some content that’s coming next season. It’ll be the first season featuring a Fortnite subscriptionand will also supposedly feature cosmetics from The Mandalorian, but it seems like it won’t be entirely centered around Star Wars.

READ  Ferrari in Fortnite Locations: Where to find a Ferrari 296 GTB car/vehicle