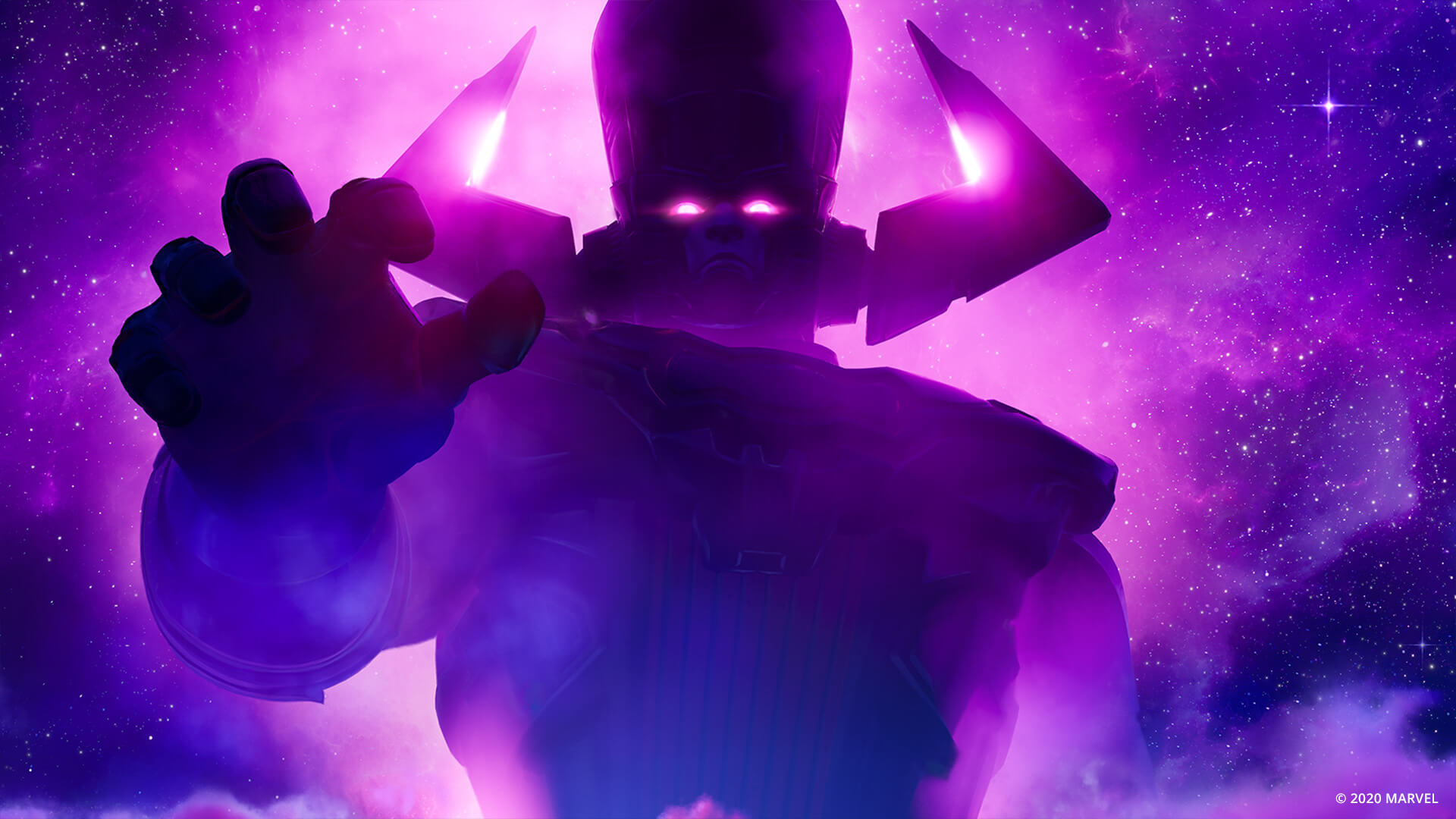 And huge numbers tuned in to watch the show on Twitch and YouTube.

In a post from the game’s Twitter account, developer Epic revealed that this was an all-time high for the blockbuster. As if that wasn’t enough, the firm says that over 3.4m people watched the in-game event on YouTube and Twitch.

The battle against Marvel big bad Galactus was confirmed in November and was the latest Fortnite crossover with Marvel that have been going on through the second chapter of the battle royale’s Season 4.

The event started out chill, with players loitering on the Avengers helicarrier, before the Marvel big bad showed up, knocking the aircraft out of the sky. To defeat Galactus, players had to take the wheel of Fortnite’s iconic battle bus and blast the huge monstrosity with explosives. Totally normal Tuesday night, y’all. You can check out the full spectacle right here.

Now that Galactus has been vanquished, the game went down before Epic teased the fifth season of Fortnite: Chapter 2. That went live at 12AM ET. A new Battle Pass trailer has shown off some of the changes to the game’s map, with Star Wars TV show The Mandalorian is headlining this season. Epic also released a story trailer for Season 5.

Fortnite is no stranger to drawing huge crowds. The Travis Scott concert held in the game in April 2010, for example, attracted 12.3m concurrent users.

Subscribe to the VG247 newsletter Get all the best bits of VG247 delivered to your inbox every Friday!
READ  Name? Classified. Date of birth? Classified. Ninja Master? Verified.Snake Eyes from @GIJoeOfficial is back in the Shop. https://t.co/TOgxbn3cv6

How to Get New Mythic Amban Sniper Rifle and Mandalorians Jetpack in Fortnite Chapter 2 Season 5!