Wonder Women of History was a feature that ran in Wonder Woman comics and Sensation Comics from 1942 to 1954. Ranging from one to five pages, each entry tells the story of real women who made a mark on history. The concept was created by US spy, Nazi-fighter, and Wonder Woman’s associate editor Alice Marble, who wrote them credited until at least issue #17 when the author stopped receiving credit. 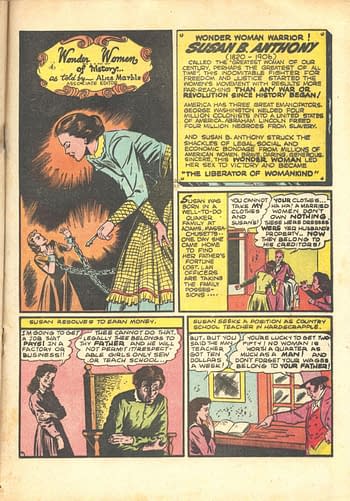 Wonder Women of History on Susan B Anthony by Alice Marble.

They are told in comic panel form from Wonder Woman’s perspective. At least 71 entries were produced under the Wonder Women of History title. The final original entry appeared in Wonder Woman #66 after which time it was replaced by features centred around beauty tips or advice on how to get married, such as “Curious Courtships” and “Marriage à la Mode”. Well, that was the fifties for you. The articles have not been reprinted since. 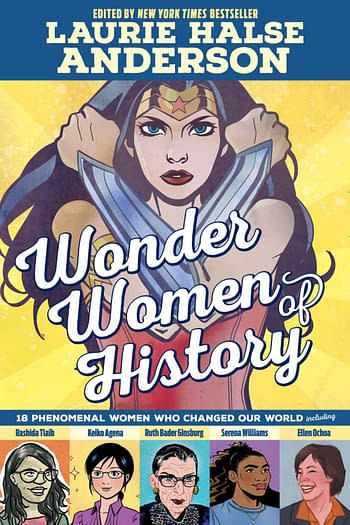 But last year, DC announced a revival of that feature as an original graphic anthology in its own right, Wonder Women Of History, showrun by author Laurie Halse Anderson to celebrate “real-world heroes who take up Wonder Woman’s iconic mantle and work in the fields of science, social justice activism, politics, and more” with the following list of women to feature, from all-female or non-binary creative teams. 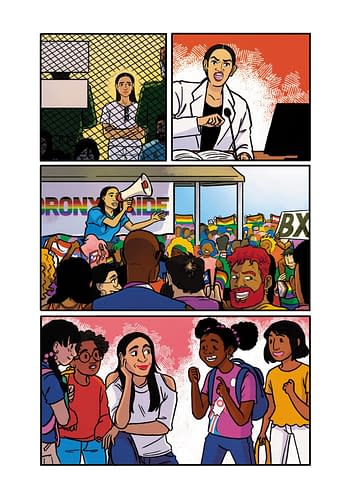 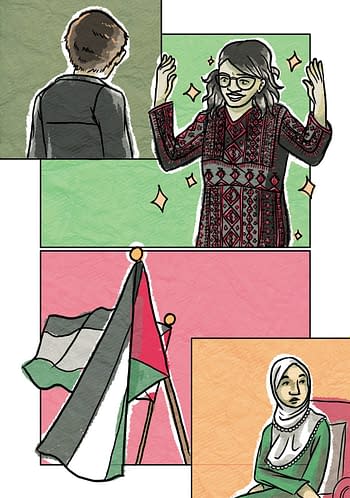 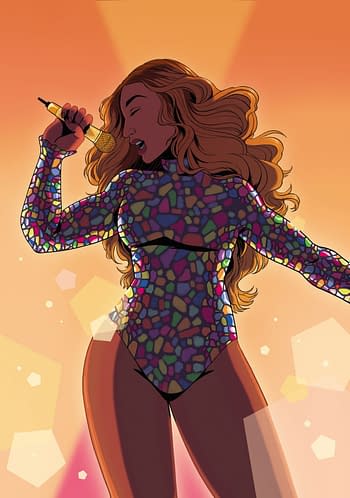 It appears that this was too much for someone at Warners. That the book would be seen as political was one thing, that it would be associated with Wonder Woman was, apparently, another. Decades after Wonder Woman became an iconic figure of the seventies feminist movement on the front cover of the first issue of Ms Magazine, from 1972 with her running for President of the USA, apparently these days Wonder Woman and modern politics don’t mix. 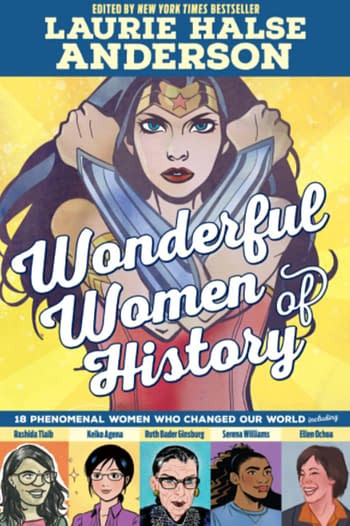 As a result, Wonder Woman has been stripped from the title. Originally planned to be published alongside the release of the Wonder Woman 1984 movie, it has been kicked from December 2020 into September 2021 instead and has now been renamed Wonderful Women of History. DC’s statement that the book is moving to 2021 to “align with Wonder Woman’s 80th-anniversary celebration” is a little disingenuous given that her name is no longer in the title –  and the history of that title was actually part of Wonder Woman’s history.

How to Get Mandalorian Left Thigh in Fortnite! - Find Beskar Steel Deep in the Belly of The Shark