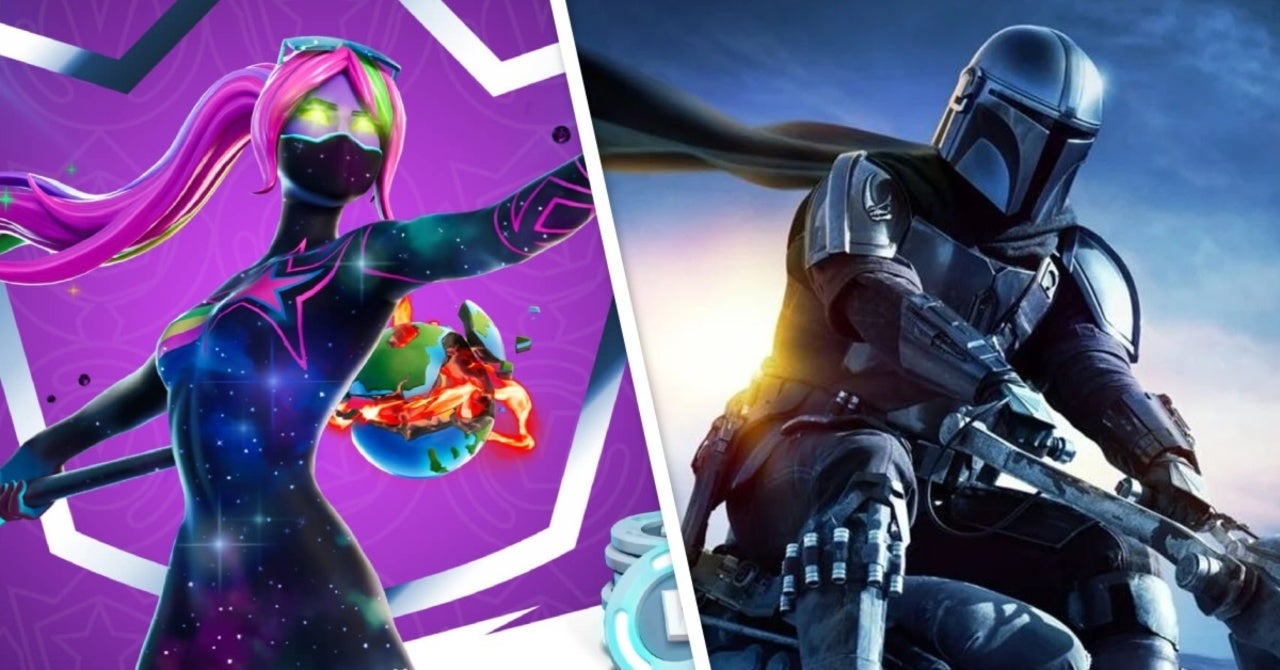 We’re almost a week into Season 5 of Fortnite Chapter 2, and players have been relishing in all of the new updates and changes it has made to the beloved Battle Royale game. One of the most buzzed-about additions has been a crossover with Star Wars: The Mandalorian, including the character appearing as one of the many new NPCs in the game, and the ability for players to visit the titular character’s Razor Crest ship on the map. In addition, there has been a slew of Mandalorian-themed cosmetics, from Din Djarin/The Mandalorian’s (Pedro Pascal) armor to a matching piece of back bling and glider. According to a new leak, there’s a chance that the Mandalorian crossover could soon be continuing. Reddit user SmearReddit recently uncovered a Mandalorian-themed pickaxe that is in the works, under the codename of “Cosmos”.

A Mandalorian Pickaxe is/was being worked on! Cosmos is Mandalorian’s code name and a WIP “CosmosWeapon” was included in the pickaxes this update. (via me) from r/FortniteLeaks

Fans have already speculated about exactly what this pickaxe could look like, especially after Mando recently came into a staff made of Beskar in the events of Season 2. That could definitely be a possibility, or a pickaxe themed around some other aspect of the character’s now-iconic getup.

Of course, this leak isn’t necessarily confirmation that a Mandalorian pickaxe is definitely on the way, or exactly when it would be available in the game. But this does provide an interesting indication of the lengths Fortnite is going to in order to foster its latest Star Wars crossover. After previously offering some cosmetics (and a surprisingly-canonical event) tied to the release of The Rise of Skywalker last year, and multiple “May the 4th” themed events, it’s safe to say that Fortnite has raised the bar with its Mandalorian-themed content.

Are you excited to see Fortnite get more content themed around Star Wars: The Mandalorian? Share your thoughts with us in the comments below!

Fortnite Chapter 2 Season 5 XP Coins – Are there any?

Cyberpunk 2077 Preloading Is Now Live On PC and Xbox