Allied Esports officially launched a new series of tournaments today as the Trovo Holiday Royale launched this morning. The event will consist of three $10k mobile esports tournaments featuring popular Battle Royale games like Fortnite, PUBG Movile, and Call of Duty Mobile. The event is being organized by Trovo and Allied Esports from the HyperX Esports Arena Las Vegas, as they will broadcast up nine days of mobile duos tournaments into three days of competition for each title. Today they are doing  Open Qualifiers for the public, as they will on the first day of all games, followed by two days of custom lobbies for Closed Qualifiers and the Finals. They’re kicking off the events with Fortnite running until December 22nd, with PUBG Mobile on December 23rd and December 26th-27th, and finally with Call of Duty Mobile from December 28th-30th. All competition and live streams will begin at 12pm PT, except for the December 27th PUBG Mobile Finals, which will begin at 3pm PT All of which can be watched on Twitch. 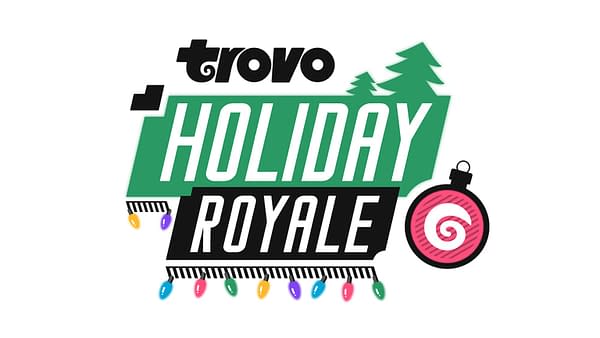 “To celebrate the holidays and wrap up our first official calendar year, we are excited to bring some competitive fun to the entire Trovo community with the Trovo Holiday Royale,” said Allen Chan, Senior Operations Manager at Trovo. “With streamers able to win prizes and rewards allotted for viewers, we are ecstatic to work with Allied Esports to deliver this unique tournament and entertainment concept to the Trovo family.”

“The Trovo Holiday Royale is an exciting opportunity to reward Trovo’s most loyal and active community members, while inviting new users to experience the platform in a competitive and entertaining way,” said Frank Ng, CEO of Allied Esports Entertainment. “We’re thrilled to partner our esports organization and production experience with Trovo’s growing platform and look forward to exploring more opportunities to work together in the new year.”