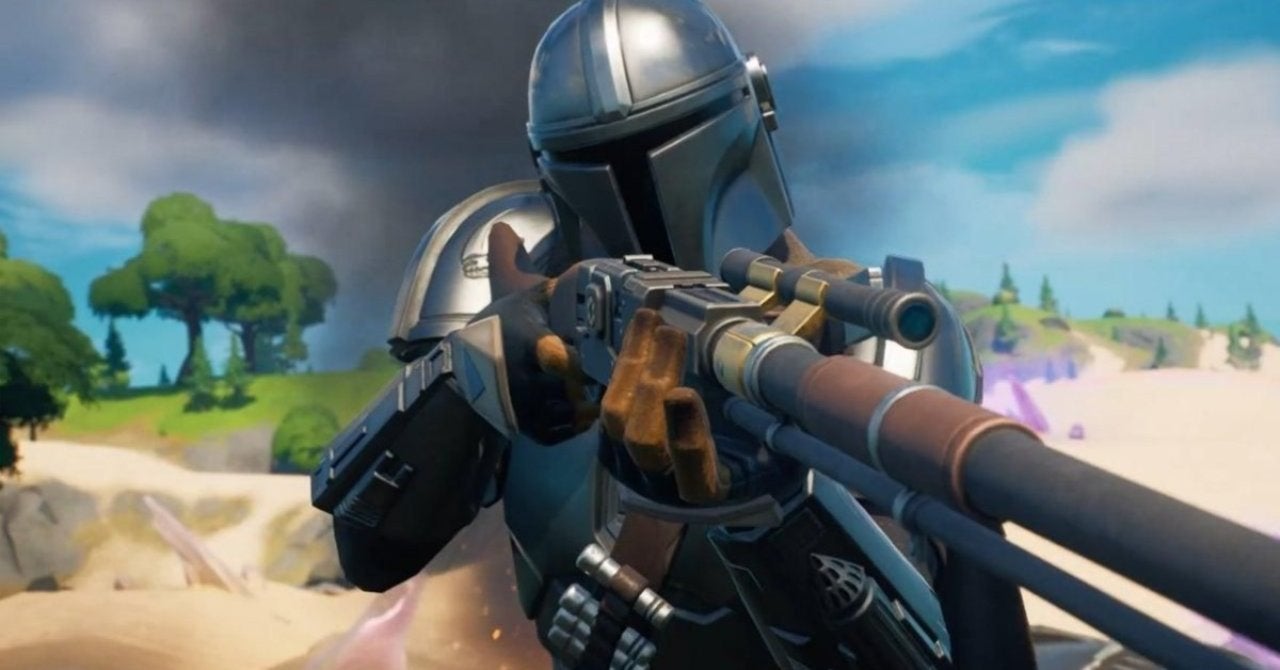 Last month, Fortnite chapter 2 Season 5 kicked-off with the release of new content based on The Mandalorian, but it seems that more could be on the way, thanks to a new leak. A leaked video shared by @TwitchTilted on Twitter shows a skin of Din Djarin’s Amban Sniper Rifle as a pickaxe in the game! It appears to work similar to any other pickaxe in Fortnite, but with a design that feels more appropriate for Din to wield. The character does not currently have a pickaxe option, so fans should be excited to see that this one could be on the way!

Video of the leak from @TwitchTilted can be found in the Tweet embedded below.

As with any other Fortnite leak, readers should take this with a grain of salt. Until Epic Games makes some kind of announcement, fans will just have to wait patiently to see when (or if) the pickaxe is officially revealed. It’s entirely possible that this pickaxe was planned to arrive at the start of the season, but plans changed, for one reason or another. The Amban Sniper Rifle already exists in the game as a weapon, so this could be a placeholder for the real pickaxe, when it eventually gets revealed. For now, fans will just have to wait patiently to find out!

Fortnite Chapter 2 Season 5 has a focus on the greatest hunters in the multiverse. Din Djarin perfectly fits that theme, and the character’s appearance in the game has been accompanied by several other notable elements from the popular Disney+ series. Players can snag back bling based on Grogu, a glider modeled after the Razor Crest, and Beskar armor based on Din’s upgraded design from the show. A pickaxe would help round out the character’s offerings, but time will tell whether or not that will end up happening, and if it truly will be based on Din’s trademark rifle!

Would you like to see Din Djarin get his own pickaxe in Fortnite? What do you think of the leaked video? Let us know in the comments or share your thoughts directly on Twitter at @Marcdachamp to talk about all things gaming!